All Change at the Interchange! 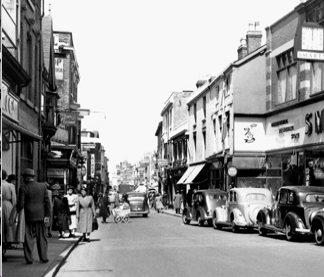 Stourbridge (near Birmingham) High Street, seen here in the 1950s, is very different today. Although not pedestrian only it is not a through route with traffic diverted via an inner ring road (green "loop" on map below) ... 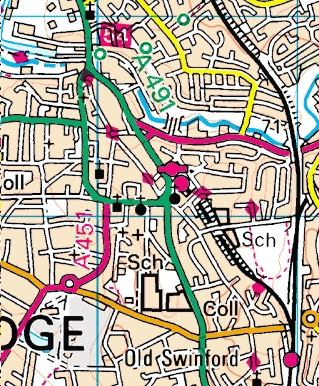 ... which fbb and Mrs fbb struggled to understand on their return trip from Abergynolwyn via Halesowen. The purpose of their stop was to have a look at the new Stourbridge bus interchange and ride the short line from Town to Junction station, also shown on the map extract above.
Historically buses in the town have been the province of Midland Red, indeed in the 1930s most routes left from an open area in front of the depot. 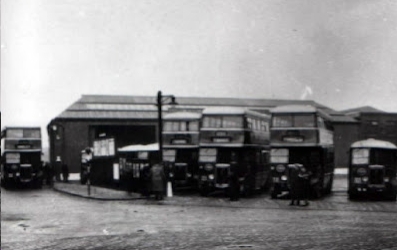 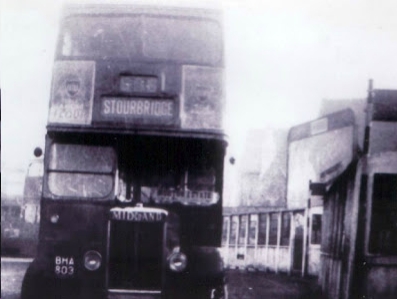 ... whilst longer distance services had departure stands under cover on the former garage forecourt. 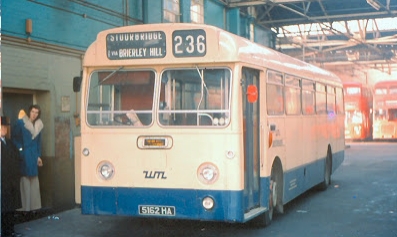 To allow buses via Birmingham Road to operated by double deck vehicles, additional stands were provided on Vauxhall Road thus avoiding a low bridge for a long gone freight "branch" as it crossed Foster Street East. 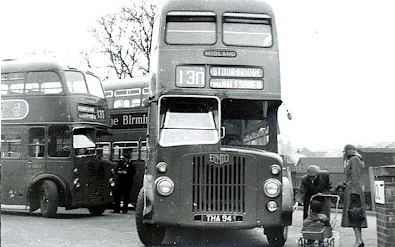 Ironically, it was at the top of Vauxhall Road where fbb found an empty two hour free parking place after failing to find any of the other parking areas in the town. This was after several abortive trips round one way loops leading frustratingly back onto the inner ring road. 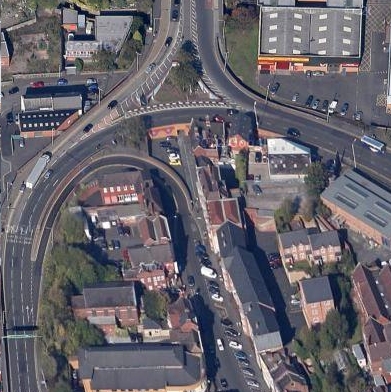 In the 1980s the three terminals were replaced by a single set of stands on land released by the demolishing of the handsome Town Station buildings. 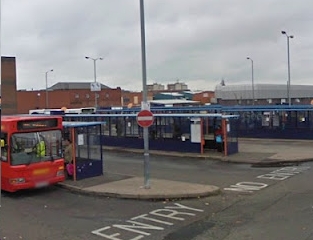 These locations can be found on this modern map extract. 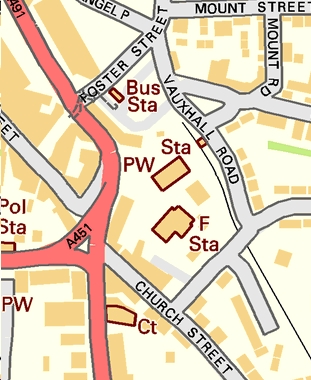 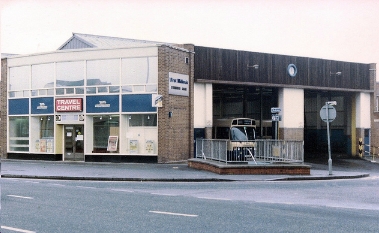 ... has gone, replaced ironically by a lavish car dealership showroom and vehicle park (see from a similar viewpoint; note railings for subway steps)! 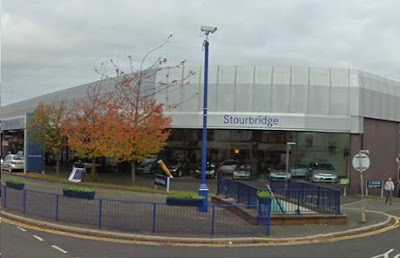 Things move on inexorably and in October 2010 the old bus station closed to be replaced by a lavish new interchange which opened in April 2012. In view of his lack of enthusiasm for the Halesowen facility (read again), fbb was anxious to see if Stourbridge offered anything better.

Meanwhile, it is appropriate to record that the very resourceful Centro (or is it Network West Midlands?) provided a town centre circular bus to compensate for the temporary loss of the bus station. 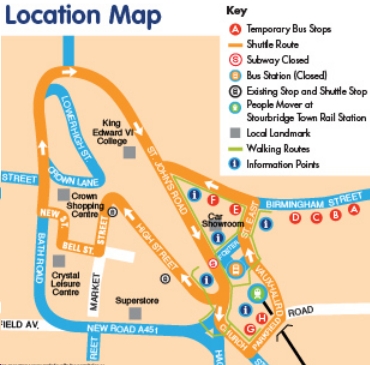 There was pressure to extend operation of the service even after the new facility was opened and the route continued until July 2012 but then ended for good. Alas, fbb has (so far) been unable to trace any photographs of this relatively short lived operation.