Marathon, redolent of the energy needed to run a long race, became Snickers; redolent of?? A frenchman trying to pronounce the American word used for "trainers"? 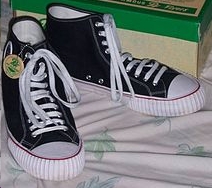 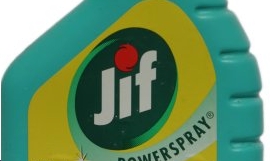 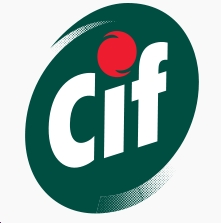 ... except in Australia, apparently. There must be some good reason; but it's all about branding and what the name conjures up in the mind of Joe Public. Advertising gurus say that it does make a difference.
There never was a company called Midland Red; from 1905 to 1974 it was the Birmingham and Midland Motor Omnibus Company Limited, or BMMO for short.

On the side of the buses, the short "Midland" logo was applied. 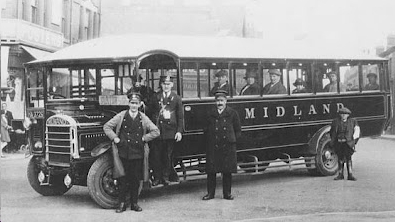 The buses were painted red and thus was a legend born!


As competition burst forth on the deregulated streets of Sheffield, certain routes were branded "Mainline"; the brand indicating high frequency and "quality". 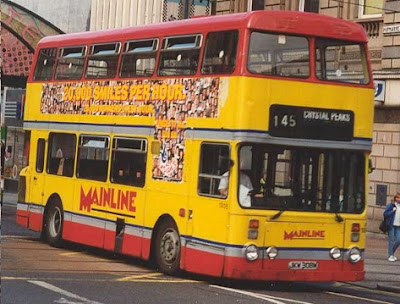 Then privatisation came along and everything became "Mainline" until the sell-out to First.
Further south, Bluestar was the brand for frequent (?) inter-urban services run by Solent Blue Line. Now it is the brand name of the whole operation.
The recent demise of Wilts and Dorset in favour of the previously route-specific "More" ... 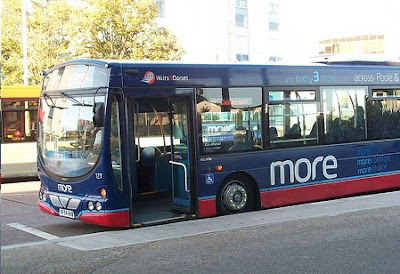 ...and the use of the successful "Reds" brand in Salisbury ...

... for everything in the north of their area, seems strange. What sort of message does it give? The company may hope that the successful image of "More" and "Reds" will enthrall passengers so much that they will rush to use even the most meagre of rural tendered services, thus turning these marginal opertations into hugely profitable contributors to the business.
Hmmmm?
Blog reader Bob has sent in this little "juicy bit" from the "Salisbury Red" web site. It concerns service 19 between Pewsey and Marlborough. 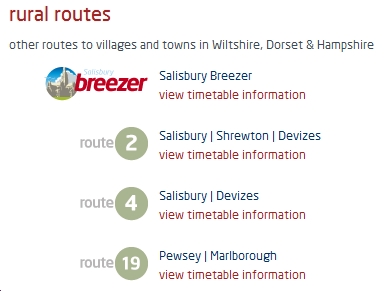 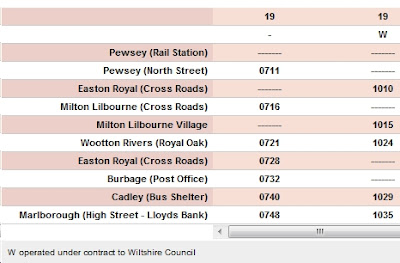 We  note that the 1010 from Easton Royal to Marlborough is coded "W", "operated under contract to Wiltshire County Council."
Probably useful information for somebody but utterly irrelavant for the occasional (VERY occasional) passenger. BUT, click on the little button for the "full timetable" and this is what appears ... 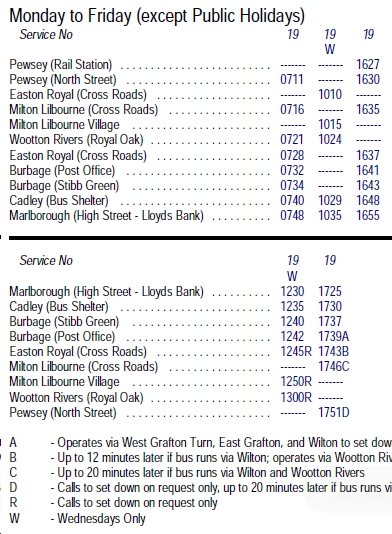 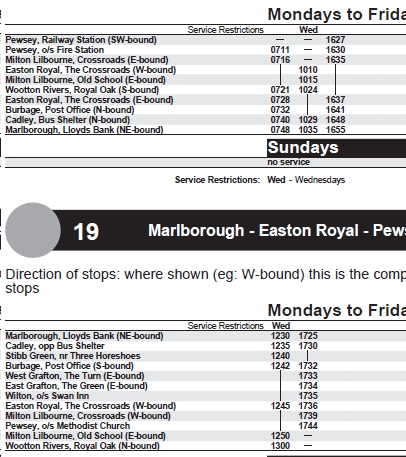 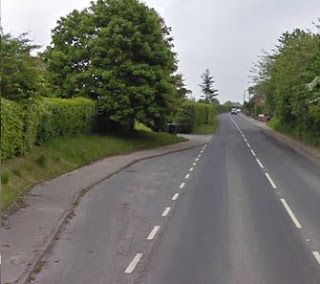 for the 1010 to Marlborough
Maybe even let Wilts and Dorset (sorry, there we go again, let "Salisbury Red") know, they don't seem too sure.

You might like to muse over the differences in timings for the 1725 journey from Marlborough as per Salisbury Red  and Traveline; and whilst so musing think about the effect of the various notes on the "Red" timetable and, in turn, their effect on passengers relying on Traveline and waiting at, say, Milton Lilbourne at 1739 to go to Pewsey. 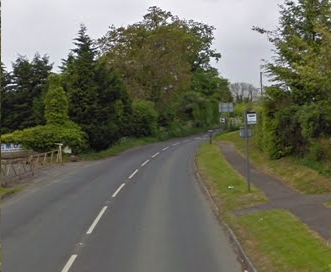 On the LEFT, the equally lavish stop for the
1739 from Milton Lilbourne to Pewsey
Or the 1746. Or the 1806?
A quality "Salisbury Red" brand?
Reliable information?
Next Blog : Wednesday 15th August
Posted by fatbusbloke at 02:18