For past dates it's about slates. 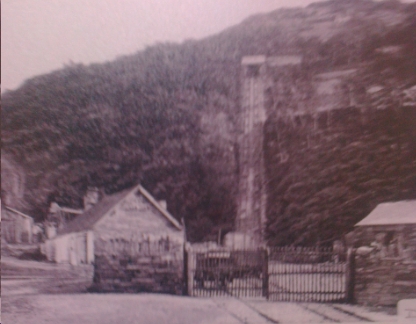 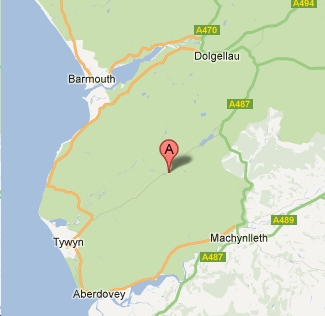 Abergynolwyn ("A" on the map above) was, almost exclusively, a slate workers' village supplying labour for the Bryn Eglwys quarry. 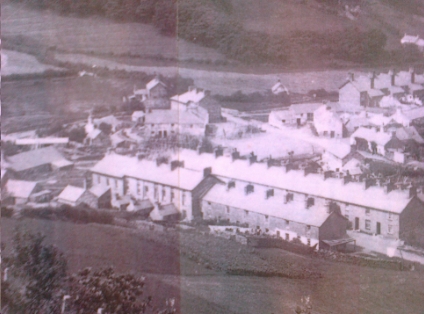 fbb and Mrs fbb are staying in one of the three story "cottages" to the left of the nearer row of buildings. The terrace once had a shop ... 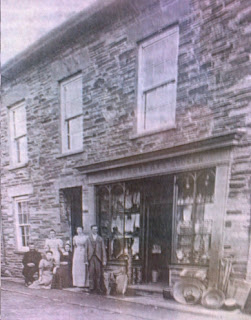 ... and there were other shops in the village plus two different "flavours" of chapel and one "episcopal" church. Back in the early 1900s Mr Pugh was king of the village trade; he was landlord of the "Railway" pub and owner of a bus! 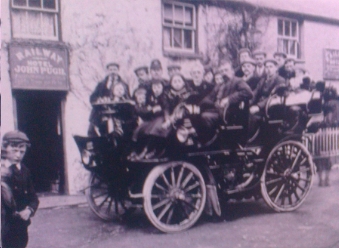 The slate mines closed in 1948 and the village declined progressively thereafter. There are now no shops in the village, but the pub is still there and gives its name to the bus stops. Whilst all the information about current bus services is available on-line, it is sobering to see what can be discovered in reality.
It's not easy.

Although the heading implies that there are five journeys Monday to Friday, only two actually get to Dolgellau; the 0815 and the 1725. Thus there is no way of getting direct to Dolgellau on a Saturday. This is explained in the notes with every journey needing some qualification. It is easy to get confused and much of this potential befuddlement could be overcome by glueing a copy of the timetable into the frame. 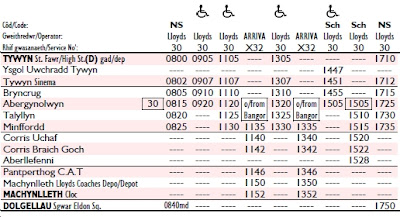 This, from Lloyds Coaches, makes a better job of giving comprehensible information including "useful" connections for Machynlleth. At least they would be useful if there were sensible connections in the other direction. The 30 leaves Minffordd at 1140 but the X32 arrives to make the "connection" at 1038. 62 minutes to wait here:- Perhaps not? No stop signs, no shelter; just the pub for refreshment and solace. 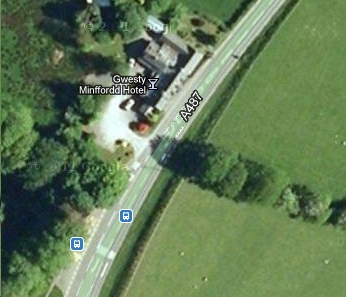 From Abergynolwyn, in the other direction, it's easier in that everything runs to Tywyn ...

... but the stop is not particularly welcoming. 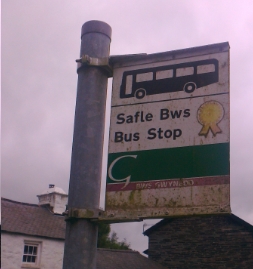 Shelters? What are they? Nevertheless the 1152 to Tywyn did arrive, empty. It arrived early and waited for the correct departure time and picked up ... 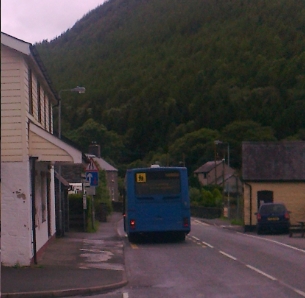 ... nobody! (in case you think fbb is telling porky pies, the one person in the picture at the bottom of this blog was making an enquiry; he did not travel.) similar loadings were observed on the following day. Had there been any boarding passengers, they might have been impressed with the appropriate route branding at cantrail height on the Lloyds of Machynlleth vehicle. 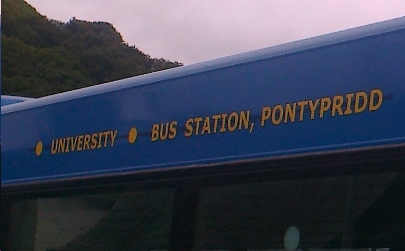 Pontypridd is about 120 miles from Abergynolwyn and is most definitely NOT served by route number 30. The vehicle was delivered new in 2000 to Ulsterbus ... 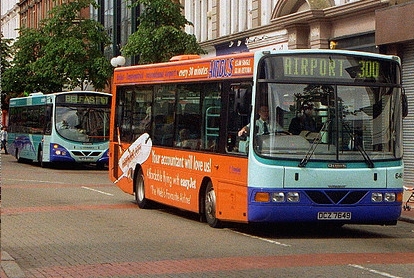 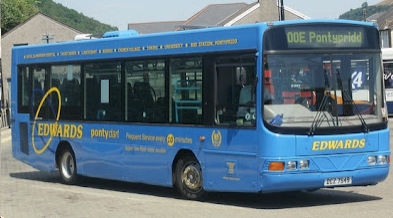 ... where it gained its Pontypridd branding. Lloyds acquired it in late 2011 and by August 2012 hadn't quite peeled off all the lettering. Never mind, there weren't many passengers to be confused! 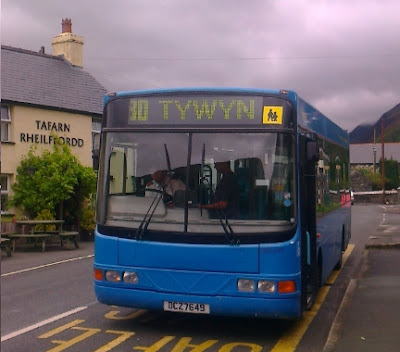 Nevertheless a combination of a little local research and on-line timetables means that journeys can be made to Tywyn for shopping and to Dolgellau for post-16 education at Coleg Meirion-Dwyfor. Only the brave might risk connections in the middle of nowhere to Machynlleth via the impressive Centre for Alternative Technology.
In this day and age (as they say) perhaps the residents of delightful Abergynolwyn should be pleased to have a bus at all; but fbb does wonder whether more people might use the service if they could have some clear printed material on the mantelpiece.
And therein lies a growing problem and it's getting worse; as we shall see tomorrow.

Tailpiece!
Yesterday, lunch was taken at the Community Centre caff in Abergynolwyn. It was superb in every way; delicious Welsh roast lamb and plenty of veg. 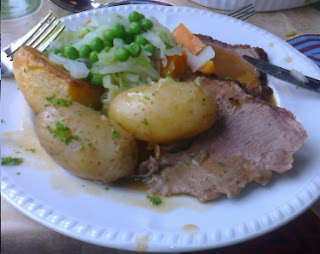 Sadly, pud (fruit sponge and lashings of custard) was so good that ... 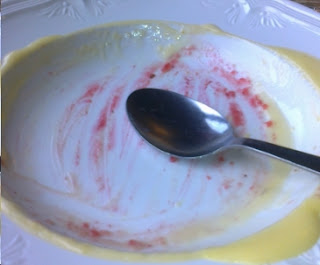 ... well, you understand. Booking is essential, the caff is small but beautifully formed. It most definitely has the fat bus bloke seal of approval.