Pre-emptive Strike :  First launch a major new network in Southampton. In some areas this increases competition with Blue Star; e.g. the X2 to Millbrook. 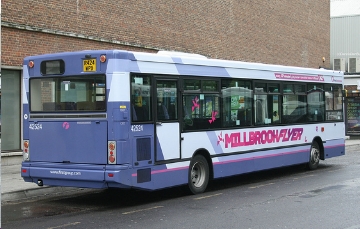 Response (delayed) : Bluestar introduce a new service 16 on 30th September in competition with First and within the former Southampton City area. 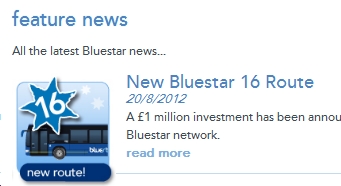 
Three refurbished single deck Volvo buses, complete with WiFi, easy access for wheelchair and babybuggy users, and comfortable seating, will offer a 20 minute Monday to Saturday daytime and 30 minute evening and Sunday daytime service on the new Route 16 from Sunday 30 September. The new 16 will provide a direct service between Townhill Park, Portswood and the city centre. It will also provide Wakefield Road and Cobden Avenue with a new link to the city centre.


Townhill Park is a large estate of former Council properties ... 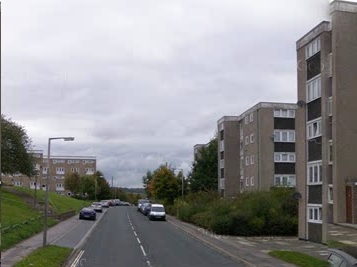 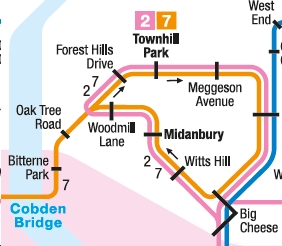 ... in some ways, but different in detail as Southampton experts will recognise. 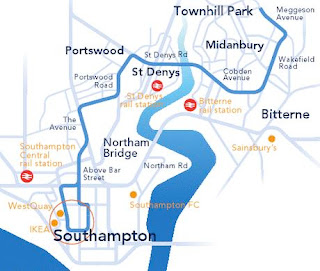 It would appear to offer a simple "out-and-back" rather than the often-difficult mega-loops of First's routes. fbb is indebted to the "Sotonbus" blog for ferreting this out!

Needless to say this has not gone down too well with the incumbent operator.
.
Rethink : On 11th October First introduce a new service to Hythe in direct competition with Bluestar and well into the traditional Bluestar area. 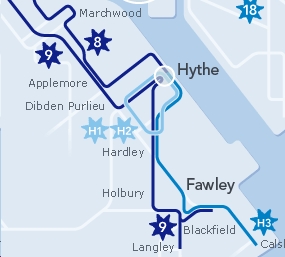 No details yet available, although fellow blogger "Busing" suggests a 20 minute frequency is planned.

fbb comment  : Previously "friendly understanding" is abandoned. battle lines are drawn. And when Southern Vectis attacked Southampton Corporation, wasn't "inner Southampton" one of the chosen battlegrounds with Solent Blue Line's copy-cat services competing directly with city routes? And. specifically wasn't there a service 140 which competed with the Corporation's 14 to ... 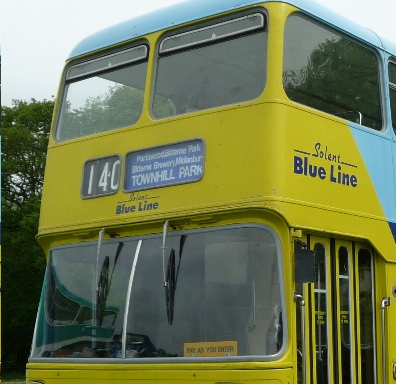 Solent Blue Line begat Bluestar and so, what goes around comes around!

Pre-emptive Strike :  Citybus start a new service to Ivybridge, well outside their traditional area and competing with First and Stagecoach. 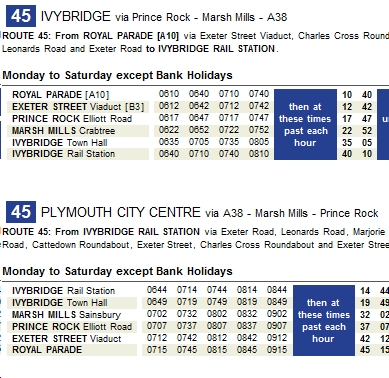 Ivybridge? Once a small village on the road between Plymouth and Exeter ... 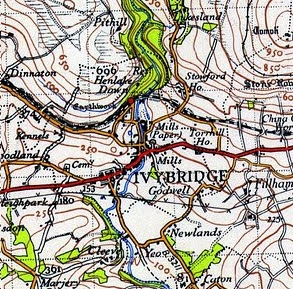 ... now a significant "dormitory" town, by-passed by the much improved A38. 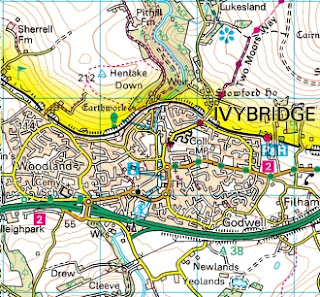 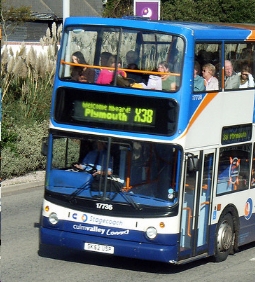 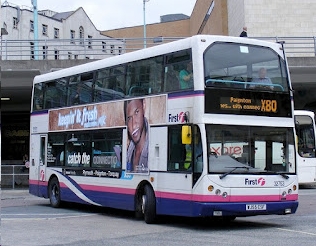 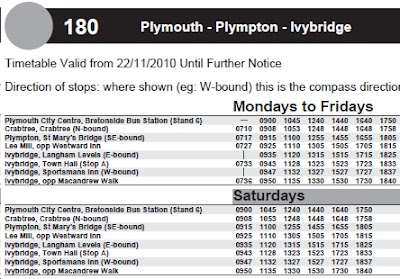 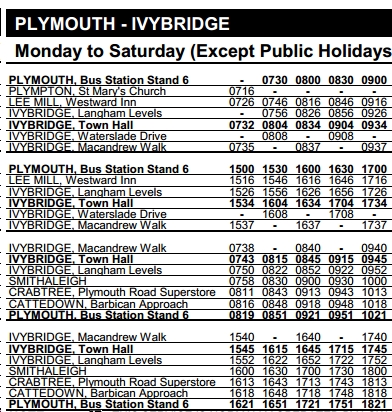 fbb comment   : four buses an hour to Ivybridge PLUS the existing longer distance routes? Unsustainable. And back in the "good old days" didn't Western National (pre "First") run every half hour to Ivybridge; then First backed out? Here's an extract from the 88 timetable from c1996 ...

And one final thought. Who will be paying for all this excess capacity during the aggressive competitive phase? Not just the residents of the Dearne Valley, Ipswich, Southampton and Plymouth, unfortunately. In the end we all dig into our not-very-full pockets with higher fares nationally as the various companies seek to balance their books and provide their shareholders with attractive dividends.

Is competition in public transport really a good idea?
.
fbb will keep an eye on these developments and report in more detail where appropriate.


Next Blog : Thursday 30th August
Posted by fatbusbloke at 03:46