And so to "gorsaf bws" in Newtown. 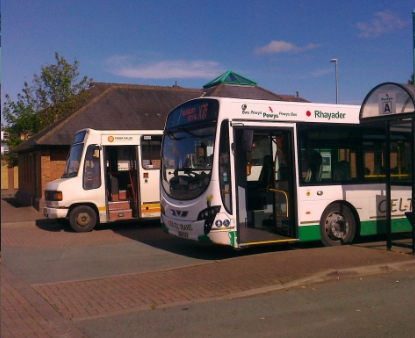 Did it have toilets and were they open? YES! 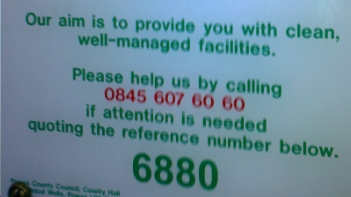 Were they clean and well managed? No. Modesty and embarrassment precludes a photograph.

Was there a cafe and was it open? 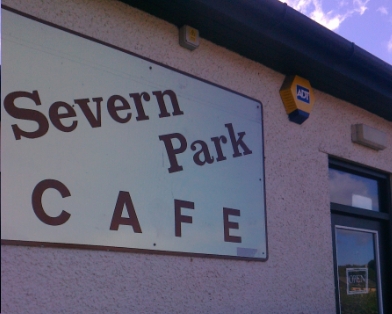 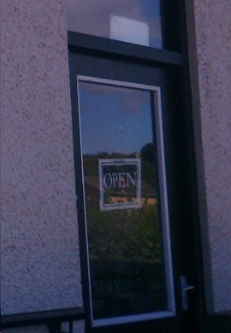 Was there an enquiry office? Sort of ... 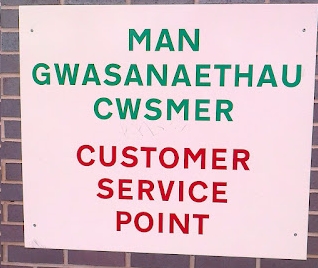 ... a Powys county general office which, hopefully might have some timetables. Was it open?

On Saturday afternoon; don't be silly! But, hold fast there, what is this we espy mounted in the wall of the offices? A cash machine? No ... 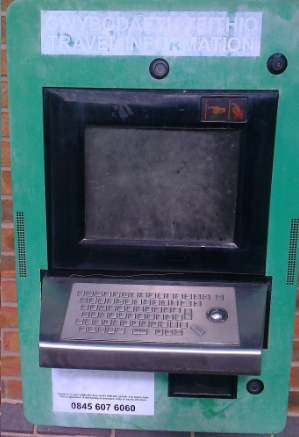 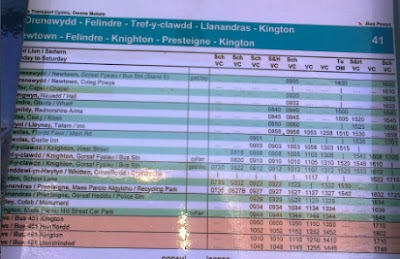 There were timetables. You could actually work out where you were going and when you would get there. It's this sort or astounding innovation that brings a joy to the heart and a lump to the throat.

And there were some nice buses going to far away places with strange sounding (Welsh) names. The T4 was trundling forth southwards all the way to Llanfair-ym-Muallt, Aberhonddhu and Caerdydd. 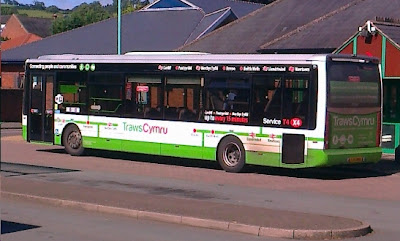 The X75 was running northwards to Y Trallwng and Amwythig. 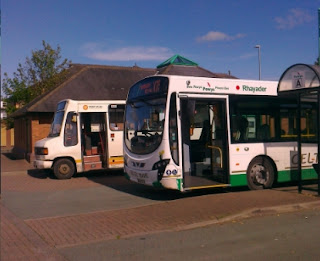 And, of course, the Newtown town service bus pottered in and out ... 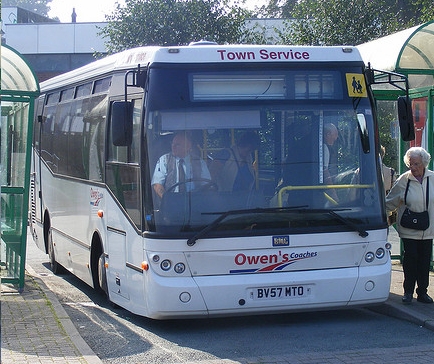 ... and this Tanat Valley minibus was going somewhere but fbb forgot to look where. Sorry! 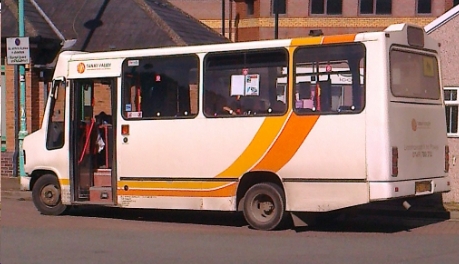 By now, of course, the chubby one's excitement was at an all time high and refreshment was needed. With the bus station "greasy spoon" being open (i.e. closed), fbb retired to the Davies Gallery at 1635 to study their advertised menu. Sadly even fbb's minimal knowledge of welsh failed to translate this delectable item (?).

Perhaps it wasn't in Welsh after all?

And the cafe had closed, unannounced, at 1630, despite the fact the the menu board was still on display at the entrance. Boo!

Oh, and the mystery picture from yesterday?

It's a design for a beach hut in the form of a glass of gin and tonic. (And you though that this blog was daft at times?) The exhibition was entitled "Bathing Beauties" and consisted of hundreds (240) of models (not the scantily clad kind) illustrating the artists' ideas for futuristic beach hits.

Ideal for the sandy beach at Newtown! And here's a full size one on show at Mablethorpe. 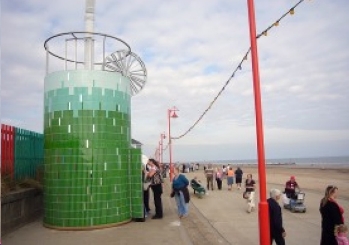 fbb is informed that cous-cous is a sort of savoury wheat porridge; halloumi is a rubbery cheese (yummy yummy) and tzatziki is cucumber and mouldy milk aka yoghurt. How does that plate of loveliness (?) compare, say, with a full breakfast at ASDA Halesowen? 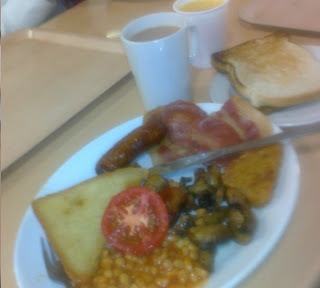 Next blog : Monday 27th August
Posted by fatbusbloke at 05:00