Who would be a Manager, Eh? 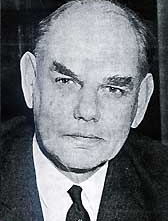 One of fbb's transport heroes is the late Gerry Fiennes, Gerard Francis Gisborne Twisleton-Wykeham-Fiennes to be precise. [and Wikipedia, like many others, has his name spelt wrongly; Twistleton does not have that middle "t"!]. He was sacked by the British Railways Board for writing what should be essential reading for all transport "management". 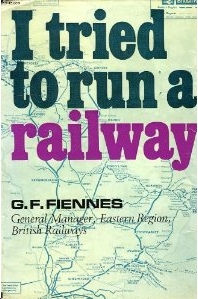 His venom was, indeed, directed at Government, the Board, legal advisers, health and safety (if it had existed then); in fact anyone who prevented managers from managing. One of his anecdotes  concerned a fatal crash involving an overnight sleeper from Kings Cross (Connington 1967?). 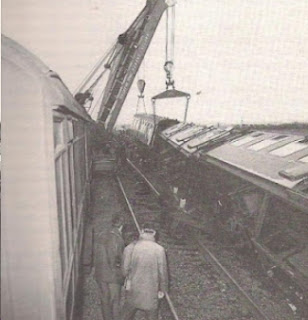 Staff had sweat buckets overnight to clear at least one line for the following morning. Ballast has been relaid and rails replaced; debris was stacked in fields alongside the line.
Work was starting on the second track when a telegram arrived from the Accident Investigation people saying "Touch nothing till we get there." Bonkers! And it is 100 times worse today. But of course Fiennes was right; the priority was to get the railway running again so as to reduce negative impact on passengers.
Sometimes it works (doesn't work) the other way. Managers can be really frustrated when their minions don't grasp the carefully considered policy of their superiors. First Bus has created a stunning new livery for service X1 from Bristol to Weston-super-Mud; so it must be really frustrating to see this ...


A beautifully re-branded vehicle with all its positive image implications; but on the wrong route! 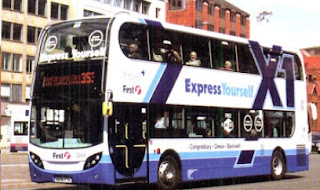 The 353 goes the slow way to Weston; hardly prestigious.

And you have to feel sorry for Giles Fearnley, head honcho of First Bus. He is appointed to "sort out" an ailing company, chunks of which are "not performing up to expectations". Now that's management-speak for "losing eye-watering amounts of dosh". So, being the consummate manager that he is, Fearnley starts pruning the sick plant.

A chunk of his London operations goes ahead to GoAhead; Lothian doesn't want another bit of Lothian and next on the list for the big snip is "Barnstaple".  It goes a bit like this:- 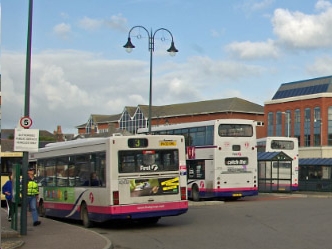 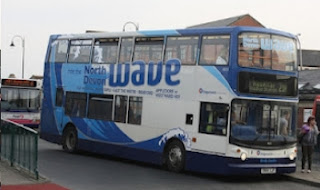 Refers the deal to the Competition Commission,

and so lots of highly paid people (paid by you and me) can earn lots of "legal" money.

A range of alternative options including the potential sale and transfer of employees and assets to Stagecoach Group plc were fully explored. That option will no longer go ahead following the Office of Fair Trading's announcement on 10 July that it was referring the case to the Competition Commission.
.
First announces compete closure of "Barnstaple"

First Devon and Cornwall today (23 July 2012) announced plans to discontinue its bus services in the North Devon area, including closure of the Barnstaple depot.
.
Stagecoach announces expansion of its "Barnstaple" network

This creating a "monopoly"!

And it didn't cost uncle Brian a penny extra!

Now that is smart??? Yet it isn't at all smart for the First Bus bus drivers who will lose their jobs and it's certainly not at all smart for Fearnley who won't get the money from Stagecoach and will have to pay out substantial amounts in redundancy.

And, to cap it all, the same gang of "grey suits" who didn't want Uncle Brian to have a monopoly in North Devon so gave him one "on a plate", happily approved McGill's "monopoly" take-over of Arriva in the south west of Glasgow.

Who would be a manager, eh? And now First are "under attack" all over the place as we shall see tomorrow.

P.S. Where was this bus photographed? 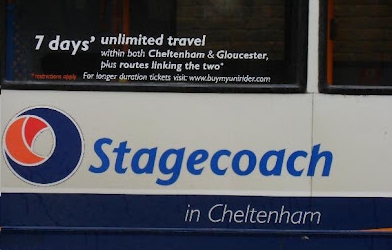 Obvious? On a local service in Peterborough, of course!