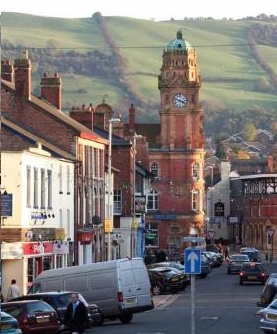 As with many successful businesses, Pryce Pryce-Jones started small with his own little shop selling drapery just off Broad Street.

Newtown had always had a woollen industry and it was this local Welsh Flannel which formed the mainstay of Pryce-Jones' business. It was the reform of the post office ... 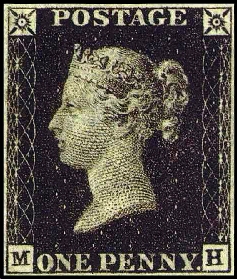 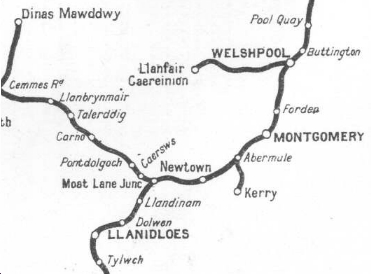 ... which helped turn a small rural concern into a global company. Pryce-Jones hit upon a unique method of selling his wares. 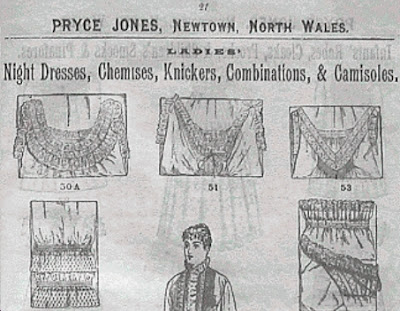 People would choose what they wanted from leaflets he sent out and the goods would then by dispatched by post and train. Thus is 1871, "Mail Order" was invented!
Whilst the original "Royal Welsh Warehouse" still stands adjacent to the railway station ... 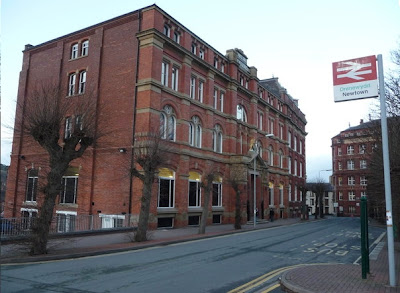 ... Pryce-Jones' later, much extended, headquarters building (seen above in the background) ... 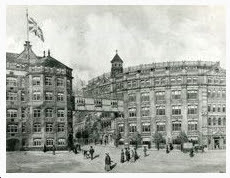 ... had recently succumbed to the demolisher's huge concrete ball. On their welsh holiday, fbb and Mrs fbb met up with chums Peggy and Richard who escorted the old fogeys on a fascinating trip to Newtown. The target of their visit was the Textile Museum, where a railway signalling arm ...

...commemorated the importance of the railway in the development of the town's weaving industry. 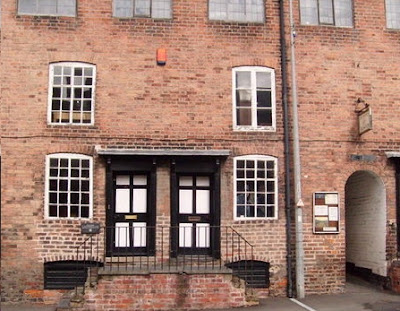 Admission to this fascinating museum was just £1 for non-Powys adult  residents, but only 50p for "foreign" fogeys. Even better, admission to the Davies Art Gallery ... 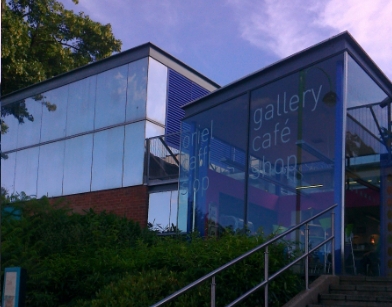 ... was entirely free! Bargains all round.

Gwendoline Davies (1882-1951) and Margaret Davies (1884-1963), two sisters from near Newtown, amassed one of the great British art collections of the 20th century. Together, they bequeathed 260 works to the National Museum of Wales in 1951 and 1963, completely transforming its art collection in character, quality and range. The Gallery is named after them.

What our "hosts with the most" had overlooked was a further thrill in the Newtown visit. Next door to the gallery was the exciting bus station (?). 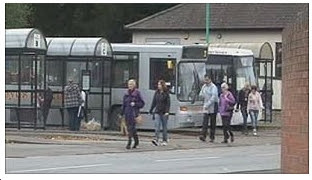 will leave you today with a puzzle picture ...

... and a simple question, "What is it?" All will be revealed in tomorrow's enthralling episode. 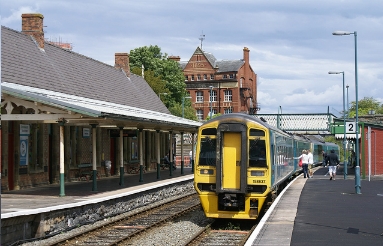 Who would have thought that public transport had a part to play in the invention of today's vast mail order industry. Indirectly, then, Amazon owes its very existence to Pryce Pryce-Jones, Rowland Hill and the Cambrian Railways! Well, maybe.