Why did you tarry Mr Parry? 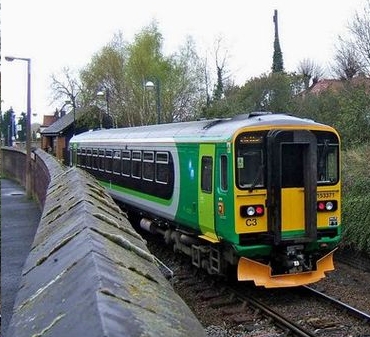 In December 2008, the diesel service between Stourbridge Town and Stourbridge Junction Station was withdrawn and replaced with buses, much to the disgust of local commuters. Apparantly the one-coach class 153 until was required to improve services elsewhere.
But the story begins with Mr Parry's "People Mover". This little fellow has appeared in Himley Park (West Midlands), on several Welsh narrow gauge lines and even on-street in Brighton. 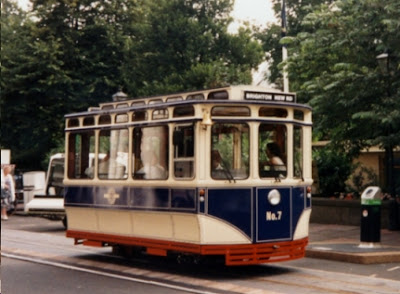 A further development was the PPM35, an up-to-date design and a more "trendy" image which appeared on the short Bristol Harbour line, and elsewhere. 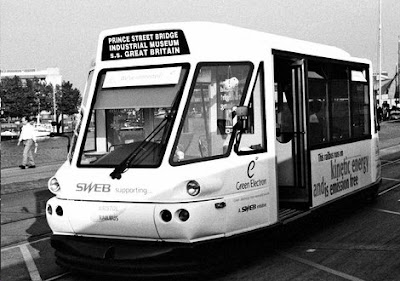 Then a year-long experimental Sunday public service, operated by Pre Metro Operations Ltd with  PPM50 on the Stourbridge Town branch, ran for a year and came to an end on 17th December 2006. 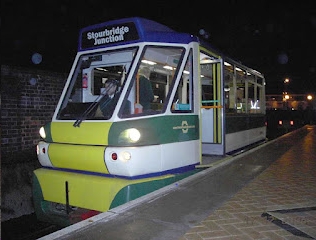 The operation achieved 99% punctuality and reliability figures, and gave an 80% reduction in carbon dioxide emissions compared to the heavy rail Monday-Saturday diesel railcar service (which continued as normal). The unit was given number 999000 by the "deep throat" railway computer system.

As a result of the success of this operation, the West Midlands Passenger Transport Authority and Centro called for the Stourbridge Town branch to be converted to PPM operation under the new franchise arrangements coming into force in November 2007.
This was all due to "kick off" from the December 2008 timetable change ... BUT ...
Replacement buses ran until March 2009 due to the previous Class 153 being reallocated from December 2008, this being the date the Parry People Mover was originally intended to start working the service. The delay was caused by the interminable approval procedures which ensure that anything that might want to run on our modern privatised and over-litigious railway has to be passed by droves of over-paid committees and groups; including, quite possibly, The Archbishop of Canterbury.
However due to customer feedback, the Class 153 was re-introduced from 15 March until Mid June, when the Parry People Mover finally entered full service.
So fbb gave it a go in 2012! 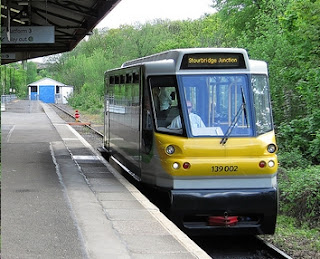 Designated Class 139 the larger PPM60 unit trundles up and down every 10 minutes Monday to Saturday and four times an hour on Sundays. London Midland seem unable to print a simple timetable, so her's one fbb made earlier using sticky backed plastic and some old egg boxes. [click on the timetable for a more legible image] 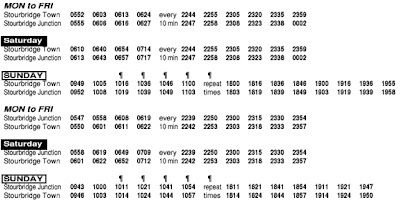 The ride is underwhelming and slow (20 mph speed limit on most of the line) but, disturbingly, interrupted by a regular electronic squawk about every minute. The man who was checking tickets told fbb that this was the modern version of the "dead man's handle", whereby, if the driver fails to cancel the squawk, the brakes will come on. Might save rolling spectacularly into the new bus station? 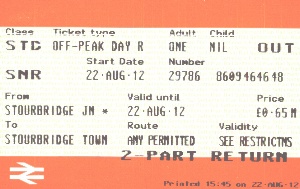 65p old fogey return; cheap as chips. (Actually, as Mrs fbb pointed out gleefully, it isn't that cheap. The line is about half a mile long, so it's thirteen shillings or 65p a mile. So it's rather expensive!)

So what's special about a Parry People Mover. It's the flywheel, man! 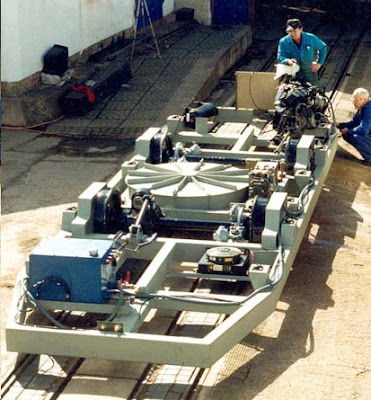 The idea is that a little diesel engine chunters away continuously keeping the flywheel, well, flying. When the unit starts it's the flywheel that gives the acceleration and when it rolls downhill the flywheel gets a boost. One possible variant would be to have a little bit of conductor rail at the stops and whizz the flywheel electronically.

This project has been so successful that there is a cunning plan afoot to use Mr Parry's bigger People Mover (bigger train, not just for bigger people!) ...

... to trundle up the old bit of the Oxford Worcester and Wolverhampton Railway northbound from Stourbridge Junction to Brierley Hill. [more on this soon.] 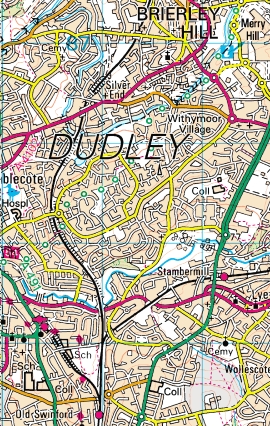 If you, like fbb, are excited by these developments, you might like to watch a rather boring video of the Parry People Mover in action (here). 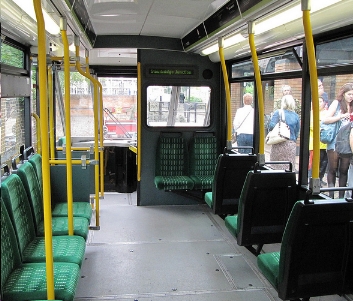 Tomorrow, fbb launches an introduction to the "Fat Bus Bloke Bible Blog" which, depending on interest, will be developed over the next few months. It is NOT aimed at the "holy few" but offered as a quirky, lively and non-preachy look at "The World's Best Seller" (and the world's least read!). A link will be provided from tomorrows bus blog.