As is becoming usual, one of the Wightlink boats was busted; fortunately not ours!
1023  Portsmouth Harbour : First Great Western
1144  Salisbury

Four minutes late and a quick dash via the subway 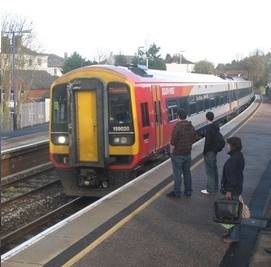 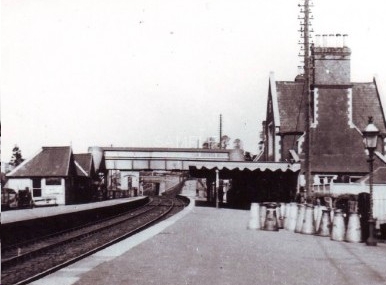 ... has recovered from its near obliteration under Dr Beeching's proposals. The line was reprieved but single-tracked in 1967. Passsenger numbers were buoyant and services have been progressively improved until a new loop at Axminster has allowed Southwest Trains to provide the best ever service on the line, namely every hour between London Waterloo and Exeter and half-hourly between Waterloo and Salisbury:- 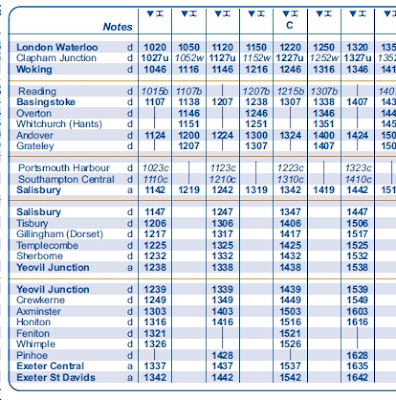 In 2011 the rebuilt station was re-rebuilt. Here the various rail staff and local dignitaries stand admiringly in front of the small but well appointed structure. 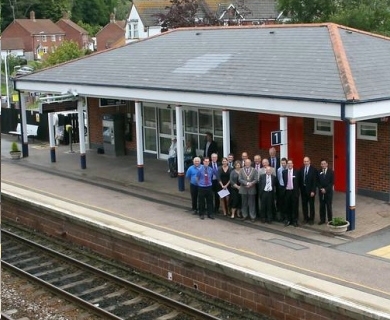 The No 52B bus to Sidmouth actually pulls in to the Station forecourt and with a deft reverse stops at the far side of the station building. [O.K. this one isn't at 52B, but you get the idea.] 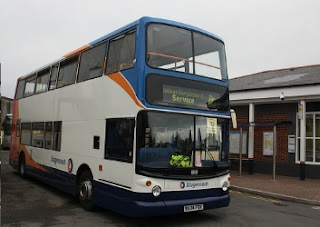 Disappointingly, although Devon County have provided a frame with timetable near the Shelter for the 52B and for the odd 367 journeys that serve the forecourt, there is no other bus information at all, even for those routes which stop on Church Hill, just outside the station car park. [e.g. the rest of the 367, a useful link from the station to Honiton's housing estates.] 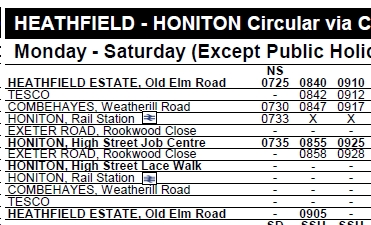 Stagecoach runs the trains and most of the local buses, but there are no bus timetables in the racks at the ticket office.
Oh, and the poster showing station facilities gives misleading information about bus stops. Presumably young Gerald, on a job creation programme, merely printed out an old plan.
fbb and Mrs fbb join the bus, spot on time, and off they go to Sidmouth. The 52B runs in a loop via Honiton town centre, the station and the hospital. 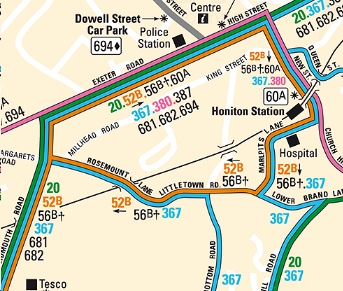 It provides excellent connections with the train service from and to London; BUT, the easiness of the integration is not promoted; either by Southwest Trains or by Stagecoach Devon or even by Devon county.

Why not?
The bus starts climbing, past Tesco, past a settlement with the delightful dentistry designation of "Gobsore Farm"**, and up onto one of the many Devon ridges to a summit at ... 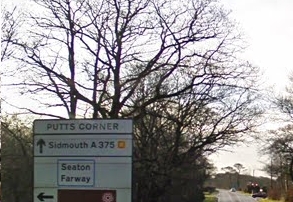 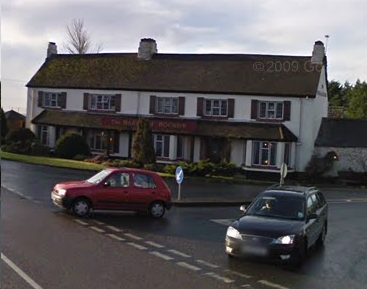 ... as used as a time point in the 52B. The road then starts descending with superb views down into the valley of the river Sid on your right. Soon you get your first panoramic view of Sidbury, Sidford, Sidnouth and the sea ... 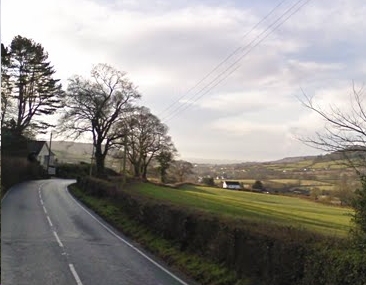 ...but much more spectacular from the top deck. 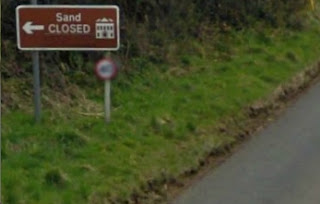 fbb wll reveal where and what "Sand" is; and complete the journey to Super Sidmouth, in tomorrow's blog.

** Gobsore sounds like a joke; but this is a pic of Gobsore Copse on the slopes of Gittisham Hill ... 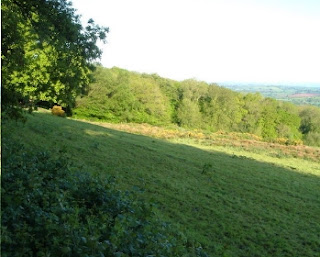 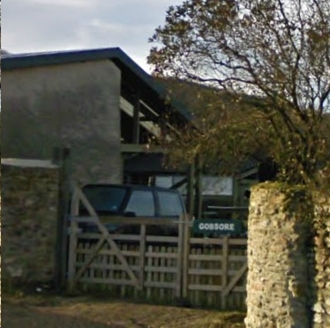 Next blog : due Monday November 28th