Finding the Ferry with River Ramifications. 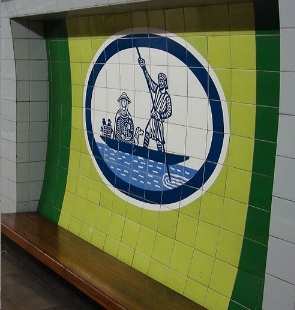 The Victoria Line tile mural at Tottenham Hale shows an ancient ferryboat with passenger and luggage. The station is (sort of) on Ferry Lane, seen here with a subway exit on the left. Nowadays, it doesn't look much like an idyllic rural lane leading to a ferry! 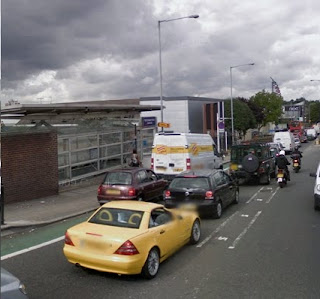 So, where's the ferry?


In Roman times, the River Lea flowed fast and wide and was tidal as far north as Hackney Wick. As an increasing number of water powered mills were set up, water flow became less reliable; thus to aid navigation and maintain water levels the first lock was constructed at Waltham Abbey in 1577.
For 1769 onwards there was a concerted effort to develop navigation on the Lea as far north as Hertford. So it was that a lock was built at Tottenham in 1771. It could be that this was when the former ferry was replaced by a toll bridge which remained in place until 1877. Further canal-type improvements was added in 1850 and, at the southern end near the confluence with the Thames, the Prescott Channel was built in 1935. It was in this channel that the demolished Euston Doric Arch was dumped in 1962. See "Euston, We Have a Problem 4 (read again).
In 1955 the last horse drawn barge operated on the Lea ... 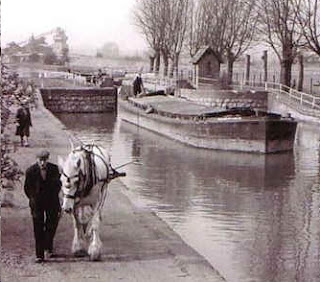 ... was hauling barge-loads of timber from Bow to Brimsdown. The once busy waterway ... 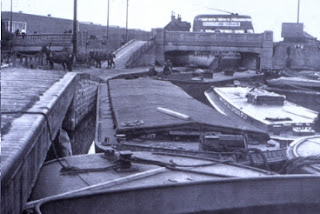 ... is now, like so many more, the home of leisure craft only, although Three Mills Locks have been built at the southern end to allow barges to deliver "stuff" for the Olympic site.
The various waterways at Tottenham are still viewable from bridges on Ferry Lane and fbb is able to offer a very brief "thumbnail" comment on each as we travel from west to east beyond Tottenham Hale station. 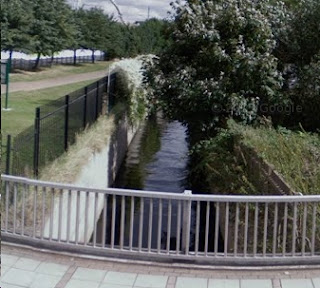 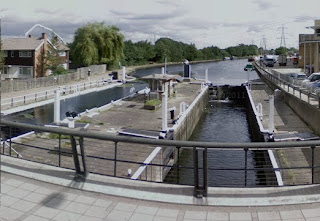 Then comes the main River Lea Navigation with its double lock at the former Tottenham Mills. 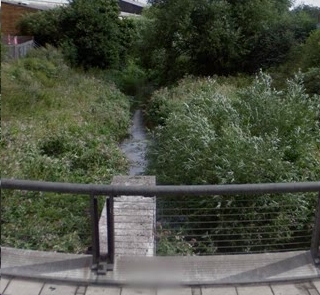 Thirdly, the almost overgrown river Lea Diversion, constructed some many years ago to improve water flow and drainage.  And now, at last, we come to the original River Lea ... 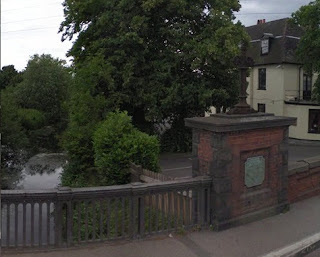 ... with the Ferry Boat in on its eastern bank. Although the present buildings are not original, we can be fairly sure that the Ferry Lane ferry plied its trade here, across the much wider and faster flowing river. The "true" river forms the boundary between Tottenham and Walthamstow, and historically between Middlesex and Essex. 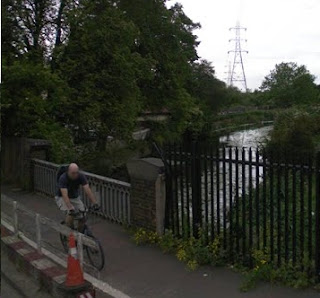 Lastly, in this quintet of water courses, is the Coppermill Stream which, astoundingly, used to power a copper mill, the building of which, coincidentally, is still extant at the end of Coppermill Lane "over the border" in Walthamstow. 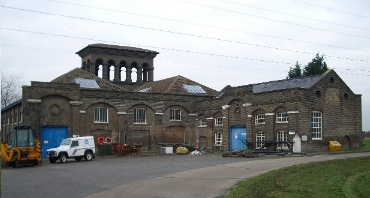 The mill was purchased by British Copper Company in 1808. The smelted copper was brought to the mill from Landore, Swansea, Wales via the Thames by barge. The ingots were used to produce penny and halfpenny tokens. Production ceased in 1857. Before working copper, the mill can be traced back to the 14th century when corn was ground. In the 1670s the mill was used in the production of gunpowder. Later in 1690 for rolling paper; In 1712 as a leather mill and its next use in the manufacture of linseed oil. The mill was purchased by the East London Waterworks Company in the late 1850s and was modified to drive a water pump to assist in the building of reservoirs on nearby marshland. Today the mill is owned by Thames Water.
The Coppermill stream joins the Lea at  Springfield Marina, Upper Clapton.
Fascinating what you can find in the environs of a rather "ordinary" suburban transport interchange!
Hail! Tottenham Hale, indeed; and one more to come.
Next blog : due Friday November 18th
Posted by fatbusbloke at 06:45