Fish Market to be the Site of
Northampton's new bus station? 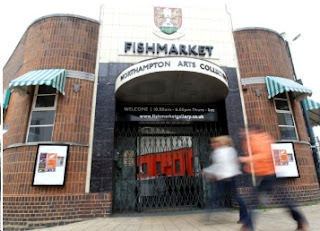 The huss was on sale at the fishmarket until 2006, then the building became a trendy (?) arts centre.

So what's the fuss? The Greyfriars bus station is universally despised as "The Mouth of Hell", so the town needs something better. See "From Huss via Fuss to Bus? [1] (read again). Or so we are told?
Fuss Number One is from the Arts Centre people. They fear that their eviction will bring to and end an "arty" space in the Town Centre area. Blog readers may have an opinion about the need to display heaps of black girders artistically ... 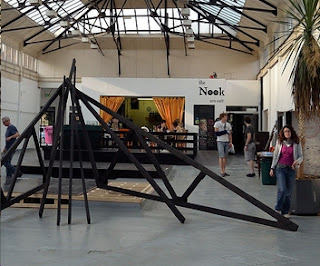 ... but the protagonists do have a point. Where will they be move to? Northampton Council is not saying, almost certainly because they don't know!
Fuss Number Two is from the "Keep the Bus Station" brigade.
Eastfield resident Tony Mallard said: “It’s a convenient building which is well sheltered and could be modernised at a fraction of the cost of demolishing it. But are we now going to have to return to having to wait out in the cold for buses?”

St James resident Graham Croucher added: “It may not be to everybody’s taste, but it works fantastically as a bus station. The only problem is it’s not been maintained by the council. Moving buses to the Fishmarket site will put this town back 30 to 50 years.” 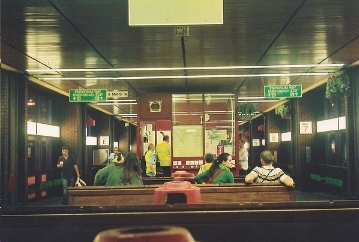 Do they have a point as well? Could this (watch video) simply be refurbished and made fit for purpose again?

Of course it could, but, as usual, there is a hidden agenda. The Council, which owns the property, wants to sell it for a vast number of pennies to allow a developer to extend the Grosvenor Shopping Centre. Does fbb smell something rat-like?
Fuss Number Three is hinted at by Tony Mallard in the above quote.
PASSENGERS in Northampton who have been shown plans for the town’s new bus station have given the development a mixed reaction.

During a meeting of the Northampton Bus Users group at the weekend, members were shown early plans for the bus station which will be built on the site of the current Fishmarket. The plans revealed the new facility would have 12 bus bays on the Fishmarket site, two in nearby Bradshaw Street and four in The Drapery.

Group member, Mike Barlow, said the development had both positive and negative points. He said: “The main problem is that not everything is going to be on one site. But it will be accessible right from the street, rather than having to go up escalators, which is a bonus. The only problem is the whole system is not under one roof as it is at the moment.”

The plans shown to the bus users’ group revealed the new station would have 22 ‘departure points’, compared to the 24 which are inside the Greyfriars building at present.
Now they have got a point. Are there 18 stands or 22?  And where are they? 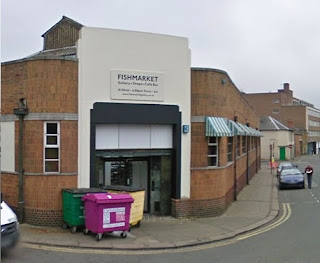 Most will be here on the site of the Fish Market, but more will be in the Drapery, as below. 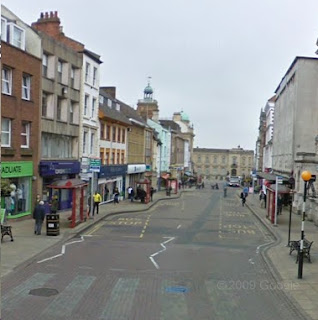 An aerial view shows quite clearly that the new facilities will be spread out; not fully under cover; and more confusing than the present one-block bus station. 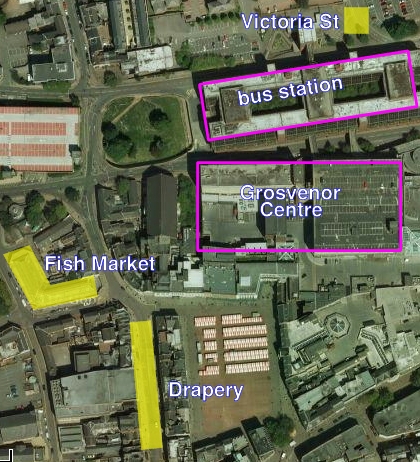 A simple glance at this aerial view suggests that there will be less space overall than in the existing bus station which, even now, can suffer from overcrowding.
Crazily, we are told that National Express coach services will leave from Victoria Street, nowhere near any of the other stands and making interchange far more difficult than at present.
Perhaps the final comment must go to a cynical wag who added a comment to the above on-line article.
New bus station, new train station, dream on; it is never going to happen.
Detailed plans (general proposals at this stage) are expected soon.
But surely there must be a question, in the midst of economic crisis and recessionary trading, about how many traders are going to be rushing to fill premises in an extended Grosvenor Centre. Was there not a recent report about the number of empty shops in the town?

Next blog : due Saturday November 12th