We all have a favourite.


The ubiquitous front engined Leyland PD series, AEC Regents and delicious daimlers with their distinctive fluted radiators all illustrate the traditional British bus. Then comes the front entrance rear-engine revolution with the Atlantean, the Fleetline and the Bristol VR. 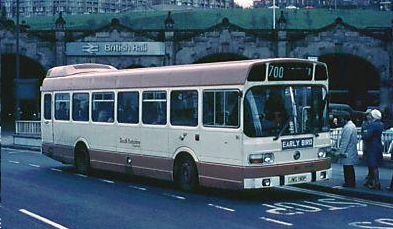 Roughly 7,000 Leyland Nationals were built, although sales success may have been skewed because the National Bus Companies were obliged to buy the vehicle developed for them. Its replacement, the Lynx ... 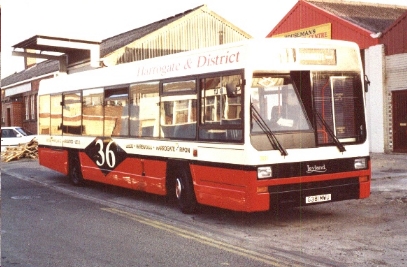 ... was much less successful. Concerns about the complex technology of the rear engined brigade let to the Volvo Ailsa (reasonably popular, especially "north of the border") ... ... and the Guy Wulfrunian, less so.
But, in the minds of our overseas chums, it is in London that icons have been born, sustained and universally recognised. Approx 7,000 of the RT family were built (RT, RTL, RTW) ... 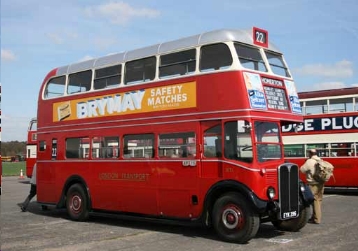 ... and RT1, the very first, has been restored at vast expense.
Likewise the routemaster (RM, RML, RMC) was deemed to be "iconic" although barely 3,000 were put in service. 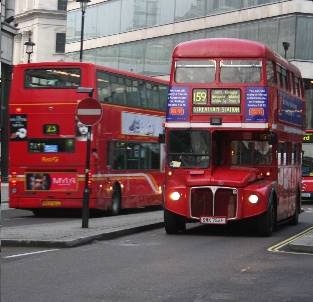 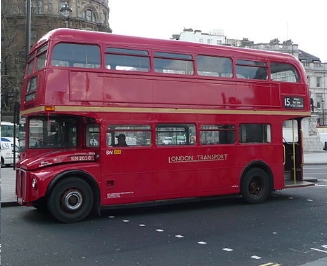 Unusually for London, you can actually have a timetable for service 9 [the "H", for "heritage" is not shown on the bus blinds.]. First, incidentally, is one of the few London bus companies that breaks the TfL timetable secrecy code and actually allows you to see when their buses run. 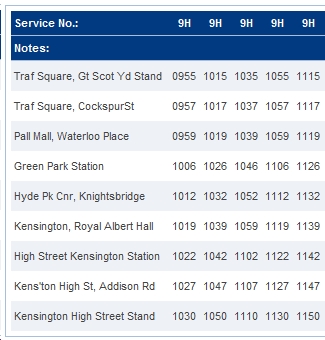 But in his original campaign for election to London Mayor, Boris the Blue promised to get rid of the "despised" bendybuses, by far the most efficient method of transporting large numbers of people in central London! But politics was ever thus, all too often divorced from common sense and reality.
So Londoners have footed a reputed £11 million bill to develop the new bus for London, the so-called Borismaster. For those unfamiliar with the project, the official Transport for London video an be viewed (here).

Eight of these beasts are being produced at Wright's Factory in Northern Ireland for use on service 38, recently run by hated bendies. 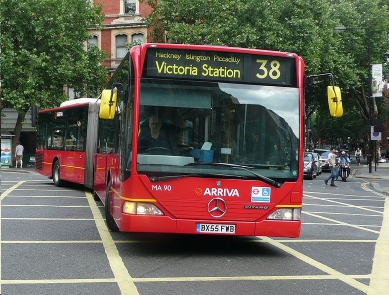 So here is happy hirsute hero Boris hailing the highlights of the first pre-production vehicle. 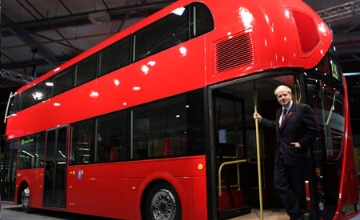 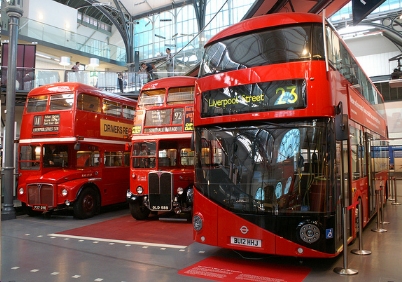 Technical point to ponder:-
Dear Boris,
You object to bendies because they "might" wipe cyclists off their steeds on tight corners. They don't and they haven't. But your new monster has the longest wheelbase of ANY service bus in the city. IF any bus is going to remove riders from their velocipedes on corners, the Borismaster is the MOST likely. Be afraid, be very afraid.
Next blog : due Tuesday November 22nd

P.S. fbb thinks the bus is ugly!
P.P.S. Tomorrow we look at another ground-breaking iconic development in bus design (?); "The Bus that Thinks it's a Tram"!