fbb confessed, a couple of days ago, to being less than familiar with Public Transport in Swansea. This despite a ride on the Mumbles Railway as a little scrap ... 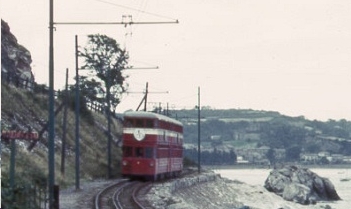 ... a ride on the replacement bus service as a student and several visits when doing "stuff" for First Cymru.
So an on-line look at Swansea's ftr seemed a good idea.

The ftr metro service (daytime only, Monday to Saturday) is route 4, then 4As and 4Bs fill the gaps and provide the non-ftr evening and Sunday service. But immediately there is a problem. The heading shown above clearly states that buses start at Singleton Hospital on Sketty Lane ... 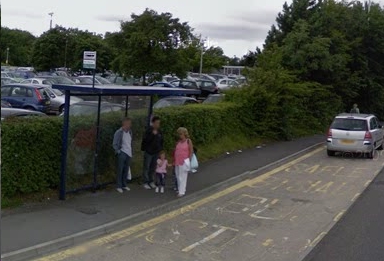 ... opposite the main hospital building. 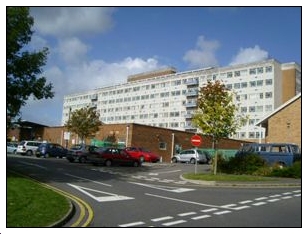 So, if that heading is correct, why do so few buses actually start there? 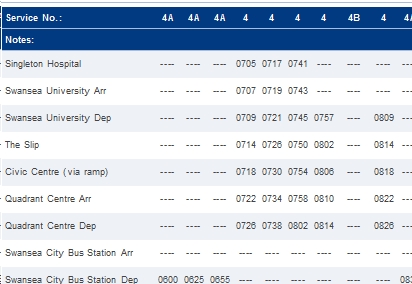 Only three on Mondays to Saturdays (as above) and a solitary one on Sundays. Silly me : Silly you. You don't believe what the published timetable says, do you?
fbb has tidied up the presentation to show just the ftr 4 journeys, and this is what the outward "leg" looks like:- 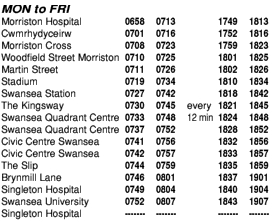 See, they all go TO the hospital; but because those clever computer controlled clerks at First don't seem to inhabit the real world, the service FROM the Hospital only shows those journeys that actually start their days work there; it ignores those that have arrived from Morriston and Swansea city centre.
Stick the end of the outward table onto the beginning of the inward table and you get this:- 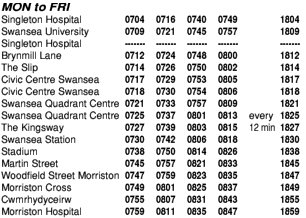 Now that wasn't too painful, was it?
Now let's look at Sundays again. This is from First's on-line "Swansea ftr" pages ...

... and this is from the latest Swansea area timetable book ... 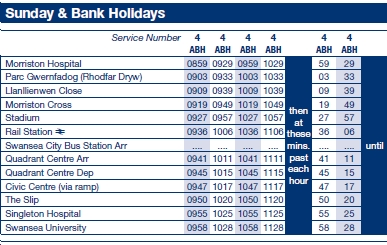 ... and they are not the same.
You guessed it! First have not updated their ftr site with the revised times. The ftr of bus travel, indeed. Well done chaps. But are buses on Sundays 4s or 4As? There's the burning question of the hour.
On First's web site there is a panel for 4, 4A and 4B ...

... and here you can have buses on all seven days of the week. So click on "Sundays" and what do you get? 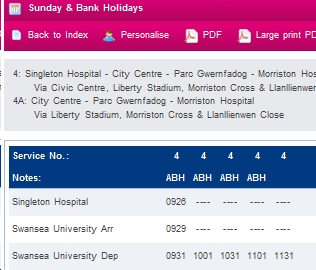 Buses showing service 4. Which, as we know from the top panel, doesn't run on Sundays???????
If you are now confused, so was fbb. And so must be the worthy burghers of Morriston. Or, if they're not confused, they must be top notch members of Mensa.

We will unravel more meanderings of Morriston motorbuses tomorrow. Well, fbb will try! 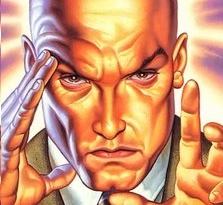 Next blog : due Friday November 25th