A Penny for the Guy

has been taken over.
Arriva Trains (owned by Deutsche Bahn) has bought
Grand Central - operating from London Kings Cross
to Sunderland and Bradford. 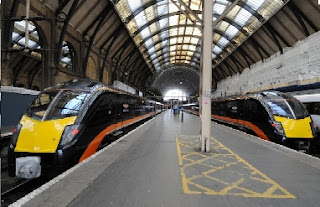 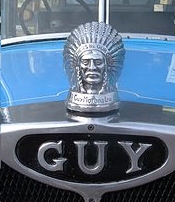 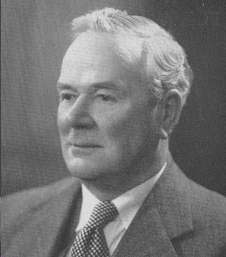 Sydney Guy was born in 1885 and lived in the King's Heath area of Birmingham. In 1901, he served his apprenticeship with the Bellis and Morcom Steam Engineering Company in Birmingham. He also attended evening classes at the local Technical School. On finishing his apprenticeship, he joined a local engineering company, working with a Harry Railing who later became one of the founders of the General Electric Company.


His associations with the motor industry began when he moved to Humber in Coventry in 1906 as a Service Manager. In 1909 he joined Sunbeam in Wolverhampton as works manager (the Sunbeam Trolleybus Company later became part of Guy Motors Ltd). In 1913, he resigned from Sunbeam over a pay dispute.


In the same year he set up Guy Motors in Fallings Park, Wolverhampton. He eventually retired as Chairman and Managing Director in 1957, aged 72. He died at his home in Albrighton in 1971, aged 86. Guy Motors eventually became part of British Leyland.
Guy produced some splendid buses as exemplified by this delicious preserved vehicle from Southampton. 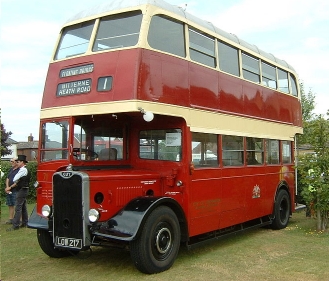 But it was the development and production of the ill-fated Wulfrunian between 1958 and 1965 that brought Sydney's company to ultimate collapse. The Wulfrunian engine was at the front, unlike its obvious competitor, the rear engined Leyland Atlantean. The engine was offset to the right ... 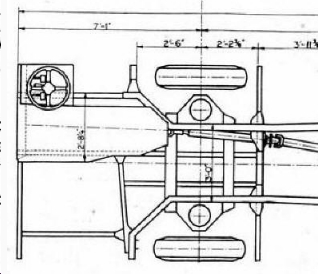 ... to allow for a font entrance body with a nearside staircase.

The design was developed in conjunction with the West Riding bus company who bought most of the vehicles produced.
West Riding used a red livery for Wakefield "City" buses ... 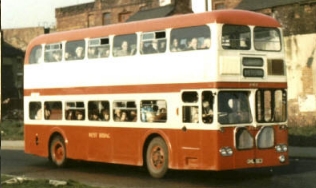 ... and green for "country" services. 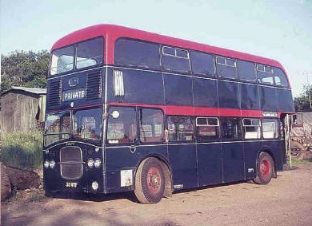 ... acquired some Wulfrunians with then conventional open rear entrance. Rumours suggest that the design was a step too far and the buses were both expensive to maintain and unreliable in service, although similar engineering principles were later revived for the Volvo Ailsa. Whatever the historical truth, the marque was the downfall of Guy Motors.


As our illogical nation spends much time and money today celebrating a failed terrorist ... 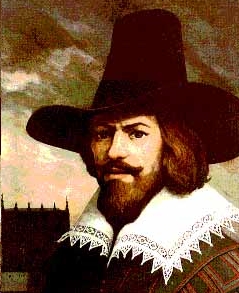 ... perhaps we omnibologists could be allowed a happy memory of a Guy with a deep throated engine roar and radiator adorned with an American Indian's head. Well worth celebrating!


No doubt someone will tell fbb why the "Red Indian" device was chosen.

If you are overwhelmed with excitement about the Guy Wulfrunian there is a superb web site documenting many of the vehicles here. Enjoy!
On, and by the way ...


Haligonian : Halifax
Stopfordian : Stockport
Leodensian : Leeds
Wulfrunian : Wolverhampton
... and : a demonym, also referred to as a gentilic, is a name for a resident of a locality.
And London Transport guru (and colleague), Barry, would not forgive fbb if he didn't include a picture of the archetypal London Guy single decker. 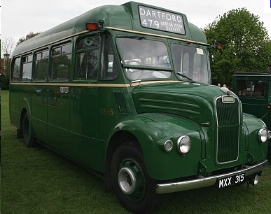 There would definitely have been fireworks in the office! 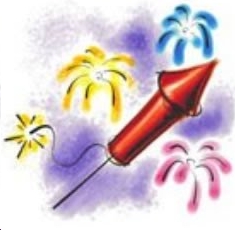 
Next blog : due Sunday November 6th
Posted by fatbusbloke at 02:07