Many many years ago, little fbb, aged about 7, took an occasional trip into town with Grandmother. A particular treat was a visit to Northampton's fish market, which, as its name indicates, also sold fresh meat. 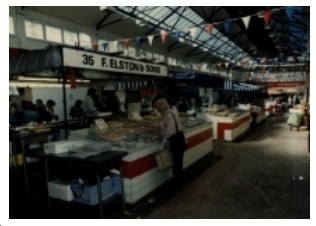 Granny was rather partial to a pint of winkles (a sort of seafood version of nose pickings) and she also occasionally bought whelks (a bit like chewing salty ear lobes) for fbb's dad. She was even even known to buy a nice piece of rock salmon, also known as huss ... 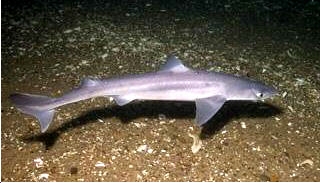 ... but, more correctly, a type of dogfish and a very enjoyable substitute for the more expensive cod.
The big excitement was having a meal at the cafe. Fbb remembers a full roast dinner and a cup of tea for about two bob! [two shillings, 10p]. Quality was "basic" but fbb felt so grand having his first ever dinner at a caff. The fishmarket closed in 2006 and was reborn as an "Arts Centre" but, much to fbb's astonishment, the "caff" is still there in the very same location in the building, but, presumably, now serving latte and wraps rather than cheese doorsteps and char. 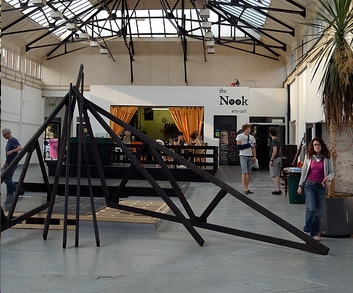 It's now called "The Nook" and all those years ago fbb and Granny sat at tables in a little alcove to the right where you can just see a doorway today.
Back then, nice red Corporation buses departed from town centre streets ... 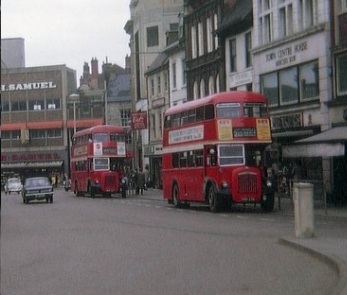 ... as here at Mercers Row; where, incidentally, fbb bought the engagement ring as he wooed the future Mrs. No, not at H Samuel but at Knights, a local "independent" jeweller. Country buses were United Counties and green and ran from the excellent, fully under cover Derngate bus station ... 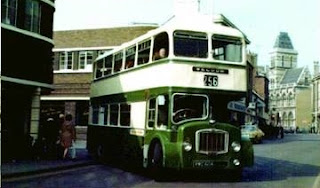 ... as here. Pedantic purists please note that these photos are dated much later than fbb's fishy excursions.
Then in 1976 the luxurious Greyfriars bus station opened. 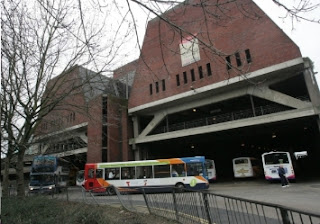 Yes, it was luxurious (emphasis on "was") and all the town's bus services were together, under cover, for the first time ever.
So breaking news is that the now-despised Greyfriars bus station is to be replaced by a new facility on the site of the fish market.
So that's the huss and the bus; what's the fuss?
Part 2 (tomorrow) will reveal that all is not hunky-dory with the plan.
Next blog : due Friday November 11th
Posted by fatbusbloke at 04:45