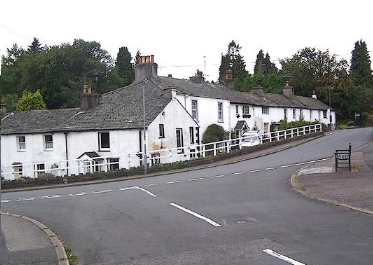 Portinscale is a delightful, picturesque Lake District village close to the northeastern bank of Derwentwater and might, possibly, be regarded as a "suburb" of Keswick. It comes to fbb's attention following yesterdays blog about Cumbria's cunning plan to publish a winter bus timetable booklet without bus timetables (read again). The e-mail announcing this spectacular and positive development in public transport promotion commented thus:-
The County Council is very much progressing the provision of electronic based information using, for example, websites and I-apps, and the promotion of such initiatives will be very apparent in the new guide.
Really?

Idly musing on these matters fbb happened upon this ... 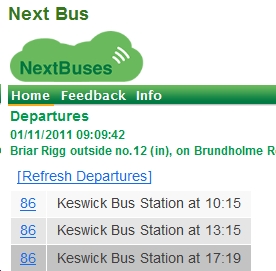 ... namely next bus information on-line for a stop in Keswick, showing three service 86 journeys. A quick look at Cumbria's bus route map shows the 86 as terminating at Portinscale. 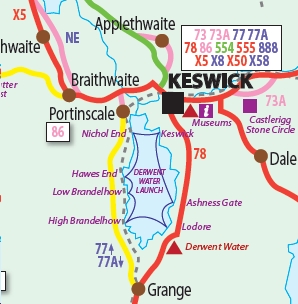 And so to Cumbria's comprehensive timetable listing ... 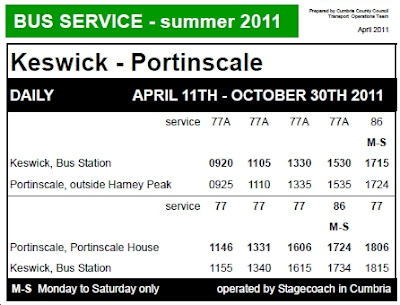 This suggests (quite strongly in white on green and white on black) that the 77 / 77A and 86 only run during the summer months. AND that there is just one trip in each direction on the 86, NOT three as indicated by the so-called real time page.
So, next to "operated-by" Stagecoach Cumbria who, sad to say, don't admit to running any buses in Keswick; it's not even on their alphabetical list. Never mind, eh? All you have to do, obviously, is look under "Kendal" ... 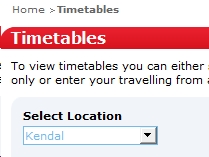 ... where you will find buses in Keswick, including the 86.

Except there aren't any!
"What about Traveline?" We hear you cry. ("cry" is the operative word). 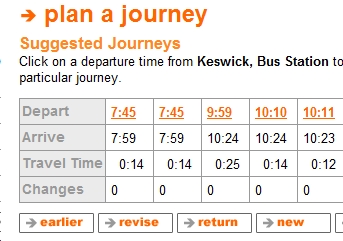 It offers a plethora of pertinent planning procedures, one of which is an 86 bus at 1011 to Portinscale ...

... a journey which does not appear on the printed timetable.
Because Traveline North East & Cumbria does not publish any timetables, merely referring the frustrated user to other helpful (?) places, it is impossible to find a definitive answer. 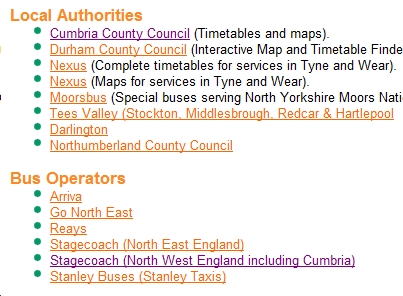 So there you have it! Only you don't. The enquirer of Cumbria's on line facilities has absolutely no idea whether there is a bus to Portinscale or not, and, furthermore, if there is, what the times might possibly be.
Before someone accuses fbb of being economical with the truth, all the other journeys shown in Traveline as running to Portinscale are on Stagecoach service X5 which follows the B5289 ... 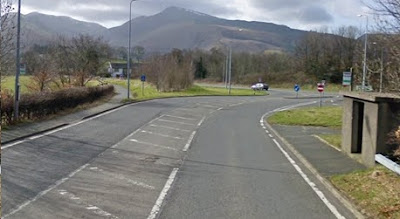 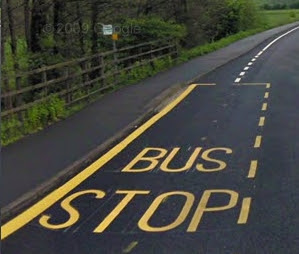 ... effectively by-passing the village. Not the best stops to use on a dark and stormy Lake District night; with the added delight of a substantial stumble down creepy and uninviting lanes to the village. Thanks, but no thanks.
N.U.T.S. (The National Union of Timetable Secrecy) is doing a really good job in Cumbria.

P.S. The summer service 77/77A offers a truly magnificent circular ride from Keswick via Butterthwaite Buttermere and lots of stunning scenery. A must, if you ever get the chance. 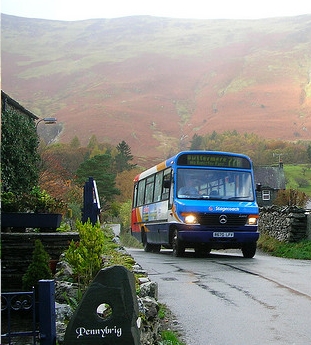 It also serves Portinscale!
Next blog : due Thursday November 3rd