Talking of Trains to Tottenham ... 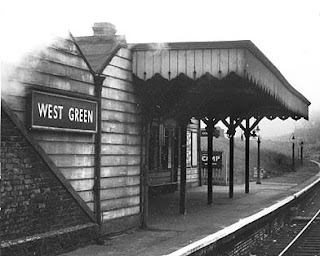 ... present a bit pf a problem as, according to Col Cobb's excellent atlas, the Palace Gates branch on which they were located did not open until 1878, five years after the date of the above list. Perhaps the date of the list has been misread, 1878 as 1873. "Green Lanes" was renamed "Noel Park and Wood Green" in 1902. 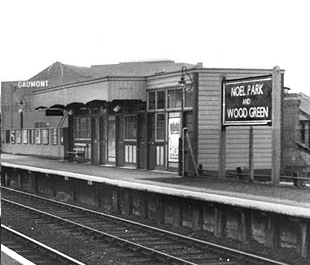 The other "Green Lanes", reborn as "Harringay Green Lanes" in 1991, is not considered to be in Tottenham.
St Anns Road Station opened in 1882.  Only the station building remains on Seven Sisters Road ... 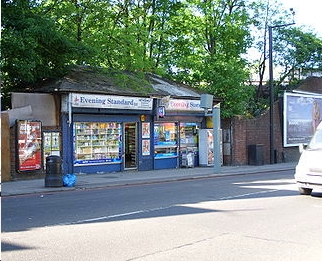 ... in use as a newsagents. The station closed in 1942. Apart from these three, the rest are all still open today. 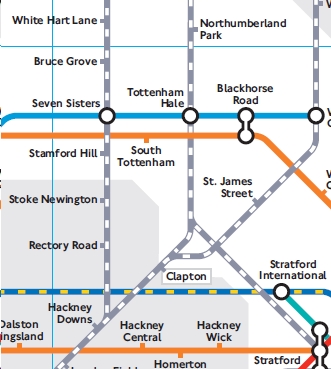 As an aside, Stamford Hill station is just a few feet across the border from Tottenham.

Recent developments have, however, confirmed that the main station for the area is Tottenham Hale. In 1968 it became an interchange with the Undergound's brand new Victoria Line and the station was substantially rebuilt in the 1990s to accomodate interchange with developing Stansted Express services.
The trendy new station ... 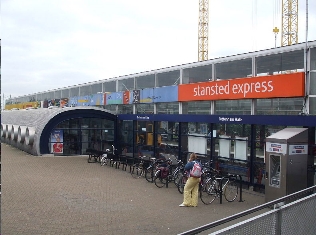 ... has a substantial bus station on site. 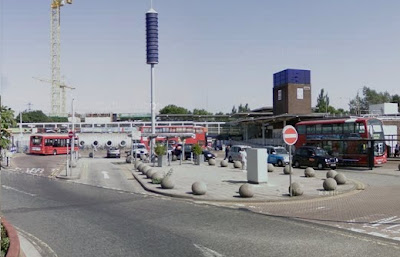 Tottenham Hale Station, then called simply "Tottenham" opened in 1840 on a new line between Broxbourne and Stratford. Over the years, trains to Liverpool Street became the more important and the Stratford line closed in 1985 only to reopen in 2005.

There was one intermediate Station at Lea Bridge ... 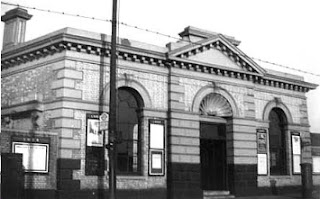 ... a surprisingly grand edifice for a route not taking passengers into central London. Sadly in its latter years it was rebuilt as a 60's box, seen here in decayed state sometime after closure.

For a fuller flavour of this "disappeared station" and its demise, go to Nick Catford's excellent site (here). There is a growing campaign to re-open Lea Bridge. Only these hoardings on Lea Bridge Road road overbridge mark the station site today. 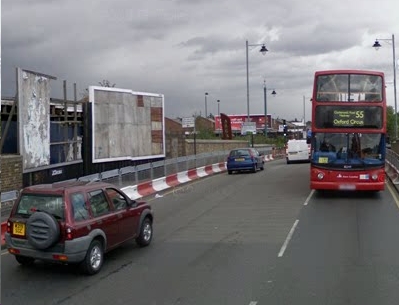 So it was at Tottenham Hale that Mrs fbb changed from her tube train from Victoria to the "fast" service from Liverpool Street to Cheshunt and Broxbourne (continuing to Cambridge); and so on to her conference at High Leigh, Hoddesdon. See "Hail! Tottenham Hale [1]" (read again).


Little did she know (little did she care!) that she could have travelled from Tottenham Hale to Broxbourne way back in 1840! Getting from Portsmouth to Tottenham might not have been so straightforward.


Next blog : due Wednesday November 16th