The Impossibility Of Ilfracombe 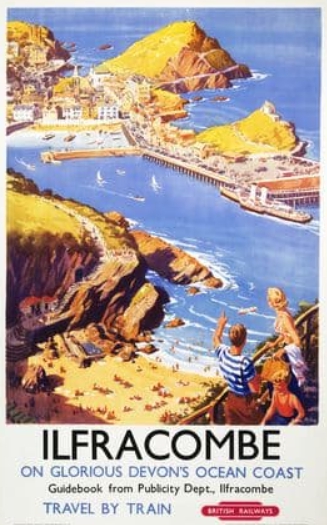 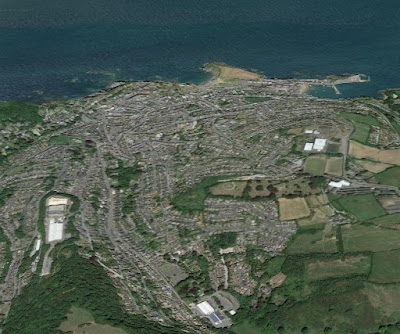 If you were thinking of building a railway line, Ilfracombe would seem an unlikely candidate. Yet thousands streamed by train for their holidays there, often using several versions of the Atlantic Coast express.
Depending on where your "digs" were, the station was hardly the essence of convenience. It was built on top of a holly promontory at the back of the town, now replaced by an industrial complex on the same site (above aerial view, lower left : zoomed in below). 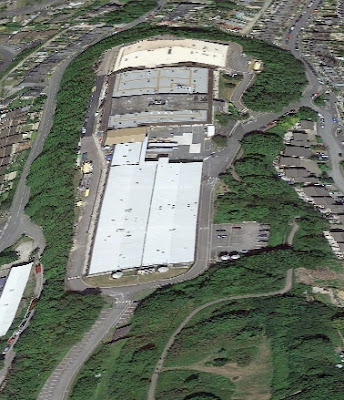 Note the wooded embankment on west ... 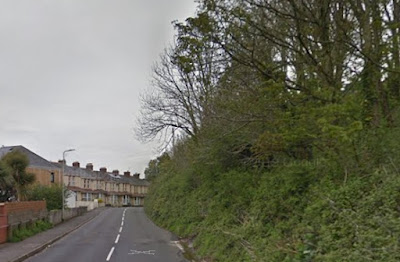 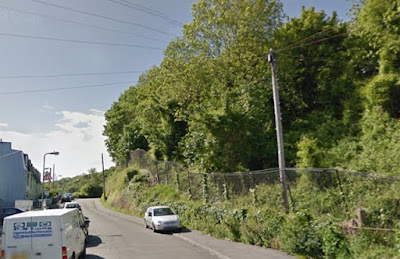 You can just spot the factory in the distant view below, but fbb can assure you that it is the red blob where the station was! 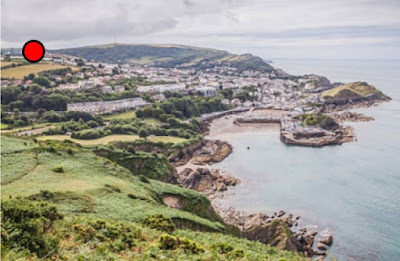 It was a long, long way down to the town centre, sea front and various attractions! It would seem an even longer way back up as weary and encumbered with luggage and fractious children, you trudged, exhausted after your holiday, back to your train home.
The station was hardly luxurious ... 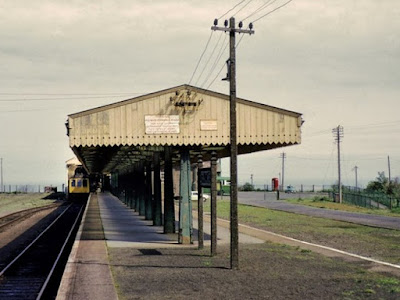 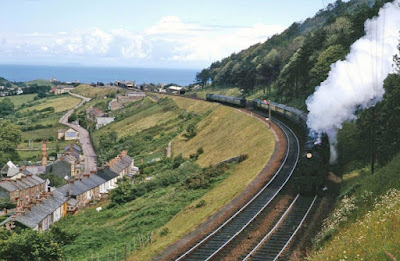 ... and the views from its "mountain top" setting on a sunny day were simply breathtaking. 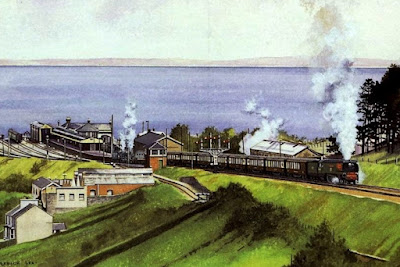 Sadly the totter to Elsie Miggins guest house was even more breathtaking - but in a much less enjoyable way.
But back in the 50s and 60s holiday makers were made of sterner stuff - and they flocked! 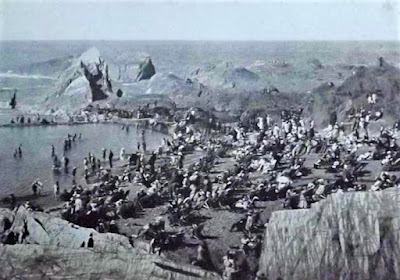 Above is part of the "Tunnels Beaches" accessed by tunnels privately dug back in the late 19th Century. Admission is still charged! 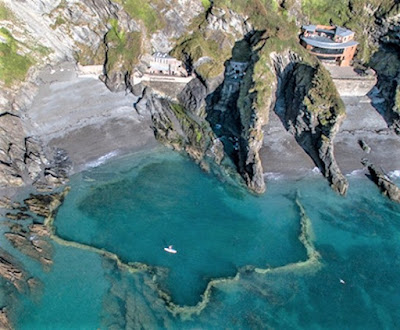 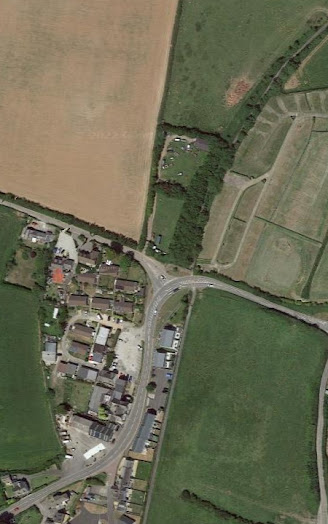 ... and the former station building is now a private dwelling for holiday lets (?). 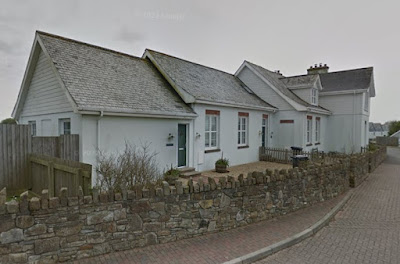 Braunton would probably be another impossibility, however ... 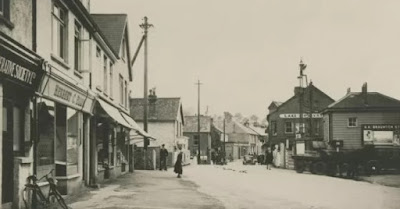 ... where the site of the station can be spotted (see signal box far right) ... 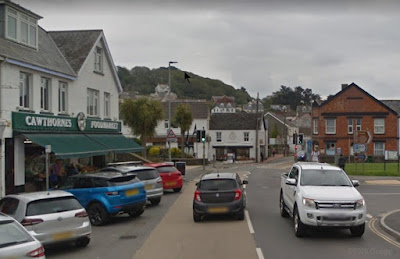 ... but it would be highly unlikely for Brautonians to welcome trains through their town centre again - even if it were possible.
A footpath/cycleway re-appears south of Braunton ... 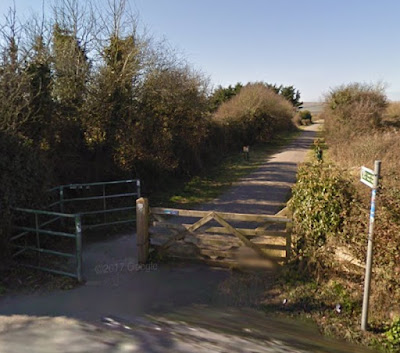 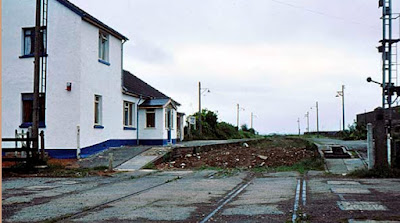 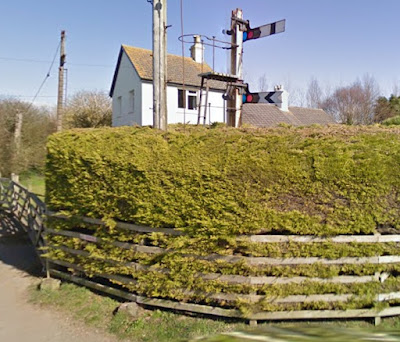 fbb doubts that the present owners would welcome trains running through their well-kept gardens.
Confused.com?
Here is a simple map of the line to remind you where we have been so far. 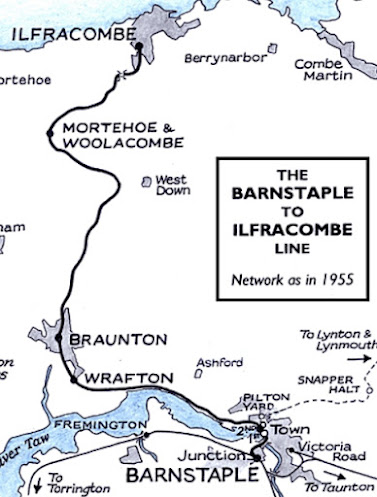 But the big problem comes at Barnstaple itself. 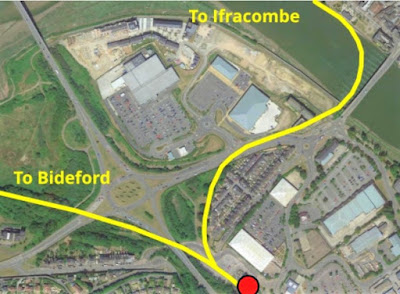 Barnstaple Town station building (on the banks of the river) remains extant but as a very nice restaurant - complete with chunk of platform canopy. 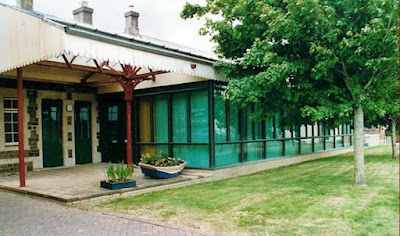 But there would be no way through for a replacement line as new property abounds around the former station. 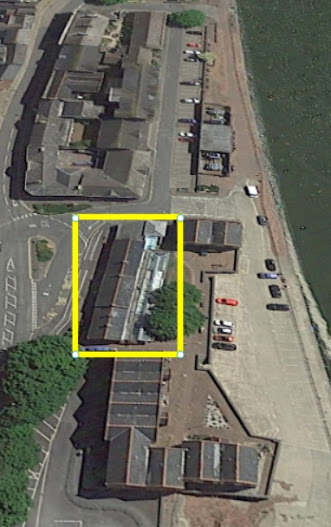 The River Taw combines with industrial premises to block the way into Barnstaple (formerly Junction) station. The viaduct is long gone ... 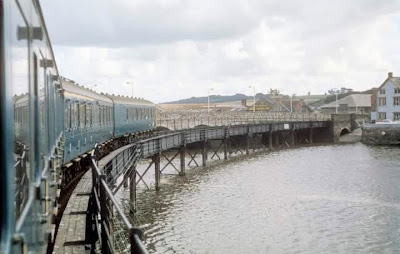 ... and you would have to get through this lot once over the river! 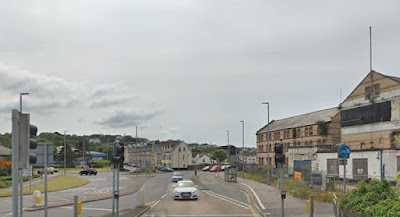 Tunnel, anybody?
Seriously, though, the costs of re-instatement to Ilfracombe look beyond any realistic hope. Unless, of course, Devon County comes into some unexpected source of finance! 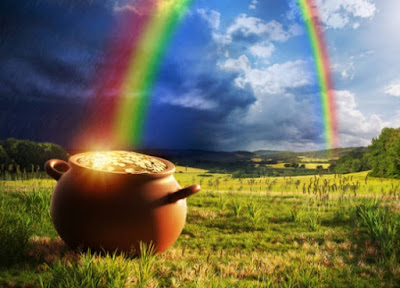