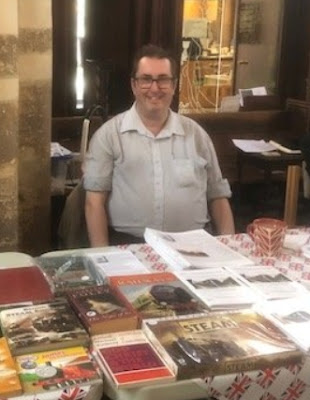 Richard Pill only posts fuzzy photos of himself ... 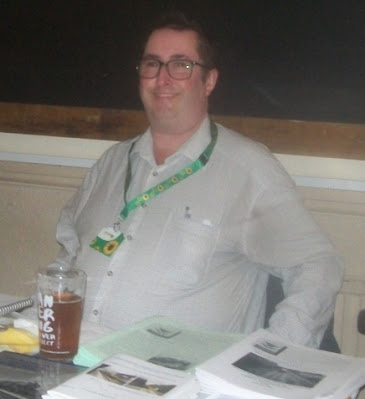 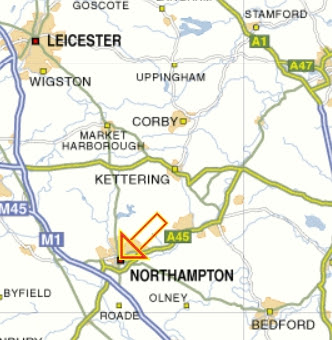 He suggests that the ONLY way to combat the relentless increase in road traffic is to provide more rail routes and more trains.
He has a point. If we (whoever "we" might be?) are serious about reducing pollution and "decarbonisation", electric vehicles are highly unlikely to hack it. They will move the pollution away from big urban areas and transfer it to the power stations. But most of the yuk will remain.
Unless we are brave enough to invest massively and quickly (and expensively) in nuclear, the "electric" sums just don't add up.
You could get a whole lot of new railway for the price of Hinkley Point C and the recently approved Sizewell C. 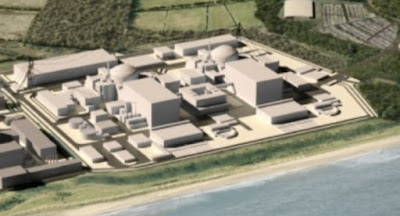 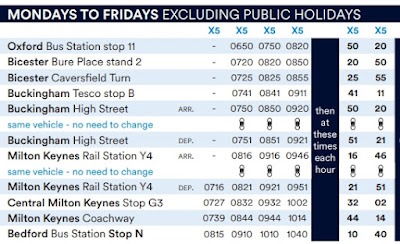 Should have been a 1740 arrival! What went wrong?
Delays as roads out of, around and accessing Coachway and M1 were gridlocked (A509 and A421 Junctions and all in between). M1 closed northbound due to some accident or maintenance or bit of both, all junctions crawling.
Richard wonders about the road layout in the area.
I also wonder about planners at Milton Keynes as it appears the A509 from Newport Pagnell Bypass (A509) and M1/Portway/Childs Way, is only single lane each way ... 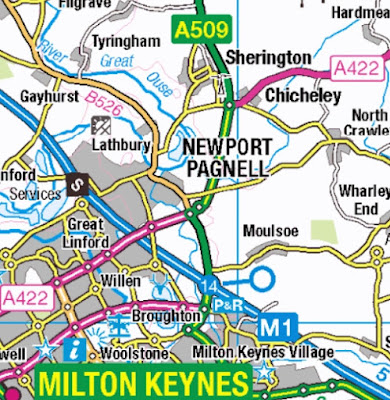 ... yet is main A509-M1-Milton Keynes Coachway artery (GREEN) with X5 using it half-hourly. If they develop either side, say 300 houses with 2.5 cars each, that 900 extra cars daily added to a busy and congested link road, which will only compound delays and prove a danger.
Richard also muses about the journey experience in general.
New buses ply 2.5 hour Oxford-Bedford duration, lack a toilet, are hot, no air con to notice. 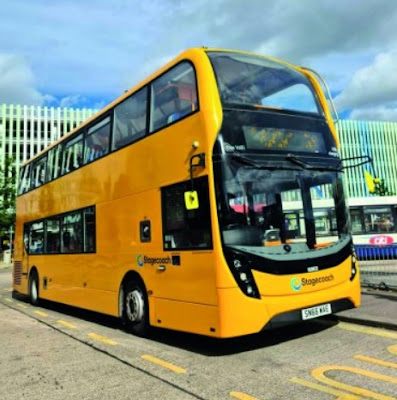 Used to be posh, attractive and comfortable coaches! 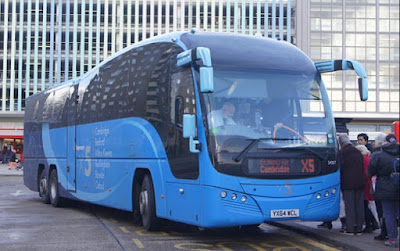 Which might you prefer?
Hot day, full bus. When we got to Bedford, the public toilets at the bus station were closed, nowhere to go and no signposts to nearest WC's if any.
Richard is seriously diabetic - so, possibly, is much in need of "facilities" as your bladder challenged blog writer!
Richard's last leg home is a taxi. (Glad he's got the money!)
I waited 10 minutes for a Taxi to show up at the front of the bus station - driver said all were deployed to Bedford Midland Rail Station. I'm sure out of 99 attending said rail station, just one at the Bus Station could be found surely? I am typing this at 19.40pm.
It was a very long and trying journey; so not the best advert for desirable public transport!
Richard makes several suggestions as to how things might be better. One of them is re-opening the railway branch from Wolverton to Newport Pagnell ... 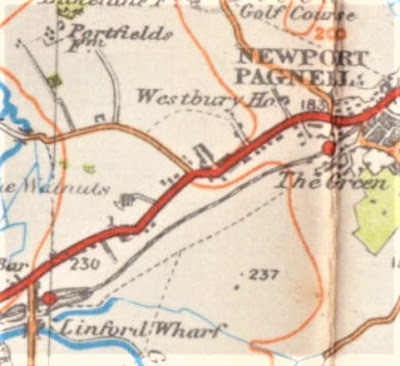 ... surely an unrealistic proposal as much of the track bed has been built on!
The problem is that Milton Keynes was designed as as "car" town - and now is paying a very heavy price for that decision. Now if they had started with trams ... 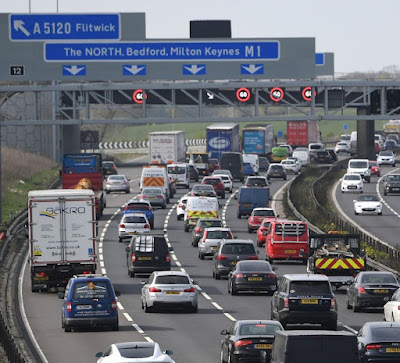 Where's The 26?
In 2021, Aldermaston Coaches set omnibological tongues wagging by starting an open top bus route from The Hard to Hayling Ferry in Portsmouth, 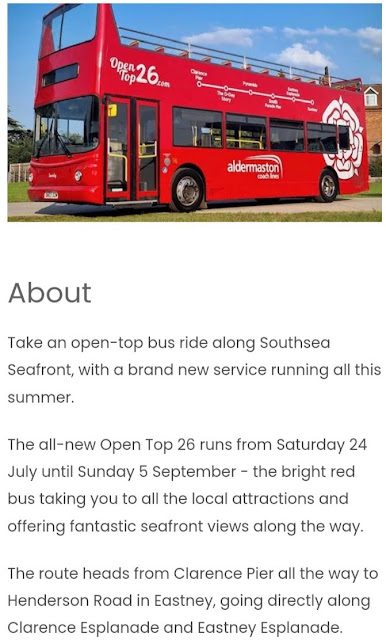 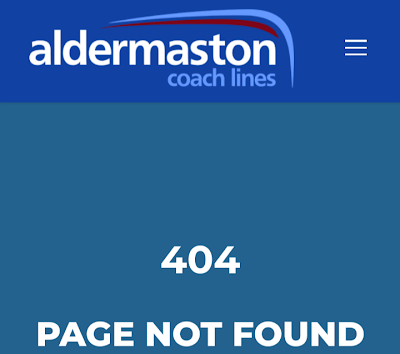 So the 26 will not reappear! But be not downhearted, open top bus fans, First are offering their version. 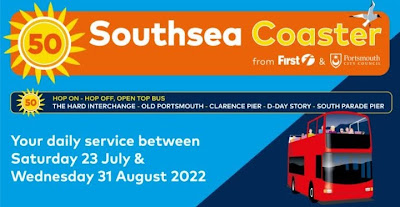 The route of service 50 is summarised in the small print above ...
The Hard
Old Portsmouth
Clarence Pier
D-Day Story
South Parade Pier
... which implies it won't make it to the Hayling Ferry (map far right). 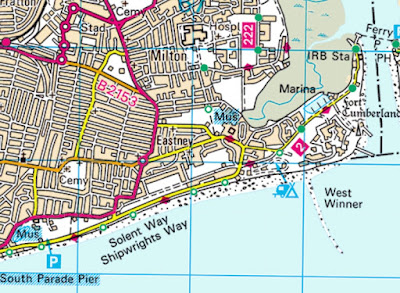 The D-Day Mus is the Mus at Eastney.
Pity it won't go all the way!
Puzzle Pictures
Where? The first picture has been "doctored" to make it look more "monumental". 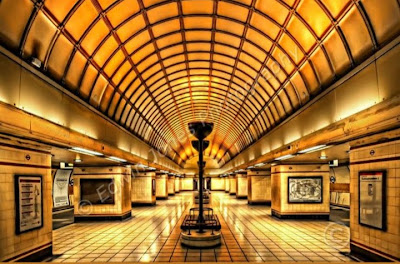 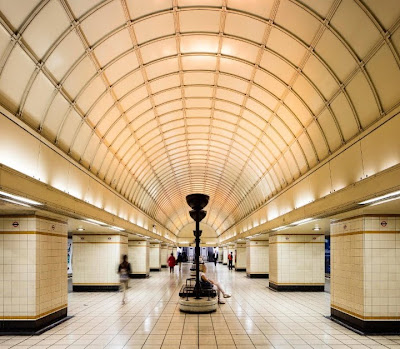 Bakerloo Backwards Journey Opportunity?
In 1915 the Baker Street and Waterloo Underground railway was extended northwards to Queens Park where it met end on with the LMS "Watford Electrics" from Euston to Watford Junction. Bakerloo trains thereafter ran all the way to the Hertfordshire town, until the 1960s when the service was progressively cut back to Harrow and Wealdstone.
In 1939 the Bakerloo took over the Stanmore branch from the Metropolitan line. So this poster from the southbound platform at St Johns Wood ... 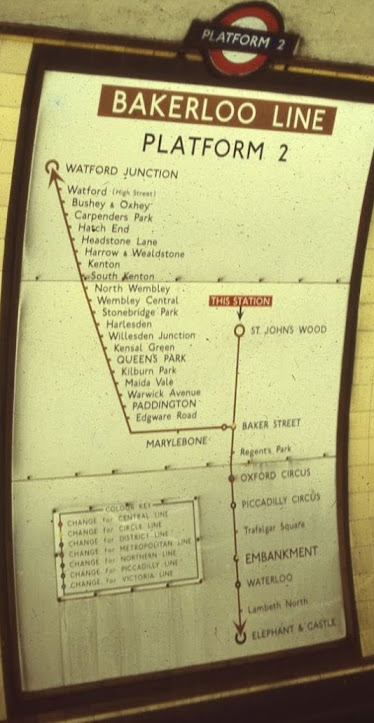 ... optimistically invites passengers to travel southbound one stop to Baker Street before changing and travelling north (-ish) again to Watford. fbb guesses that this panel was posted soon after the 1939 takeover of the Met line to Stanmore. Here is the route on a very old Underground map ... 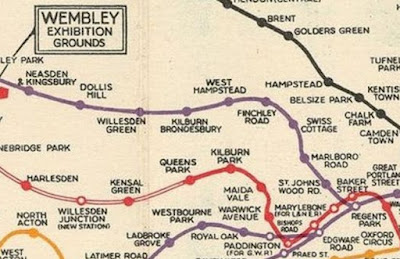 ... with Met lines in PURPLE and Bakerloo in RED. Marlborough Road station was closed when the Bakerloo took over, but it was recently visited by the indefatigable Siddy Holloway in the "Secrets of the London Underground" TV programme. 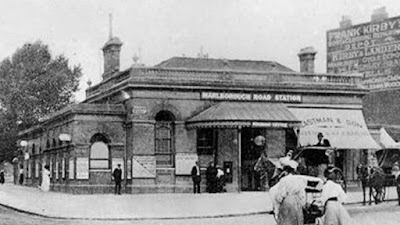 Sidly for Saddy, the station buildings are no longer in Railway ownership ... 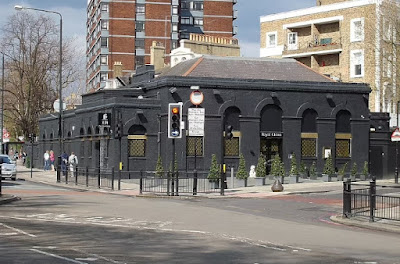 ... so Ms Holloway was unable to enthuse (excessively?) about the tiles. 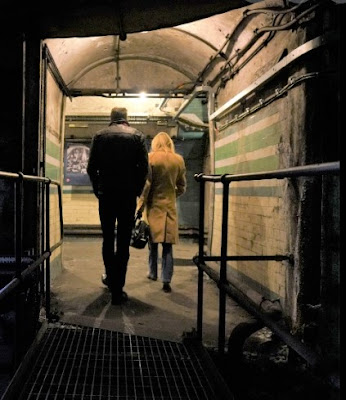 Siddy's visit  to Marlborough Road fell short of her ideal. 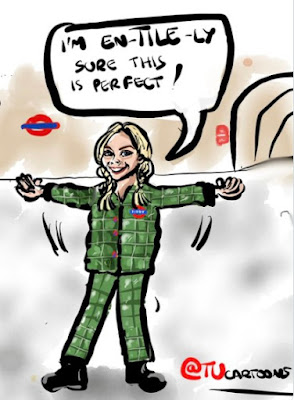 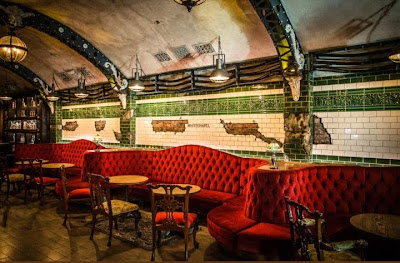 Answer tomorrow. It has got green and white tiles, Siddy.
Next Cut-price blog : Monday 11th July
Posted by fatbusbloke at 02:00