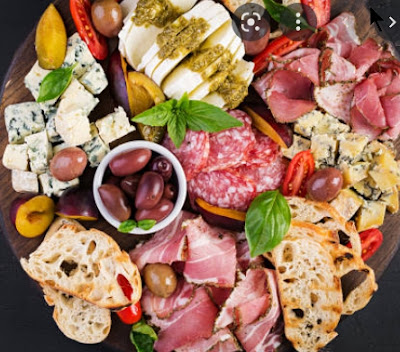 fbb has been gently corrected by correspondent Andrew concerning his concern about a cafe menu showing ...

It would appear that fbb is half right (or half wrong). Ante Pasta is the anglicised version of the course at an Italian meal. The italian is (one word) Antipasto (singliar - one piece of pasta??) or Antipasti (plural). So both bits (combined) of the cafe sign were wrong in different ways - or not, as the case may be.
This correspondence is now closed.
How To Cope With The Heat? 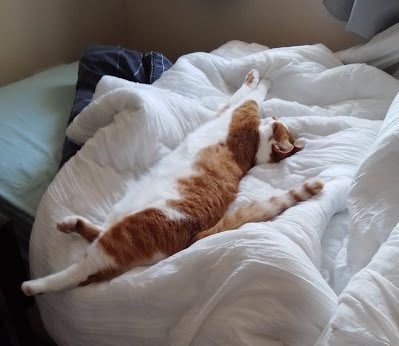 Choose one of your many comfortable beds, perhaps avoiding the airing cupboard or the wardrobe, and sleep from 0900 until the ambient temperature permits a full evening of inactivity - usually c. 1700. Then have tea, go out for a PNB and settle down indoors for a quiet night in fbb's armchair.
Cats (e.g Mr Tubbles) seem much better than humans at coping!
And So To Munich 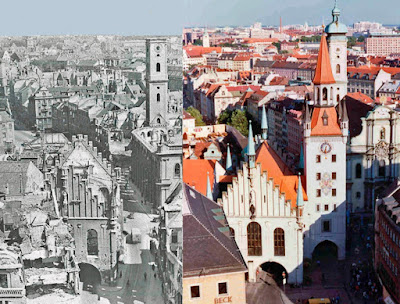 War is grim and should be avoidable. Above is a montage which shows some of the allies' bombing of Munich in WW2 - but we won so that's OK?
Necessary, perhaps; but never OK, surely?
No 1 son, daughter-in-law and two grandsons met up for a few days in Munich earlier in the summer. No 1 grandson has been studying at the University of Tubingen and finishes his course in a few weeks before returning to complete his degree in Sheffield for one final year.
No 1 son shared something of their public transport experience, leaving fbb to research further. The family made good use of the nine euro special bargain monthly ticket ...

... although they were there for well short of the month's validity.
For excursions, they would set off from the stop nearest their AirBnB ... 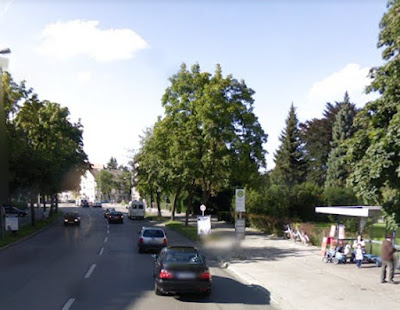 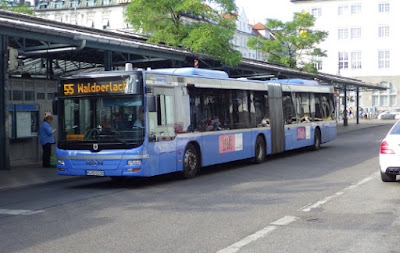 ... which would whisk them to Munich's Ostbahnhof. Here there are more buses ... 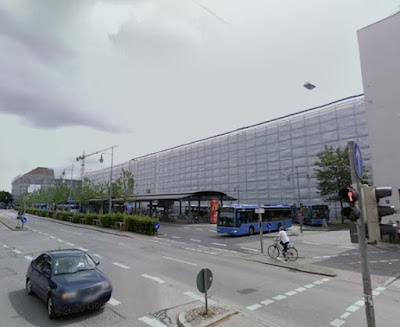 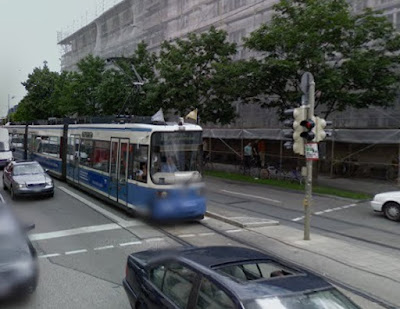 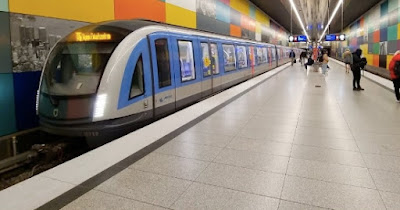 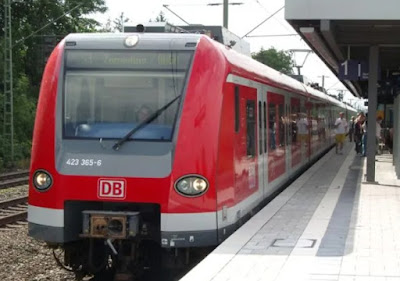 All the "blue" stuff is run by Munich City Transport - the red S-bahn by DB (Deutsche Bahn - German National Railways) but the cheap ticket is valid on the lot. Only excluded are the InterCity (long distance) services of DB.
Imagine ... the whole of the UK's public transport network (excluding the "interCity" main line companies) for less than ten quid a month. That would bring the passengers back, Covid or no Covid!
But The Devil's In The Detail
How would fbb find out about public transport in Munich if he were nipping off on a cheap transport break thereat?
Of course, It's All On-Line.
As an innocent abroad, albeit virtually, fbb typed "Munich Public Transport" into his favourite search engine and a potential response appeared. 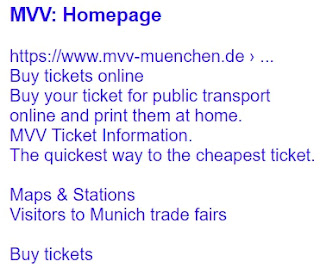 So MVV is the company that runs all those buses, trams and underground trains? 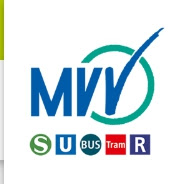 It seems particularly keen to sell you a ticket.
Er, Not quite! 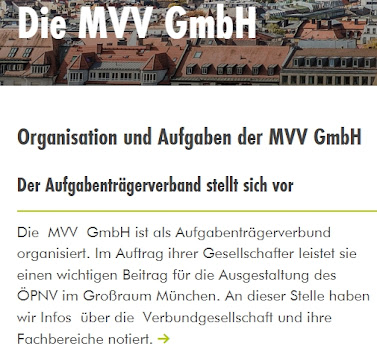 Ah, of course!
As we might have gathered from the search above, MVV is the Greater Munich ticket selling organisation. It ensures that ticketing is universal and tickets are available to travel on all modes.
But the web site had maps; six of them, with four selected here ... 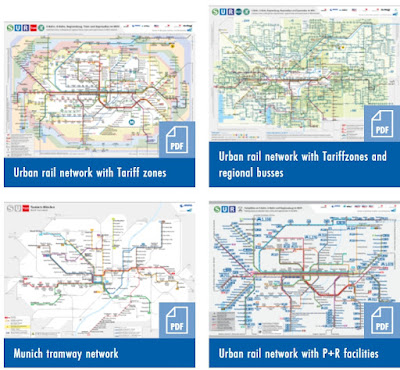 ... but nowhere could fbb find No 1 son's bus route 55 to get him started on his investigation. 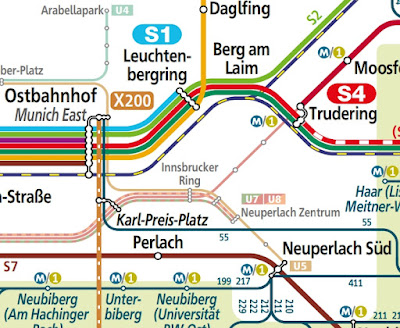 Indeed, one map seemed to offer a wealth of low numbered routes, one of which, service 5, seemed to go everywhere! 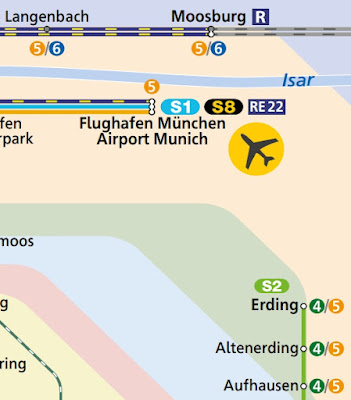 And there was still no sign of that elusive bus 55 at Ostbahnhof. 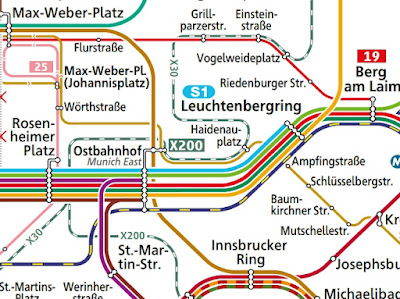 Then, slowly (put it down to old age and hot weather) the Pfennig dropped. MVV is a joint fares marketing organisation, innit? So these maps are all about fares - innit? 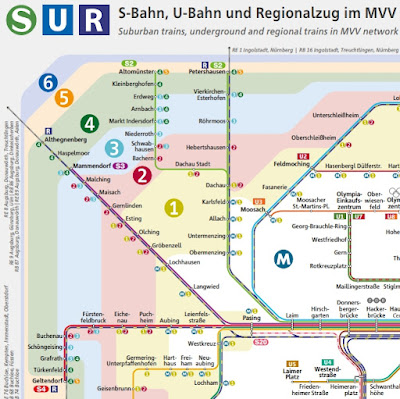 M  is the central fare zone for the city of Munich, the  5  is a zone some way out; and the zones are shown at each stop on the S-Bahn and underground network map.

Where there are two symbols (e.g.  M  and  1 ) the station is a boundary stop and in BOTH zones. So a journey from Obermenzing to Rohrmoos (as above) will involve travel in zones 1, 2 and 3 and be priced accordingly.
It is a bit like the London Underground map with its zonal fares ... 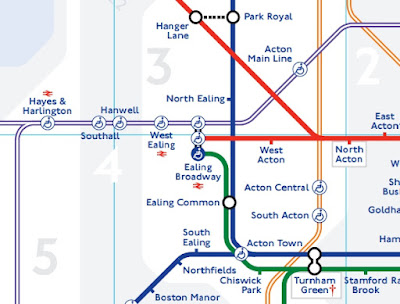 ... but better presented and easier to understand, once your brain is switched on, of course.
Aha! But in London, we are all expected to use Oyster or Bank Card payments; so we have no idea what an individual journey might cost!
But fbb needs to look elsewhere for the 55 bus and its map.
The quest continues tomorrow!
Happy 50th Birthday - A Day Late
It was 50 years ago yesterday that the newly formed National Bus Company revealed its amazing new image to an eager and adoring public (?). Your bus could be any colour as long as it were poppy red or leaf green ... 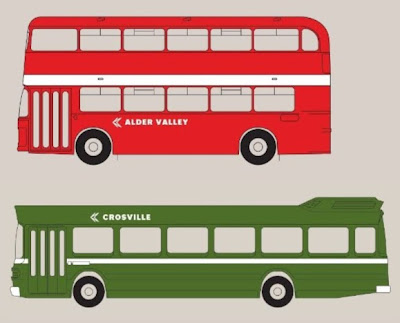 ... and your coaches would be all-over white and carry the red and blue version of the name. 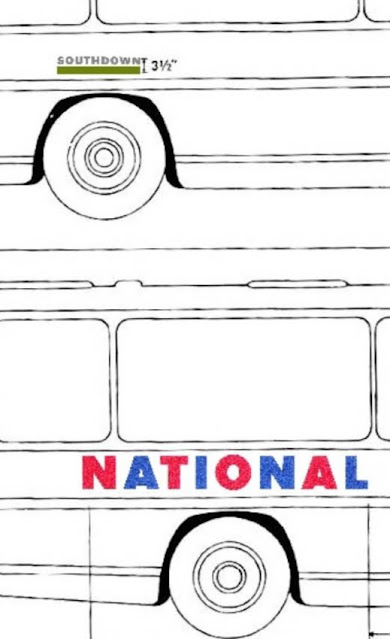 But, if you were very, very good boys and bowed reverentially down to boss Fred Wood, you were allowed to put your company name in very small lettering near the passenger door. The latter concession to history and local branding was soon removed.
50 years - Yikes!
P.S. There's a bit more to come on the Arriva Leicester route 29 presentation. Delayed, like almost everything else, by the extreme weather!
Next Munich blog : Thursday 21st July
Posted by fatbusbloke at 02:00