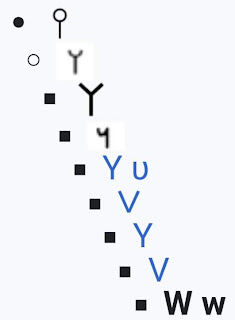 The origins of the English letter "W" are complex and mixed up with "Y" and "U" and "V". In the German language the letter is pronounced "V" and in French it is called "Double-V". Although the letter exists in foreign imported words, natural French does not have the "W" letter at all.

Readers may be kind enough to remember that your chubby old chap is adding to his collection of OO tank wagons by including those for powders "liquefied" by air pressure.

One such is sometimes referred to as a "depressed centre" tank wagon wagon or a "vee" tank wagon. 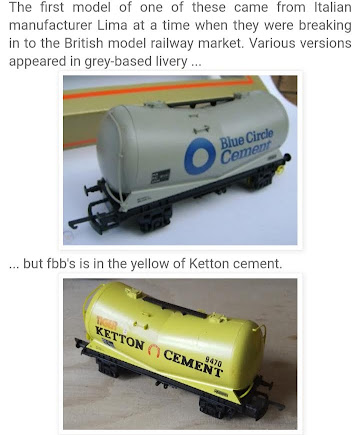 He also found second-hand models of a UK wagon from Lima (in Italy) of a bogie wagon with two Vee tanks attached - effectively a "Double-V"!

When the old bloke looked closely there were odd little holes in the tank ... 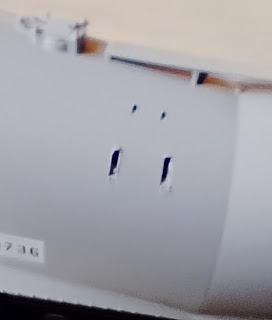 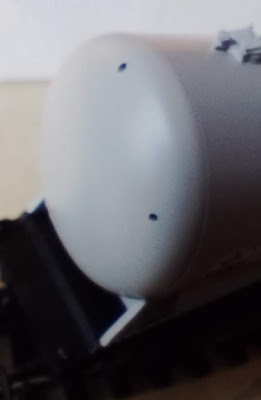 That's because cheapskate Lima included a bag of fiddly bits for the purchaser to add; saves some of.  the assembly costs. 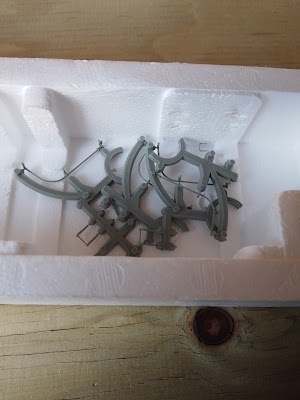 The model is "cheap and cheerful" - and reasonably priced second hand - so you don't expect too much detail. Indeed there is nothing at all under the chassis ... 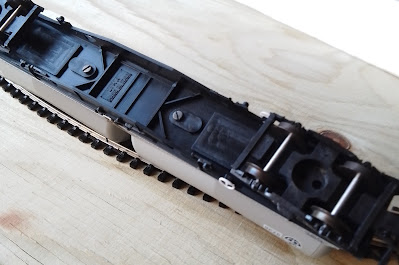 ... except the manufacturer's name. 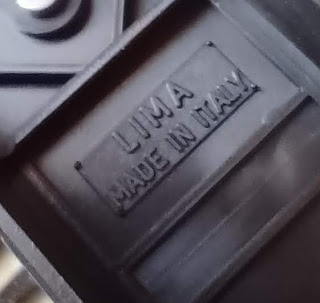 Lima went bust and Hornby took over the UK range and absorbed much of it into its own catalogue, including, for a while, the "Double V".

Thankfully for fbb's stubby fingers, it came with the fiddly bits added; steps ... 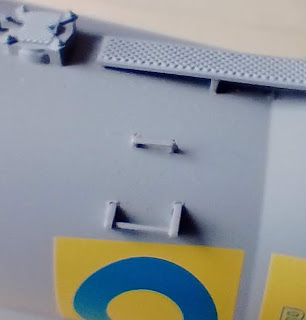 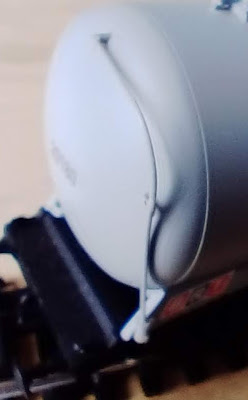 And, of course, it was made FOR Hornby in China! 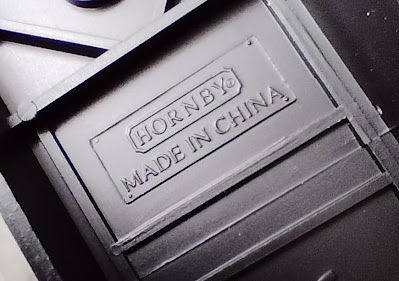 Even the rudimentary side-frame detail has had its pipes picked out in white. 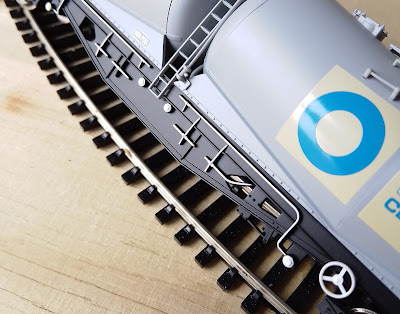 It is a much better model with the consequence that it is harder to find and sells for up to THREE times the "identical" Lima model.
Because the naming conventions for both the single and the double versions are so varied, fbb thought, for as time, that the model was a figment of Lima's salespeople's imagination, perhaps over lubricated with the extra bottle of Chianti.
But after hours of patient searching on line (actually it just appeared when fbb was looking for something else!) photographic evidence revealed that such wagons were used on the UK's railways.

Like all such wagons, these were filthy!
A Look At Luke (2)
Remember Luke? 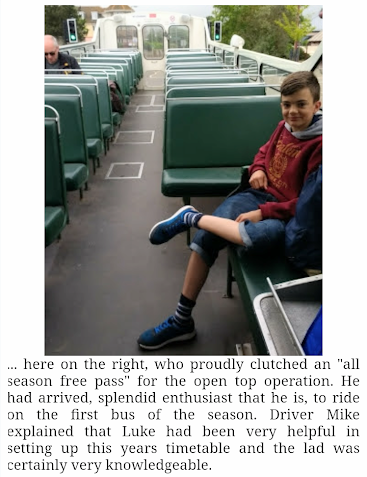 He hit the blog headlines in 2017 when Derek Gawn started his open top bus tour fron Seaton. Luke had been very helpful in preparing the timetable.
Now Luke is in year 13 at Colyton Grammar School and still a keen bus enthusiast. He has produced a diagramatic map of East Devon bus routes in the style of London Underground (extract only given below). 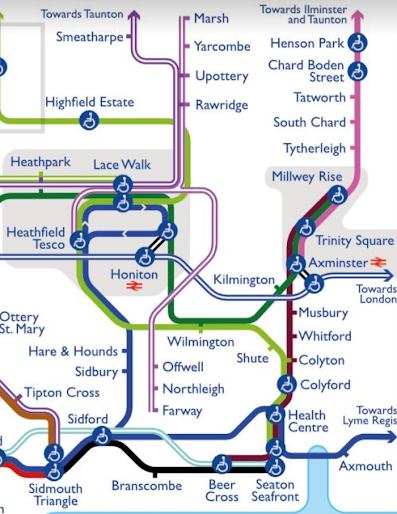 It is accurate and cleverly done. The routes are listed in London Underground style.

It is a good job.
Whether the diagram helps or hinders the user's comprehension is debatable. Here is Devon County's version of (roughly) the same area. (click on the map for an enlargement) 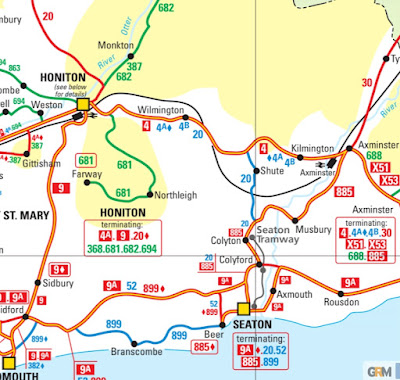 Would a simplified geographical map, using route colours, be more understandable?
Hard to say - but well done Luke!
How Mini is a Minibus?
When fbb travelled to school on Yorks Bedford OB, named HMS Cumberland, he seems to remember it had 29 seats. It looked a bit like this ... 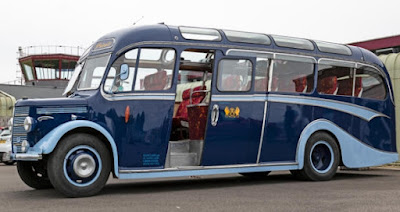 ... but without the roof lights. There was plenty of room although fbb was muchnmm less f back then. 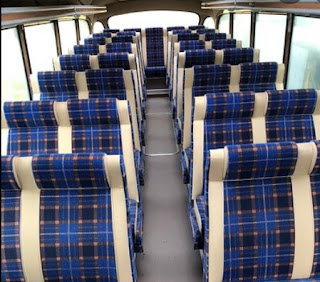 But an "ample" Mrs Lynch, who always arrived rubicund and respiratorially challenged, had no trouble provided she shared her double seat with her equally "ample" collection of bags!
Iveco has recently announced a new "mini" bus ... 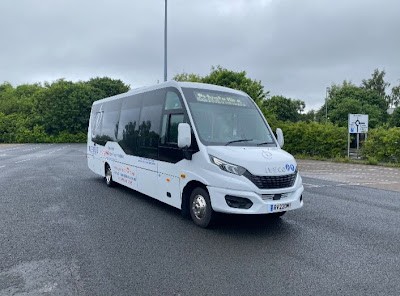 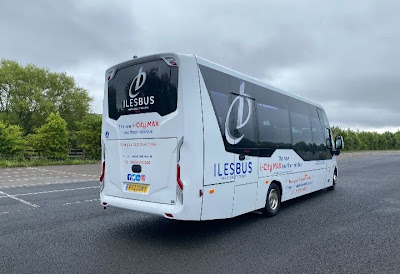 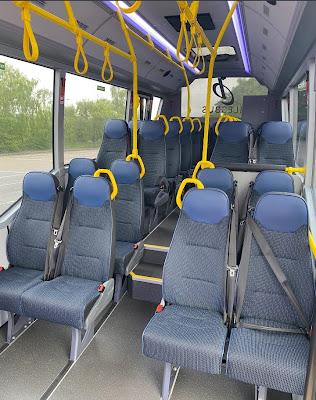 ... but fbb feels that Mrs Lynch would have difficulty getting herself and her accoutrements.  settled comfortably. And look at those straps. If the "mini" bus were carrying SIX standing passengers, some form of human shoe horn would be needed to accommodate 36 plus driver!
How Much?
This is British Railways type 47 diesel numbered 47812 in InterCity livery. 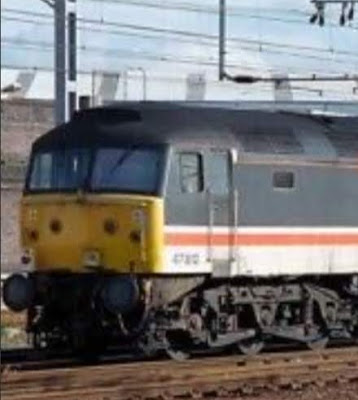 It then appears adorned in Virgin red ... 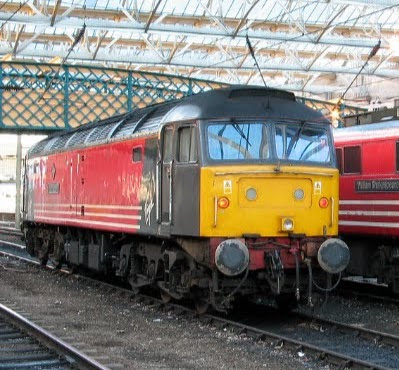 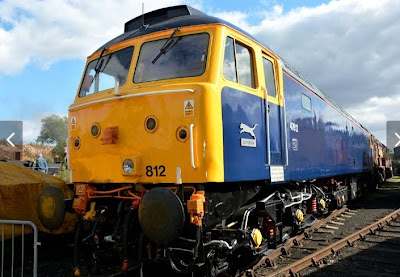 But look at her/him/it now! 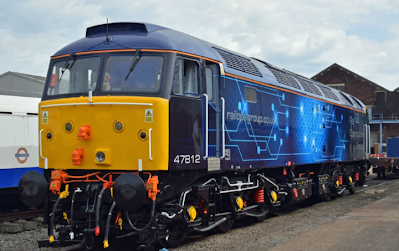 Some time in the above sequence it ran as D1916 (it's original number) in the traditional two-tone green livery. 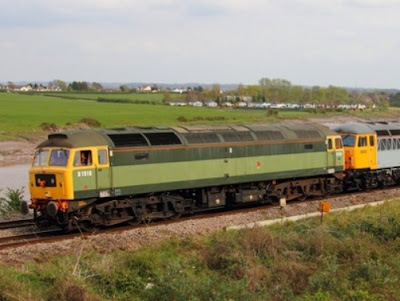 Anyway, Bachmann has just announced a model of the ROG spotty starry blue version above. The question for our readers is:-
Emma Chizzit? 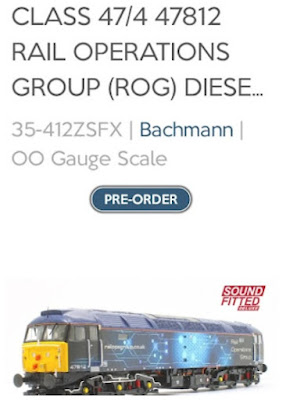 Warning : it is the DeLuxe version!
Answer tomorrow.
Clue (but not much of a clue). A working Hornby model of a similar loco, described as having "poor detail and paintwork even for the 70s", can be yours for £60 on Ebay.