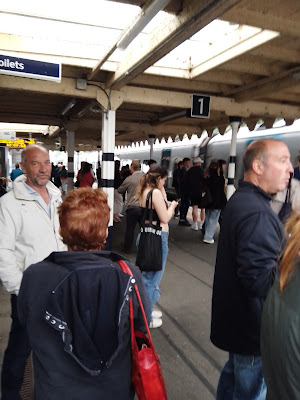 Axminster Station was very bust yesterday at 12 noon, unusually so for a Saturday; but not everybody was getting on to the 1207 to Exeter. It is two years plus since fbb visited his local station, excursions being impeded by Covid and Mrs fbb's severe hip problem.
Whilst waiting on the platform yesterday, fbb took a quick look round.
He espied tables and chairs at the Exeter end of the station building, but outside the platform area. 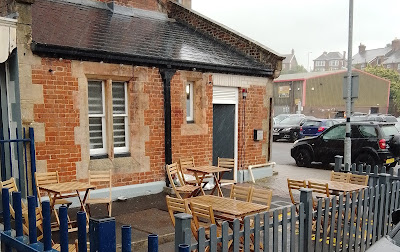 These are for a new catering outlet ... 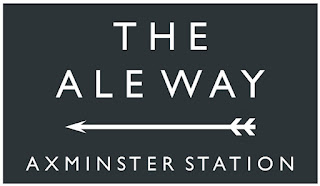 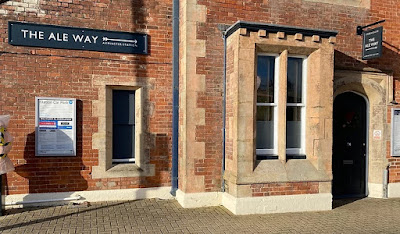 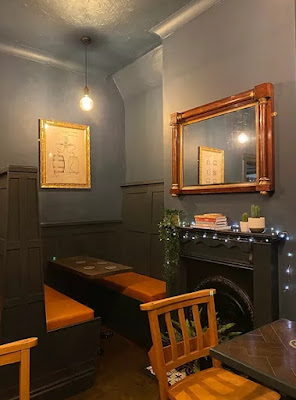 Sadly, the outside seating had no customers on a wet and windy Saturday. Two disabled parking spaces have moved elsewhere. 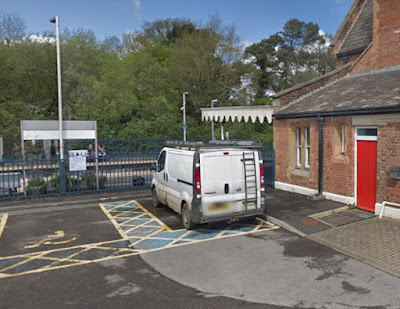 At the "town" end of the station the former "greasy spoon" caff is under new local management and has been smartened up a lot, outside ... 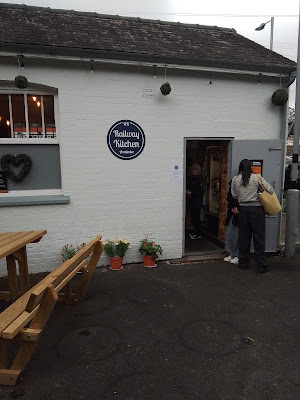 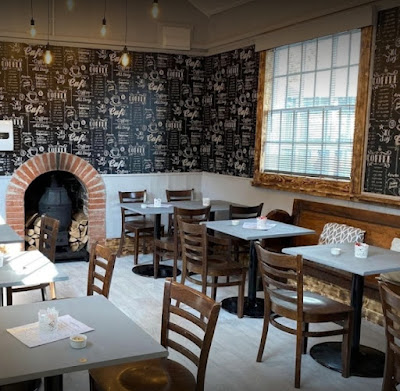 Nice fireplace!
fbb intends to sample its wares as soon as possible - but the cakes looked scrummy! 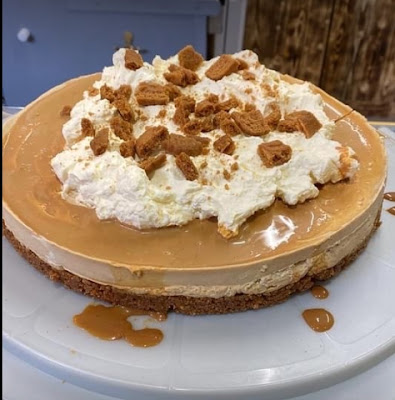 Sadly, the one area that was lacking in quality was the bus interchange.

Here is what was waiting for their eager passengers,

The bus at front is, obviously ... 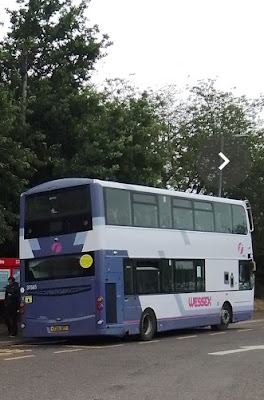 ... a service X51 Jurassic Coaster and should look like this ... 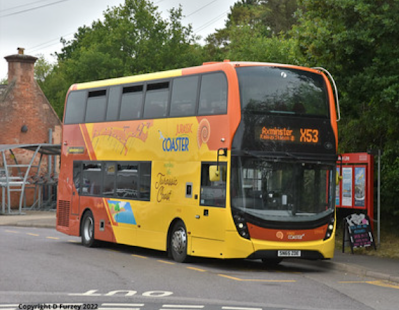 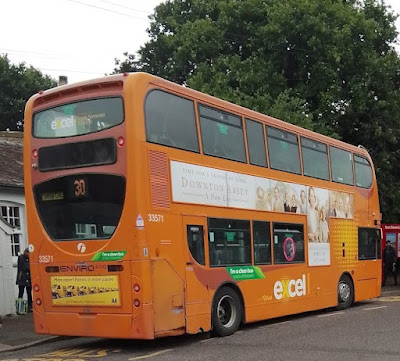 ... is, obviously, operated by Buses of Somerset and should look like this:- 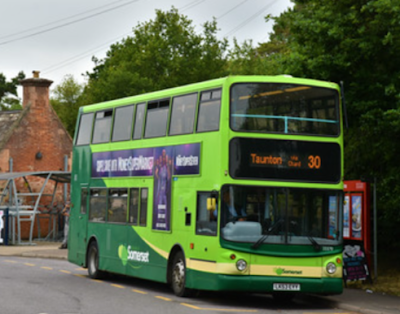 Excel is a Bristol brand.
The next Jurassic Coaster to appear (X53) looked like this (not pictured at Axminster but the bus was spotted by fbb as he set off to his next destination). 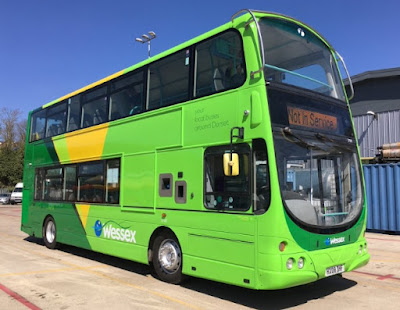 And so, a question.

What is the point of branding if you don'tb keep up the standards; you might as well go back to Barbie as here on the 30 from Taunton ... 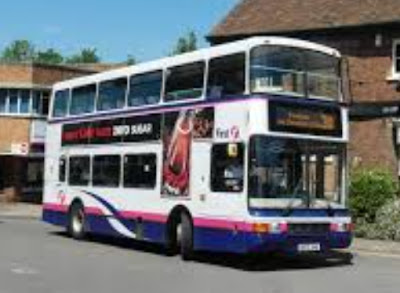 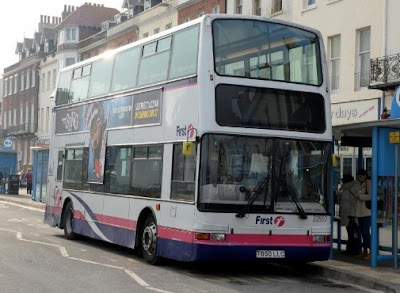 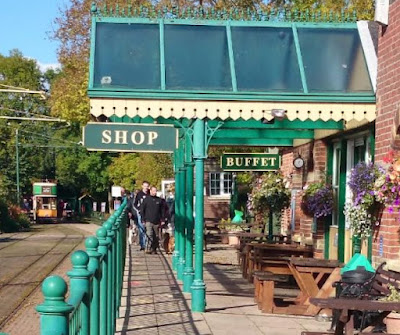 After a thrilling hour or so in Axminster, fbb at the station and Mrs fbb purchasing comestibles at the Co-op, the gruesome twosome decided to partake of luncheon at the "Tramstop" cafe at the Colyton terminus. The precipitation abated long enough to allow an outdoor seat and thus view the trams as they arrived and departed.

Strongly recommended is the cream tea ... 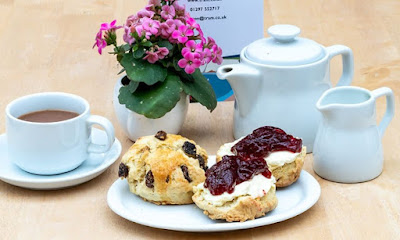 ... although the pottle plus posy is not guaranteed! But yesterday it was lunch and, again an fbb top tip is the Tram Driver's breakfast! 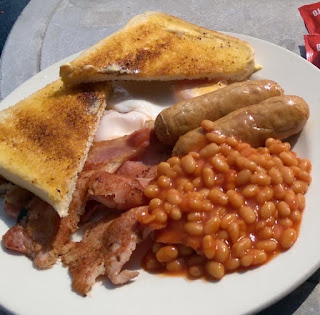 The fbbs settled for the lighter (?) sausage, egg and chips, with Mrs fbb omitting the sausage!

But they didn't see many trams trundling by as there was a static queue of vehicles all lined up and ready to go ... 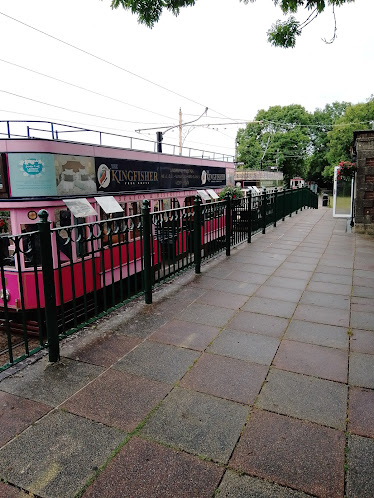 ... which stretched from one end of the platform to the other. 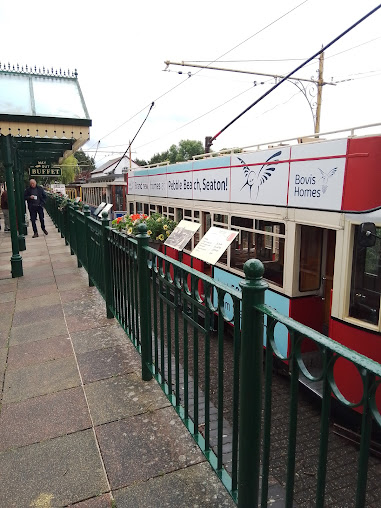 Then fbb espied a notice. 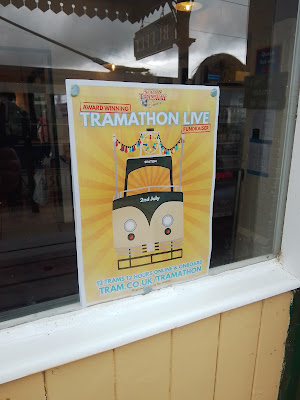 It was Tramathon day!
Once upon a time trams ran for 24 hours, but more recently the enhanced service only continues until 2200. The aim is to have as much of the whole fleet in operation as is possible - hence the stack at Colyton to take their turn for the run back to Seaton.

The star of the above, which rarely peeps out of its depot, is the boat tram. 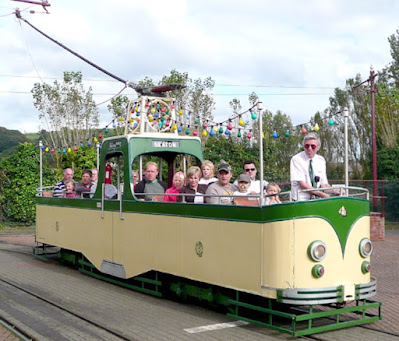 Its rarity, fbb gathers, is that its capacity for passengers is small. But on Tramathon days it is the star of the show and, indeed, it peeped into view at Colyton as the fbbs chomped on their chips. 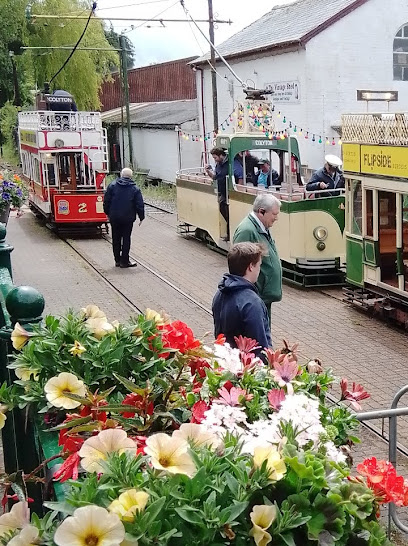 It was all an unexpected surprise as the ill-informed couple did not know it was happening. 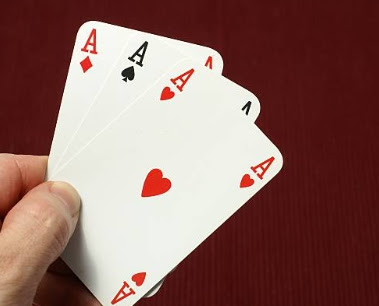 ... will appear in tomorrow's blog.

Monday and Tuesday blogs may need to be abbreviated to make way for the fbb's duplicate Fellowship meetings at 3pm on Sunday and Monday. Weariness can often impede the blogging muse.

Of the nine Greek muses, that best inspiration for a Public Transport blog might well be Clio ... 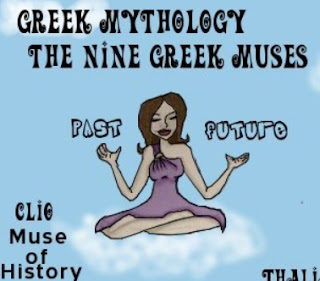 ... although, considering the way the industry is at the moment, ... 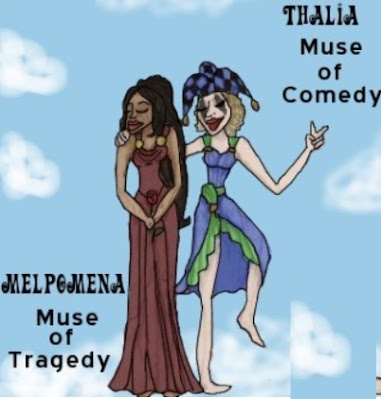 ... either Thalia or Melpomena (or both!) seem ideal candidates!
Next Variety blog : Monday 4th july
Posted by fatbusbloke at 02:00