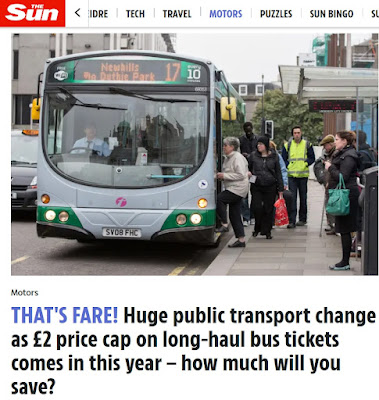 The answer to The Sun's question, certainly for urban passengers making three/four journeys a day is that you will be better off with your existing weekly "Rover"! The "Huge change" is only for a few winter months, so it will be back to "normal" post Covid increases once the deal finishes/

The bus industry's view is aptly summarised by a note received by fbb from a respected senior bus manager who will have to manage the  scheme.

Yes it’s going to be a mess.

£2 national max fare scheme administered by DaFT, no details, yet, of how operators will be paid and no agreement with operators yet. What will child fare be? Will start October.

Funding from other budgets, no idea what will be reduced to pay for it. Huge ramifications with weekly and period tickets. My guess is DaFT will try to cash limit , but what happens when money runs out.

So let’s say both schemes start, adult passenger goes from Stockport to Buxton (in Derbyshire) Is his £2 single a Manchester £2 or a national £2, and how might we tell the difference? What will his child pay?

Supposing he or she is a regular traveller making 10 journeys a week. Current weekly is £39.20. But under the new plan he or she will buy 10 x £2 singles. Someone owes £19.20 but who, and how do we know what tickets would have been bought before the scheme was introduced?

Yes it’s going to be a mess

Maybe the scheme in operation in Germany would ber a better deal for everyone. 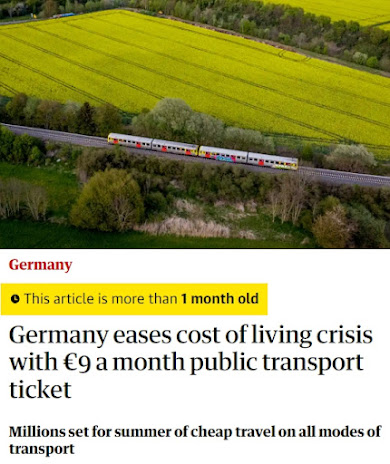 No 1 son and family made great use of the deal on a recent visit to Munich for a few days.

Of course, most of the public transport in Germany is heavily subsidised, so a deal like this is only about throwing a bit more cash into the industry piggy banks.

Another (Stagecoach) Grand Day Out 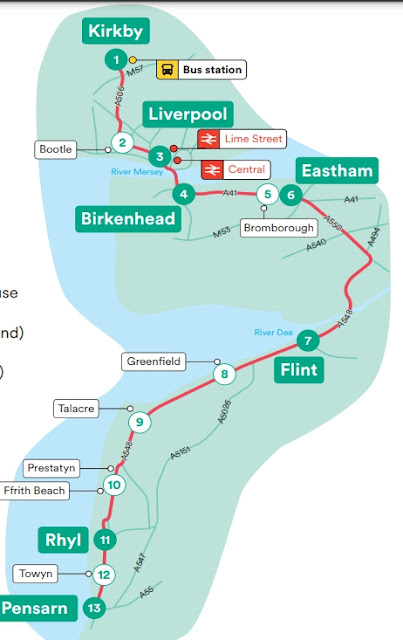 Running weekends and Bank Holidays it is a holiday "tour", so OAP concessions are not valid. Prices seem reasonable and journey times look acceptable! 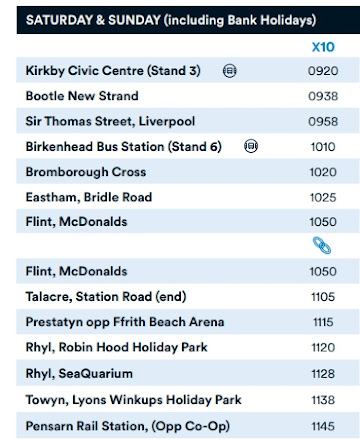 Return is at 1630 from Pensarn; so long enough to rid yourself of your spending money, have a chippy lunch and do as bit of body boiling on the beach.

The journey by rail is also about 2 hours but with TWO changes and will cost £19.70 day return. 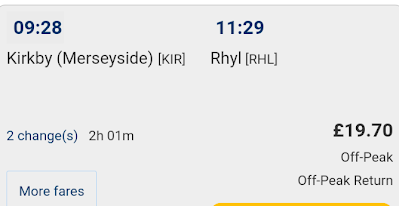 But, unlike yesterday's Skeggy, no rail fares are quoted.

Is there printed information?

A (First Bus) Grand Day Out

Possibly start your day on the Quantock Link, Buses of Somerset's service 28 from Taunton to Minehead. 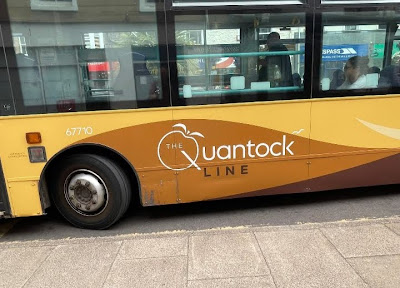 Then transfer to the Exmoor Coaster ... 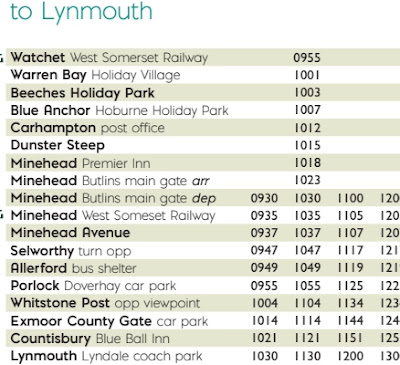 ... running hourly between Minehead and Lynmouth. Roger French was there with camera a day or two ago and was impressed with the excited crowds at some of the main stops. 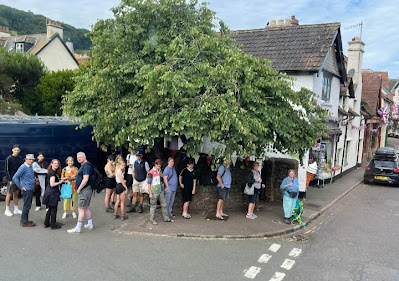 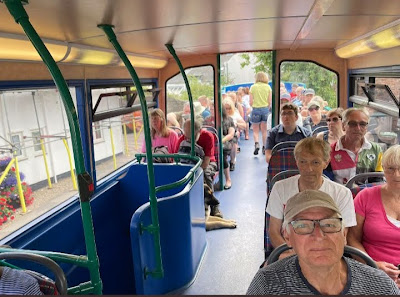 Then at Lynmouth transfer to the interesting looking "Sunseeker" ... 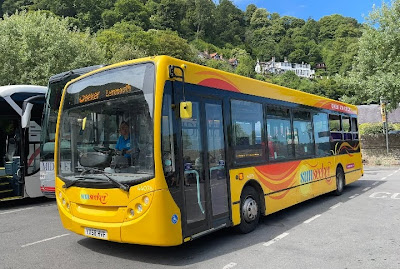 ... continuing to Ilfracombe. Take a close look at the back few bays of the above single decker. 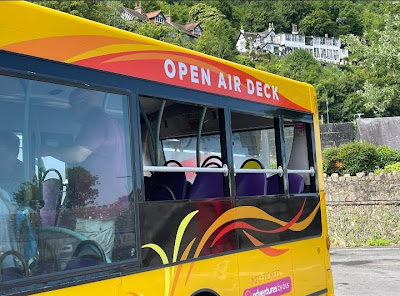 Look, no glass in the windows. So you can enjoy a wonderful view from the raised seats at the back and ... 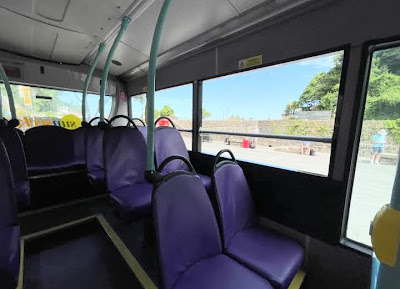 ... get full and free air conditioning as well.
Less frequent than the Exmoor Coaster ... 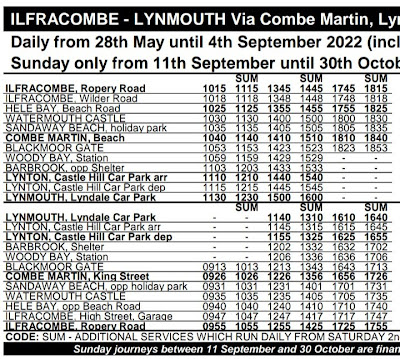 ... but; is it possible to do the whole lot from Taunton and back in a day?
Of course it is, easy peasy e.g. on a Saturday, but fbb will leave you to work it out!
And there is definitely printed information!

And Is There Printed Information?  NO! 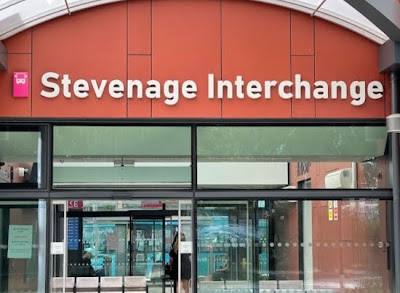 There is an enquiry office ... 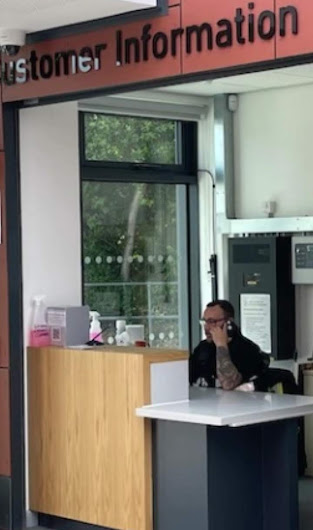 ... staffed by a real person badged "SECURITY", so obviously well versed in the public transport of Hertfordshire. "The man" had no printed information.
There are large screens at each stand with large departure lists ... 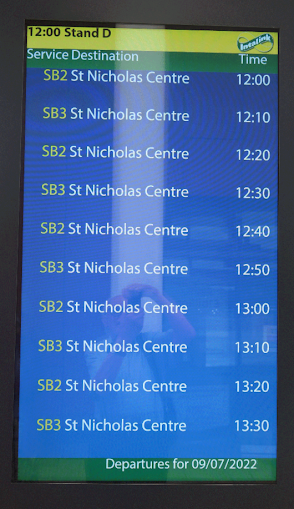 ... which are reputed to show real time - but gave no evidence of doing so. Of course, they did not tell you, for example, the difference between an SB2 and an SB3. And don't try looking on line for a Stevenage route map. 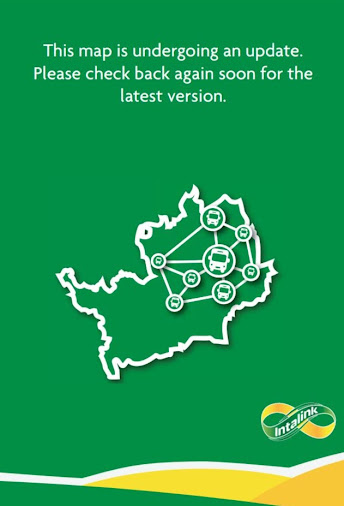 To celebrate the opening of the super shiny new bus station, there isn't one!
There were duplicate small screens, not easy to read, above the doors leading to the buses ... 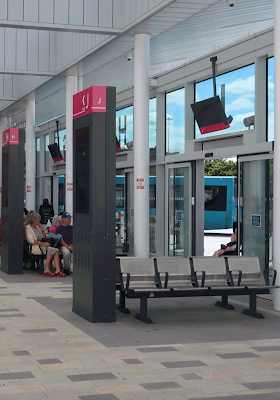 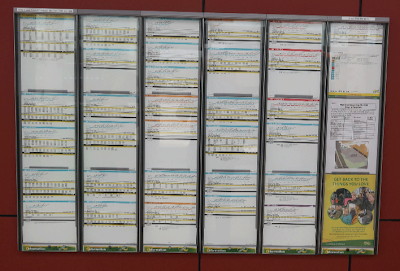 But nowhere on the bus station was there any timetable for any service.
Utterly disgraceful!

The bus industry wonders myopically why it is losing passengers. But worry not ...
IT'S ALL ON LINE

... but not quite.
fbb acknowledges material from Northampton Alan and snippets from Roger French's blog - who beat fbb in writing about it!
Next Variety blog : Sunday 17th July
Posted by fatbusbloke at 02:00