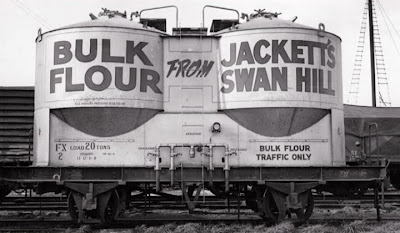 A while back, fbb was investigating how air pressure turned powder solids into a pseudo liquid which flowed like water (OK maybe liker single cream) and therefore could be pumped into and out of a wagon. The above picture popped up on line to remind you inquisitive author that it was not only cement which was so propelled.
But the bulk flour trade probably died quite early as road transport was used more cheaply for smaller flows from mill to bakery. But note the depth of the tanks in the above Prestwin wagon.
Some of these taller tanks were recycled as cement wagons - but, as cement "flour" is heavier than the wheat flour, the above type of vehicle would be overloaded.
So ... 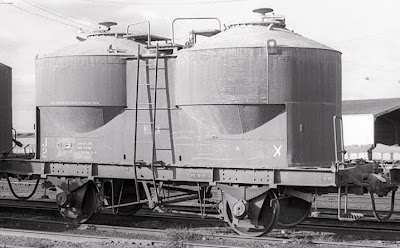 ... get out the cutting torch and remove a ring of metal from each tank to reduce its volume. fbb is assured by Wikipedia (so it must be right) that above is a flour wagon so incised.
fbb has never seen a model of a Prestwin flour wagon. Maybe some keen modeller somewhere has put back a couple of rings of polystyrene to return their Hornby model to an enlarged flour tank version?
But next, along came so-called VEE wagons ... 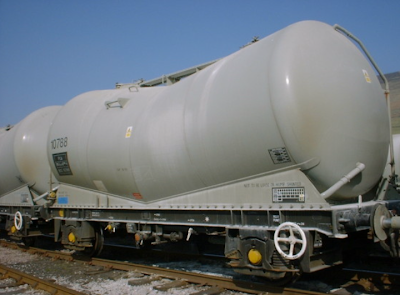 ... sometimes called "depressed centre" cement wagons. The idea was the the slope enabled gravity discharge vis a gurt big valve under the tank as well as the option for piped air under pressure. Here is said discharge valve on a model. 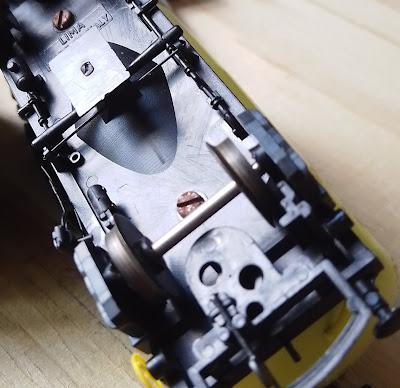 It is that square plate thing!
The first model of one of these came from Italian manufacturer Lima at a time when they were breaking in to the British model railway market. Various versions appeared in grey-based livery ... 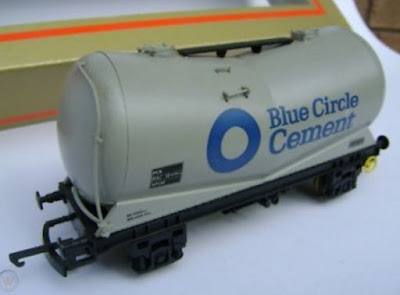 ... but fbb's is in the yellow of Ketton cement. 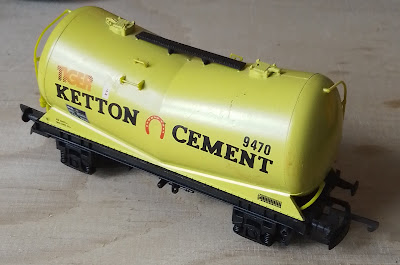 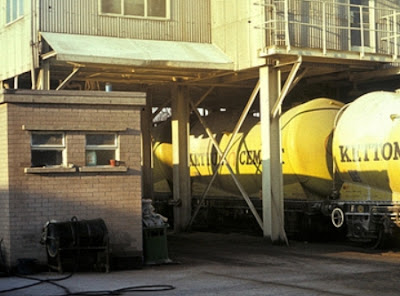 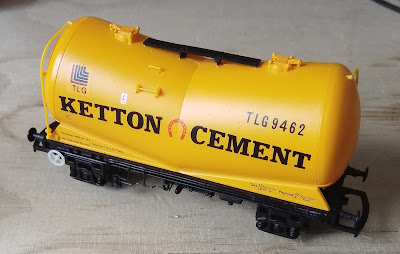 Second; which brake wheel is correct, the three spokes of Lima ... 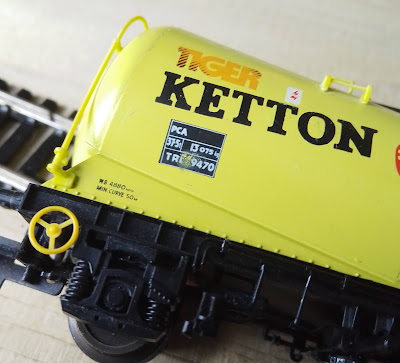 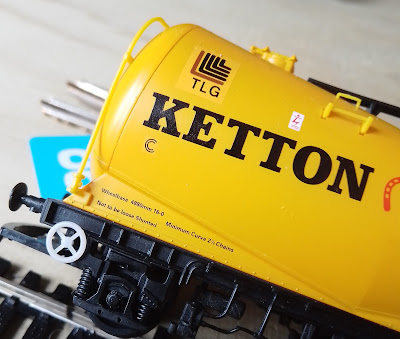 Maybe both were used as available or if one fell off!
And Third; when did Dapol model a VEE from the same moulds as Lima/Hornby go on sale? 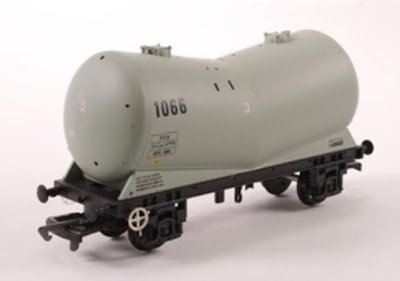 Note that it has the more modern small couplings and Hornby's four spoke brake wheel.
fbb is trying to buy a Dapol model, but they are few and far between so no success yet. The only on-line source appears to be Hattons of Widnes, but when you look closely ...
Hattons of Widnes
Dapol Ex-PCA Wagon "1066" - Pre-owned
Coupling loose at one end
Stock Details
Is this item actually in stock?
No, this item has sold out.
Add it to your wishlist and we will email you if a pre-owned one becomes available.
Fat chance!
Progress in Power Preservation 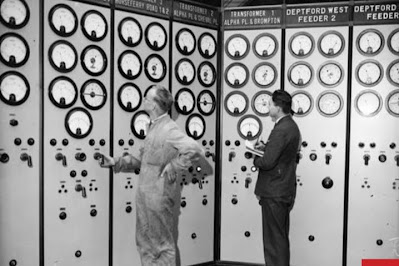 Above, a monochrome shot of part of the Battersea control room set up. And below a vintage shot of the iconic generator of much of London's electricity as seen in full polluting action! 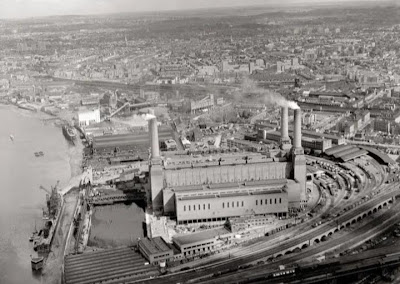 We know that the former power station is now a flats, shops and caffs "destination" with its shiny new Underground station. But, several bloggers "in the know" have reported that part of the control room infrastructure ... 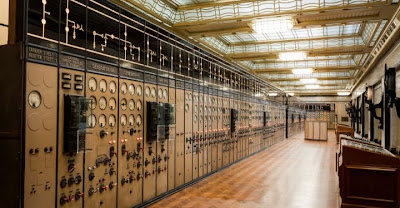 ... including its iconic central control desk ... 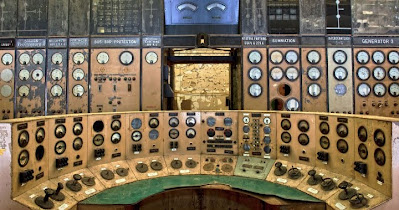 ... will soon be open to the public.
You could almost imagine a power station version of Reginald Dixon rising from the floor and playing "I do like to be beside the seaside" on the plethora of switches and buttons!"
Even more exciting will be a lift ride up one of the four chimneys to a viewing gallery at the top. 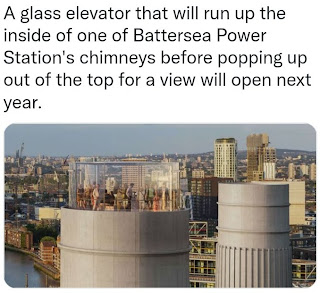 It is not at all clear what you will see out of the "glass elevator" as you rise up inside the chimney!
Bricks?
But the view from the top will be splendid! 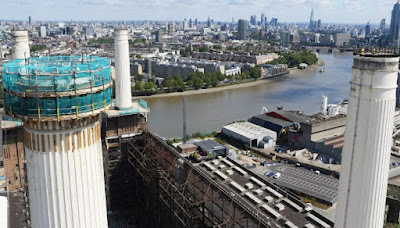 And you can ride to Battersea Power Station station on the newest bit of London's Underground. 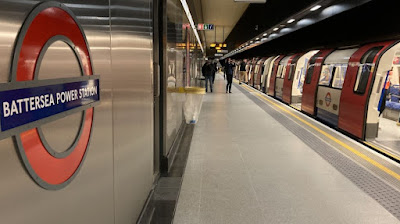 fbb is planning to "do" the Battersea line, the Overground to Barking Riverside and all bits of the Elizabeth Line line when the latter is all joined up.
Here's hoping that the old man lives that long!
Next Bus Show & Variety blog : Saturday 9 July
Posted by fatbusbloke at 02:00