In Place, A Pacer Tail Chaser

fbb is sure (???) his readers would want to see his Greater Manchester liveried Pacer chasing its rear end round the new test track. Exciting isn't it?
For its age the model is not at all bad, but falls well short of todays more detailed standards (and much higher price!) The moulding and rivet details are crisp ... 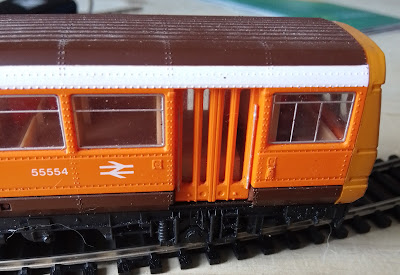 ... and the windows commendably "flush" with the body. The lettering is well done ... 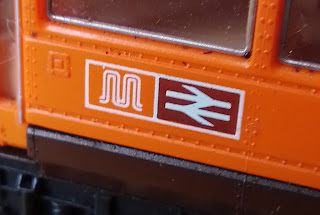 ... although there is no "unit number" on the front. 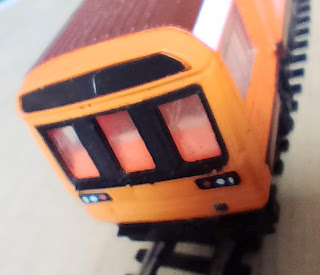 There are seats, but not correctly coloured ... 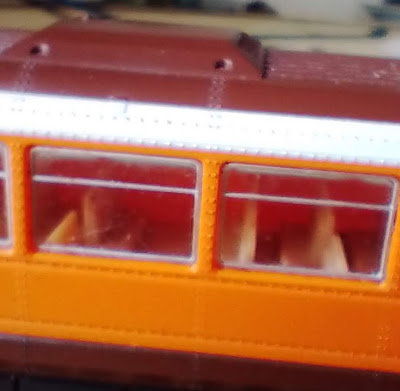 ... and the chassis detail is basic and only offers what you can see. 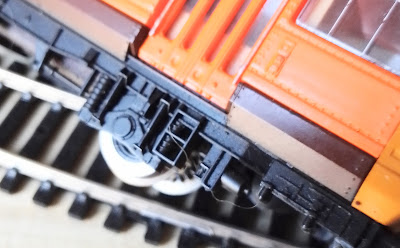 Modern models have lots of extra underfloor "stuff" which you cannot see when the model is running! Each "half" unit has its own motor ... 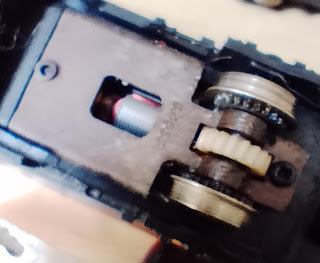 ... small enough to be almost clear of the interior seating.
Here's the real thing ... 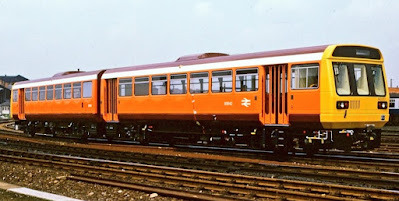 ... also without a unit number on the front - so maybe Hornby is right!
Clever Hornby have pivoted one axle on each carriage allowing the model to go round sharp "toy train" corners (and fbb's test track!) despite its long wheelbase ... 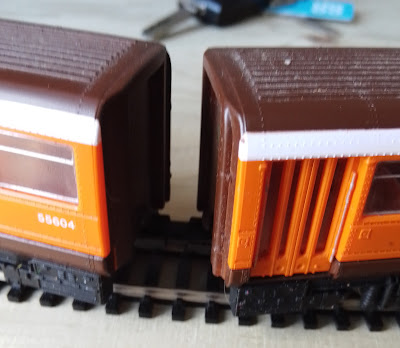 ... but it looks silly doing it. Compare the gap with the real live gap above!
One other problem with a "cheap" (relatively speaking) toy train is that the body sides are translucent. Below we see the setting Seaton summer sunshine streaming through the side panels. 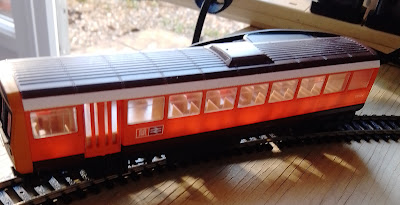 A keen modeller would take the vehicles apart and paint the inside of the body moulding, and, while he was at it, give the seats a realistic representation of the appropriate upholstery colours.
fbb's not that keen.
Puzzle Picture. 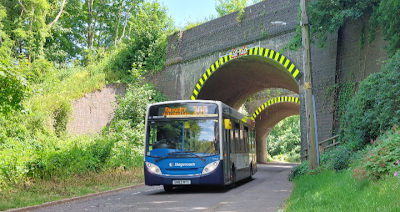 Woodford Halse, on the new-closed Great Central Railway (GC), was a significant junction although a fairly quiet passenger station. 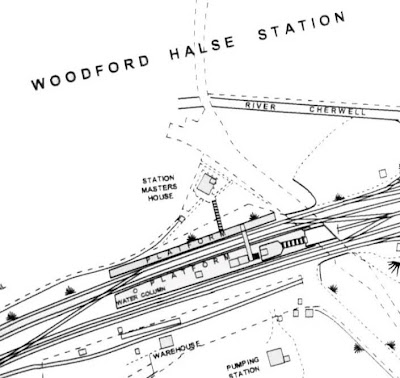 It had a large goods yard which was used for sorting and re-marshalling trains for several routes in addition to the GC "main line". 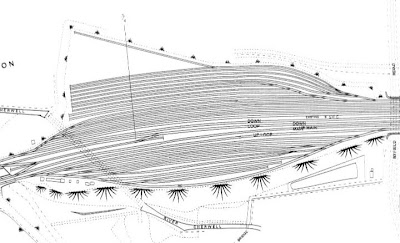 All of this was in a very rural location. There was also a big and busy engine shed. 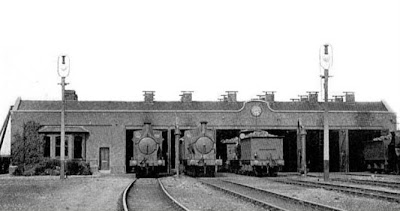 But the shed had no turntable! To point the locos in the right direction, they were turned via the triangle of tracks that was part of the junctions south of the station. 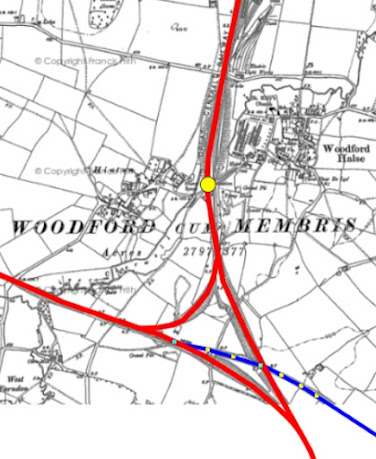 It was the triangle and its use that was unusual for such a station!
Indeed when fbb was but a spotty irk, keen Northampton train spotters would cycle to Woodford Halse to cop a few Eastern Region steamers.
fbb was not that keen!
The Sheep Bus Leaflet 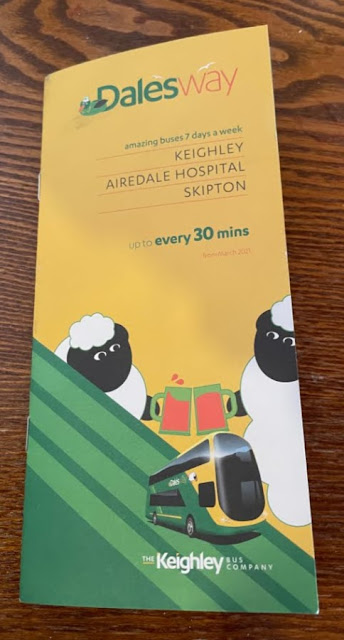 It is packed with ovine puns - very corny but very different! 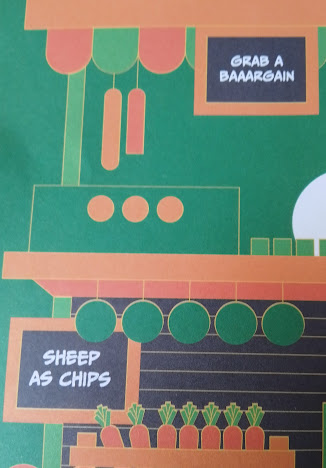 ... some verging on the obscure! 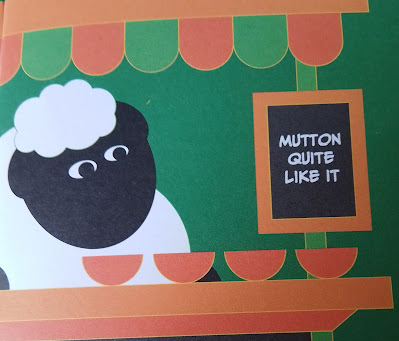 Mutton = Nutton = Nuttin = Nothing! A bit far fetched. But the puns continue. 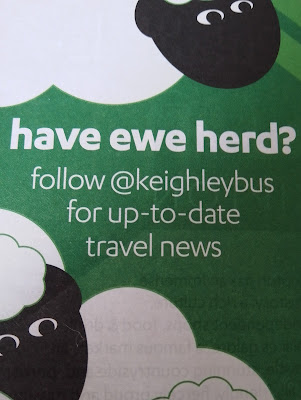 MEGA GROAN!
fbb wouldn't give you Tuppence for yet another sheep related (slightly) funny wordplay!
There is information about "season tickets" but nothing about ordinary fares - which is a pity ... 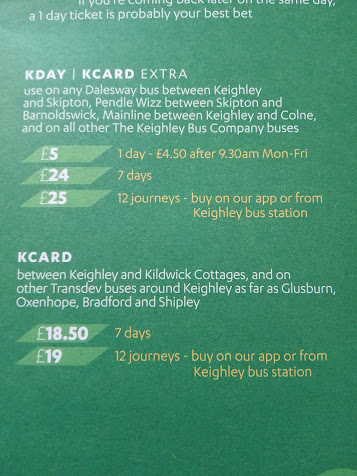 ... because you can never be certain whether they are trying to Fleece you.
Oh, fbb nearly forgot. There is a full timetable for the Dalesway service (extract only shown below) ...

... a summary of all buses to the Airedale Hospital ... 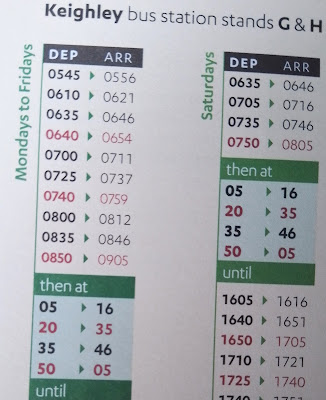 ... and an excellent route map. 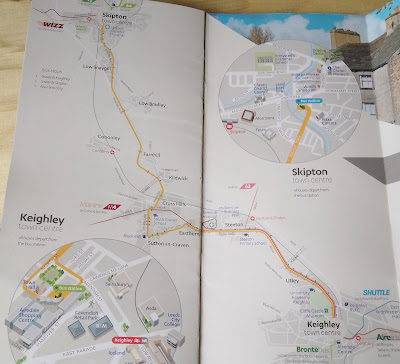 For the benefit of all of Arriva, most of Stagecoach and most of First Bus this is what is called publicity. It is what sensible bus managers do to encourage people to use the buses and enjoy the ride.
Transdev Keighley and District should be a Bellwether for the whole industry - especially in the present situation where many of the bus operators are suffering from Omnibological Scrapie!
Next Variety Blog : Friday 8th July
Posted by fatbusbloke at 02:00