Big Protest On Planning for Reston

The Scotsman newspaper has carried this worrying report.
Scotland’s newest station, being built at a cost of £20 million, is likely to be served by only a handful of services a day when it opens next year. 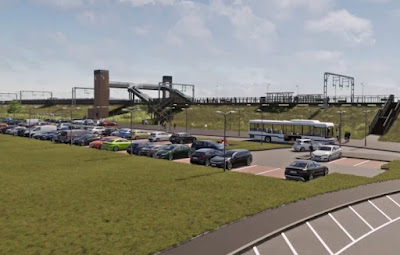 Reston, on the east coast main line near Eyemouth in the Borders, is due to be completed next March following a 22-year campaign for its re-opening. 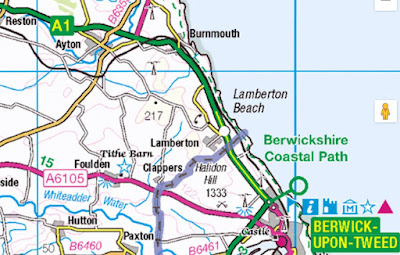 There it is, top left, on the East Coast main line between Berwick upon Tweed and Edinburgh. It is across the border in  Scotland and was once a junction. 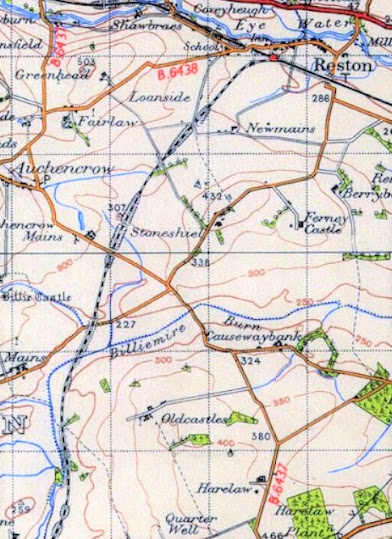 The connecting line rambled through nowhere very much until it joined the Waverley route from Edinburgh just north of St Boswells. 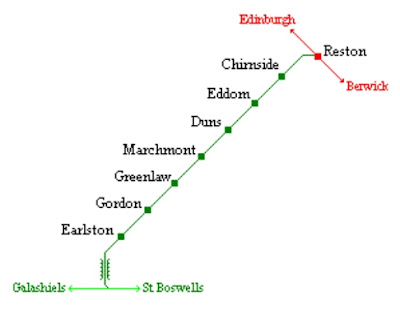 It is hard to imagine that this little line was ever busy and even harder to imagine that it ever made any money! It closed in 1952!
The Leaderfoot Viaduct alone must have cost several arms and a few legs! 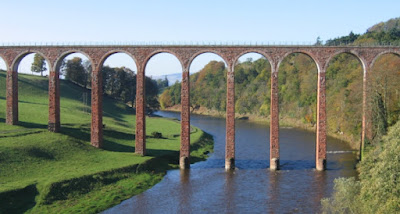 But the idea of a good train service from Reston to Berwick and Edinburgh was very much part of The Scottish Parliament's policy of developing much improved rail services. Reston would be a useful railhead for many communities, currently with poor transport links

However, instead of a planned ScotRail commuter service to Edinburgh, the station is expected to be served by just four trains a day in each direction from cross-Border operators. Two-hourly ScotRail trains between Edinburgh and Berwick, which would have called at Reston, were written into Abellio’s franchise in 2014.

The then transport minister Keith Brown ... 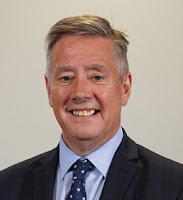 ...  described this as a “huge step forward towards the realisation of these services and shows a real commitment from the Scottish Government and ScotRail”.

However, the two hourly service was later scrapped because of delays to the station which was originally due to have been finished in 2016, replacing one closed 57 years ago.

Now, a draft east coast main line timetable for May 2022 reveals it will include just one LNER and three CrossCountry services a day calling at Reston in each direction. 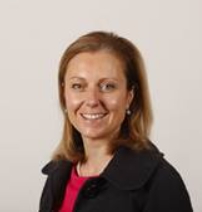 .. said she was “astounded”. “Reston station isn’t yet finished and it seems its future is already in jeopardy. The Scottish Government spent years making a decision to back its reinstatement. To now be told the station could be just one big beautiful white elephant is insulting.”

Four trains a day, arbitrarily plucked out of trains from "over the border" will NEVER attract the number of passengers that the new station was intended to serve.

There seems to be some particularly daft and unjoined up decision making here, plus a good measure of the usual. 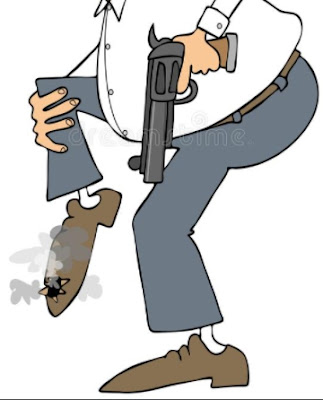 To run salt into the wounded feet of Scottish politicians, planning permission has just been granted for a new station at East Linton ... 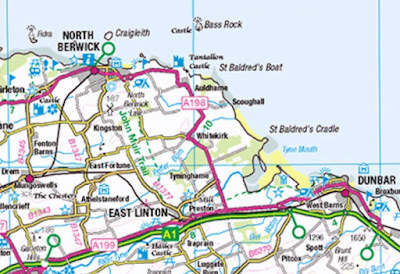 ... on the same line and with exactly the same problem of a lack of trains!
More on this in due course.
Northampton Heritage Day
(Item should have appeared yesterday, but aged brain failure set in. But if you are reading this whilst enjoying your Coco Pops, there might still be time to get there.
Historic buildings, churches and venues across West Northamptonshire will be open to the public for free from Friday 10 to Sunday 19 September, as part of the national Heritage Open Days event, now in its 27th year.
The four-day event, coordinated locally by West Northamptonshire Council and run by volunteers, is a once-a-year opportunity to explore some of the area’s unique historic buildings and sites, many of which are usually restricted or charge for entry.
The 900-year old Delapre Abbey will open its doors to the public free of charge, including tours of the walled gardens and talks by local historians, covering the Battle of Northampton and the Eleanor Cross.
The original Jeyes chemists and museum will also be offering special tours and activities at their site in Earls Barton, while there will be talks and activities at the Hunsbury Hill Centre, including William the shire horse harrowing the wild flower meadow in Hunsbury Hill Country Park.
Several churches are among the buildings throwing their doors open to the public as part of the event, which is England's largest festival of history and culture. St Matthew’s Church in Northampton, home to the ‘Madonna and Child’ by world famous sculptor Henry Moore, St Andrew’s Church in Whiston, home to a ‘mysterious stone’ and the Saxon church of St John the Baptist in Kingsthorpe are all taking part.
Other highlights of the nine-day programme include the Northampton Heritage Fair at Delapre Abbey, including demonstrations, crafts and classic cars, 100 years of United Counties buses at Northampton’s Market Square and a self-guided green plaques trail around Cogenhoe Village. The ever-popular free boat trips on the Grand Union Canal will also sail from Blisworth.
Many participating venues will be linked up by the Heritage Bus Service on Sunday 12th, so visitors can enjoy a free ride on a classic bus, with buses departing from George Row in the town centre. 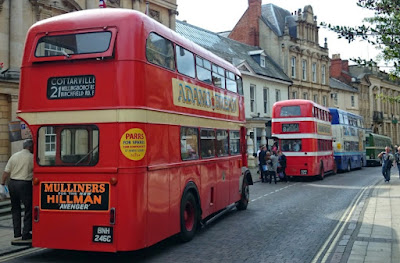 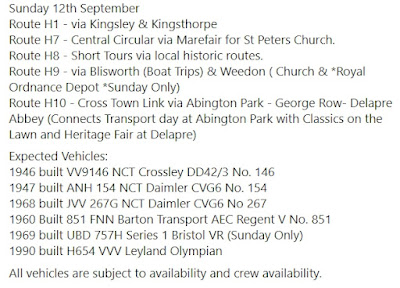 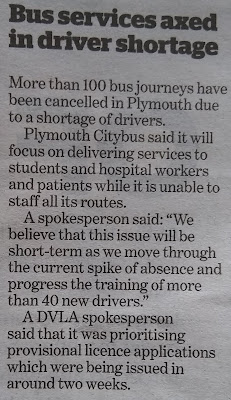 The above paragraph appeared in the "i" newspaper on Saturday.
Signs Of The Times (2)
A little more positively, London underground maps are getting stickered ... 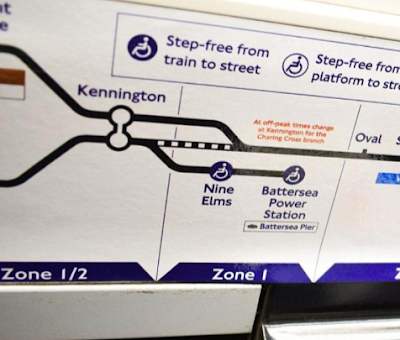 ... ready for the opening of the new bit of the Northern Line. 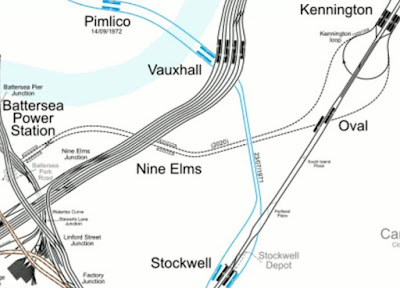 An opening date has been announced (about two years late) ... 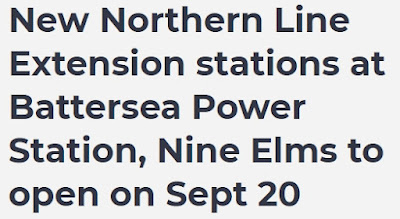 ... providing a frequent tube service to this whole developing area. 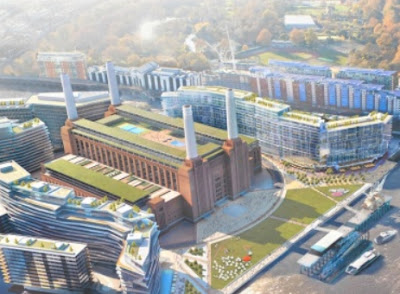 It will certainly look a bit brighter than it did in 1935! 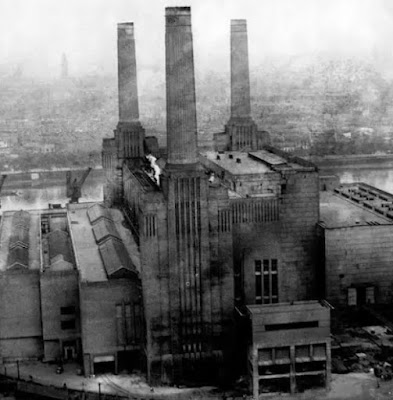 Signs of the Times (3)
Don't tell anyone, but a new Isle of Wight train has been seen running up and down Ryde Pier. 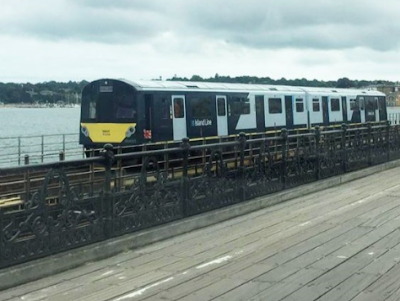 There were no dents or scrapes on the bodyside, so, presumably it made it through Ryde tunnel unscathed. So we should soon have a date for the re-opening of Island Line?
Erm, No! 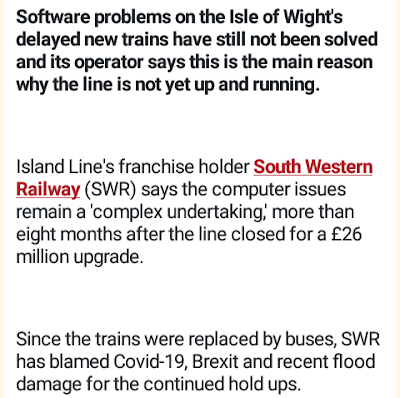 Once again, fbb asks "What software?".
Surely there needs to be a go button, a go faster button, a go slower butting and a stop button.
"Sorry, folks, we can't run to Wootton today - we've got a software problem!" 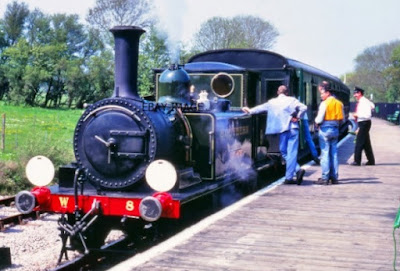 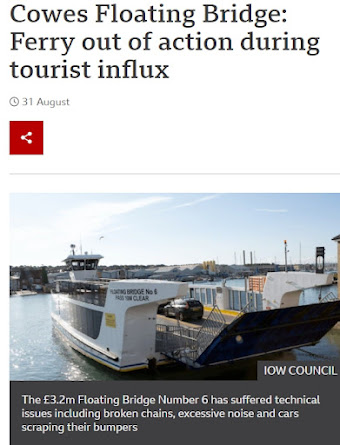 It must be a software problem! 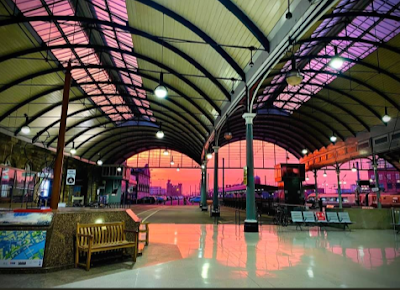 Newcastle Central Station at dawn.
It, also, has improved a bit since "the good old days". 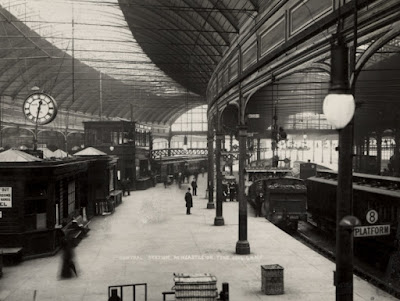 Let There Be Light
No, fbb does not understand it; but a twitterer took this snap. Apparently "this chap" joined a train clasping a traditional standard lamp. 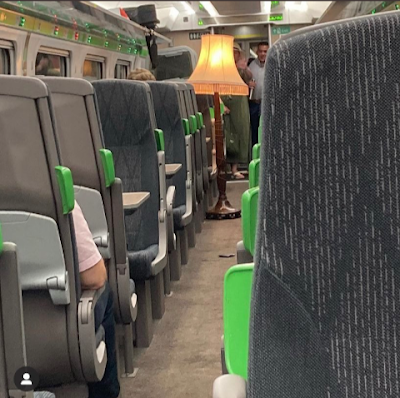 He plugged it in, switched it on a continued his journey. No one objected and no one seemed to know why!
How about a fan; or a George Foreman Grill and freshly cooked supper. 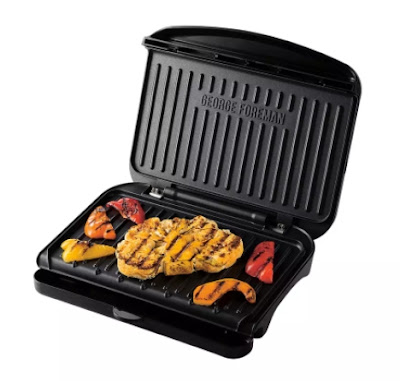 Freshly cooked bacon sarnie, anyone?
Tomorrow, we are schedule to go to France ...
... to somewhere fbb had Nevers heard of!
Prochain blog sur les autobus français : Lundi le 13 Septembre
Posted by fatbusbloke at 02:00