And Proper Timetables, Too 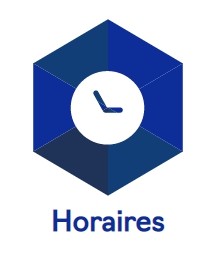 What is really encouraging on the Taneo web site is that access to timetables is very simple and up front. On the home page the "Horaires" icon is very obvious indeed. In the UK it can be a struggle to fine timetables as here with Go Ahead North East's web site. 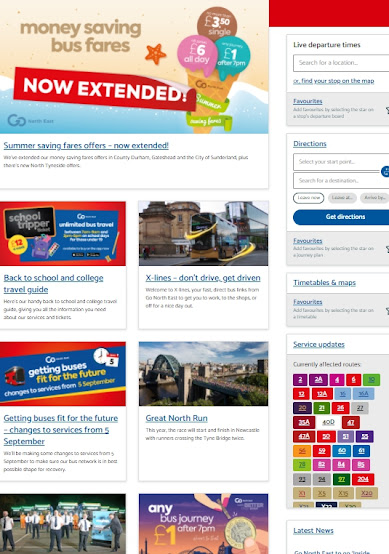 The emphasis is often on everything except timetables although most passengers just want to see at what time their bus on their route will be going.
So, apprehensively maybe, let us click on that clear "horaires" icon. Up pops five subheadings.
Lignes Régulières
Lignes à la demande
Autres Services
Lignes Presto
Lignes Mobigo : TER et Lignes régulières
fbb's "A" level French (Grade B - much to his and his teachers' amazement!) can cope with these headings.
So we take a look at "Lignes Regulieres" and start with T1 colour coded in RED.

Fortunately D/JF is expanded as Sundays and Feast Days (Bank Holiday equivalent, but a few more than in the UK - any excuse for party time!). Alongside is a click button to a PDF with a commencement date included. 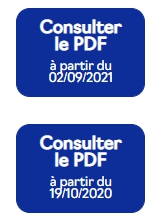 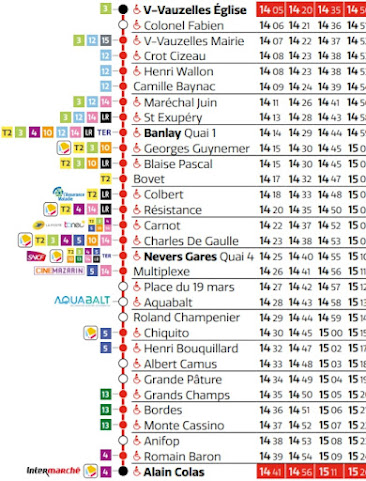 It looks like a modern tram timetable and maybe there is an intention that one day it might become a tram - numbered T1, of course. Note that the stops are given names, like many tram stops. 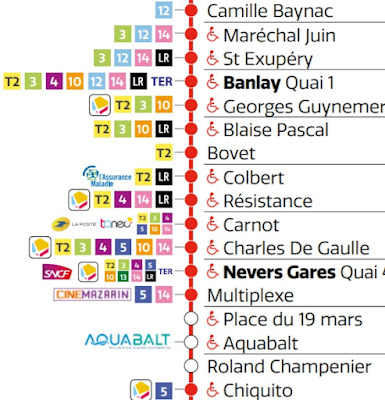 fbb recognises Charles de Gaulle, Blaise Pascal and St Exupery. Charles de Gaulle is a street as well. But giving a stop a simple name is so much more customer friendly than the convoluted designations of the NaPTAN database.
But what are Aquabalt ... 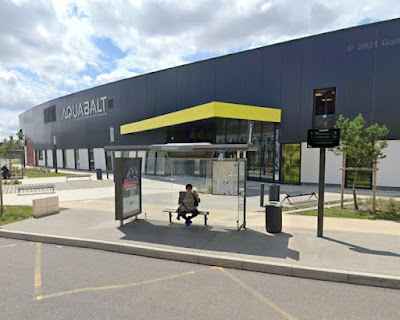 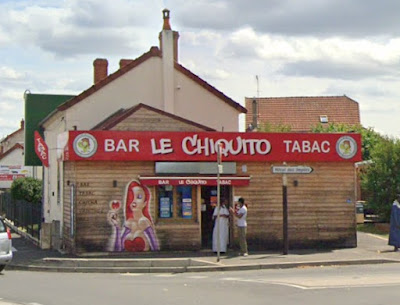 We also note that T2 parallels T1 giving the core of the route eight buses an hour. 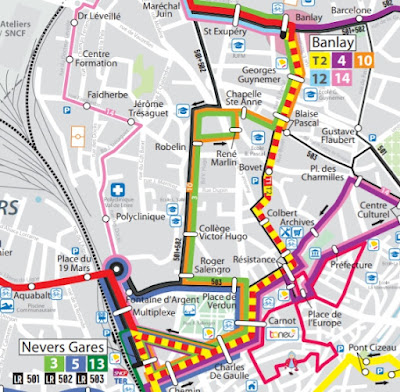 Lets take a look at the T1 as an example of how the timetable and map translate themselves into reality. We start in a neighbouring "community" called Varenne Vauzelles ... 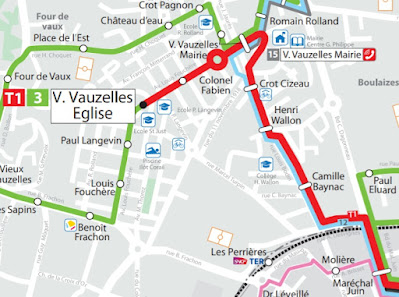 ... next to a splendid church. 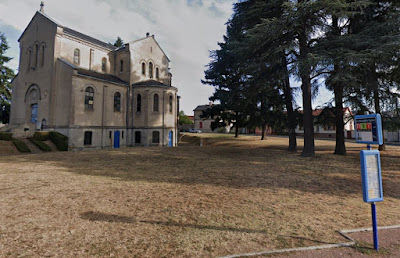 While we are there, note the superbly equipped bus stop with super "flag" ... 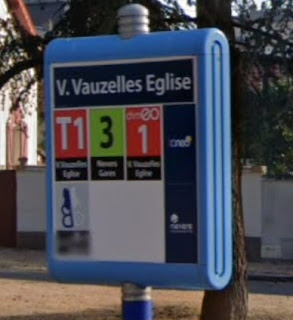 ... and a frame with departure lists, network map (chocolate peanut for the map) and general fares information. 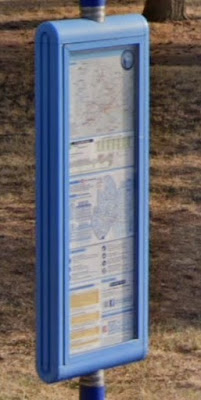 It all exudes quality and could be said to be "creating desire"!!
The T1 trundles on to the adminstrative centre of the community at the "Mairie" (Town Hall) - which comes as a bit of a surprise. 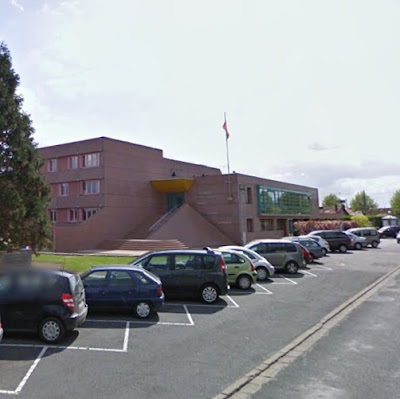 fbb was expecting a more ancient building, possibly with a classical portico!
At Banlay we arrive at the terminus of the T2. 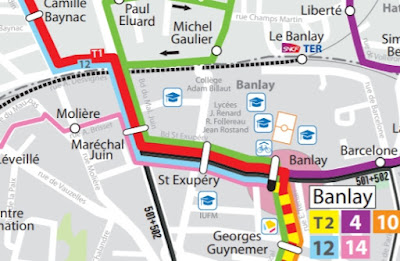 Here we have a delightful mini bus station ... 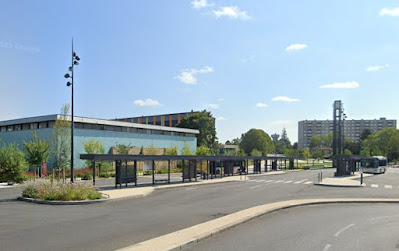 ... actually quite a large mini bus station, although on the basic side of basic.
Of course, London has plentiful quantities of suburban bus stations, usually as part of a National Rail or Underground station, but you would never expect anything similar in a UK community of 60,000 souls!
Unusually the bus station and the railway station at Banlay are not together. fbb, again guessing, reckons that the station is new ... 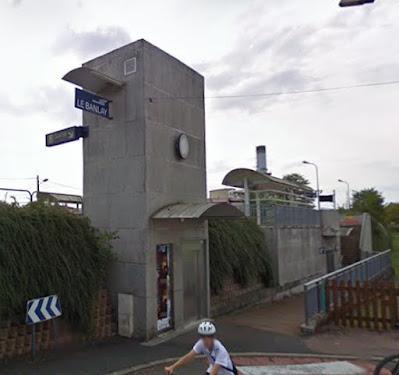 ... squeezed in to serve an area of housing and a large campus of educational establishments. 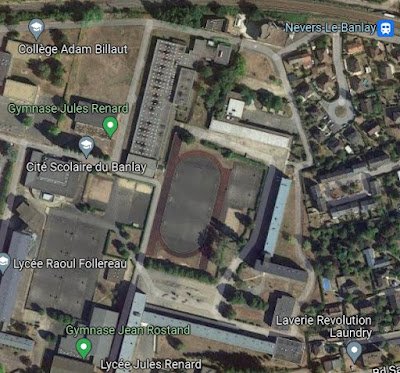 It probably post-dated the bus station.
The T1 bids farewell to the T2 at Nevers railway station and zigs and zags a bit ... 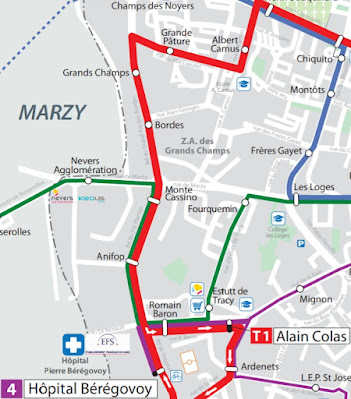 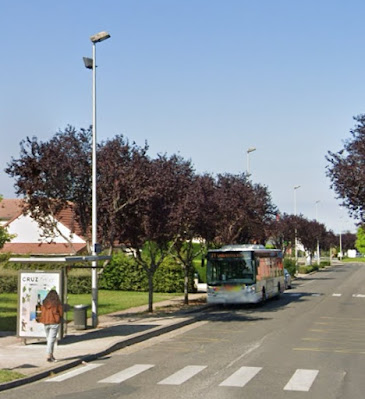 The terminal loop continues to the Hopital Beregovoy. The hospital is huge ... 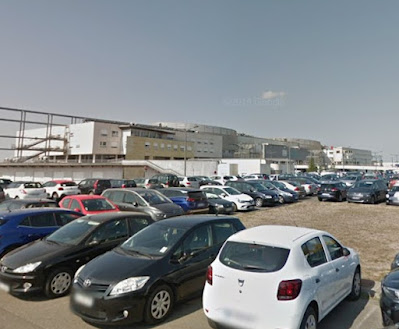 ... with vast tracts of car parking. Does anyone get there by bus? Service 4 also terminates here. 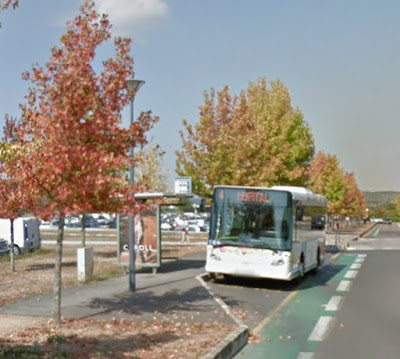 Although this is a bus exploration done remotely, thanks to the Taneo web site, its maps and timetables plus a delve into Google Maps, you can see the quality of the service offered by this nationalised locally financed "franchise".
Will Manchester's proposed franchise be as good? Likewise will the aspirations of Cornwall Council lead to something of equal quality?
Doubt it! Doubt it very much!
Tomorrow we look at the wide range of different services on offer in addition to the key cross-town T1 and T2.
A Sheffield 208 P.S.
Remember the First Bus oddity. Its maps think the 208 runs to Dinnington ... 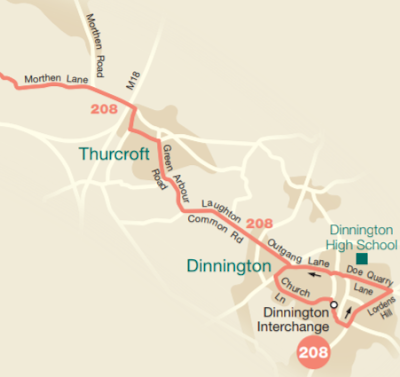 ... and its timetable says it terminates at the btm of Whitehill Road (which First thinks is Whitehill Lane) in Brinsworth.

Other experts (PTE, Traveline), including fbb, think that the bus runs to Worrygoose Roundabout on the main Bawtry Road on the outskirts of Rotherham. 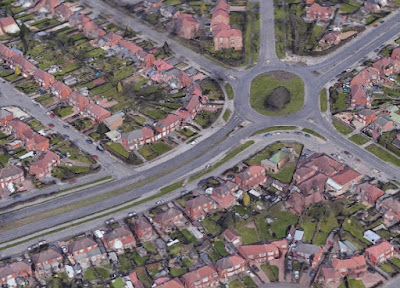 So convinced were some Sheffield bus watchers by First's wrong information about their own bus route, that they started muttering that First had changed the route without telling anyone!
fbb was convinced that it was simple incompetence and blogged accordingly a few days ago. But the only way to convince himself with utter reliability was to get some pictures. Sheffield chum Dave toddled out there from nearby Aston and snapped a 208 about to snuggle into its terminus layby on the southern edge of the road, having gyrated round the roundabout. 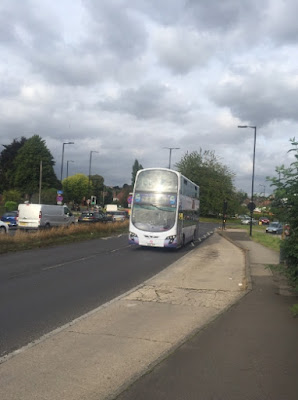 Then, yesterday, correspondent Jordan set off to Worry about the Goose. Here is a 208 at the stop before the roundabout ... 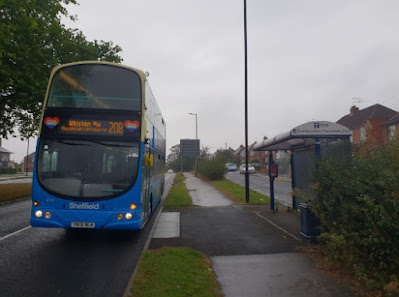 ... and pictured passing the road sign before turning to achieve the layby as above. 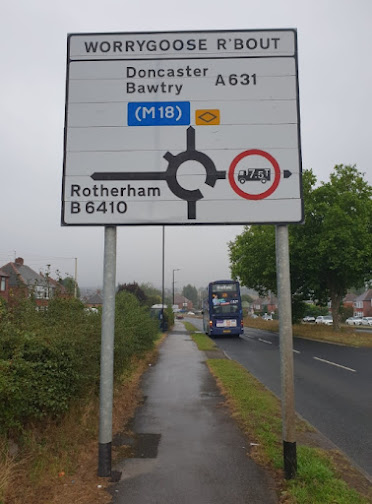 So, yet again, First Bus simply don't know where their own buses run.
Beyond belief!
Next Nevers Heard Of It blog : Thursday 16th September
Posted by fatbusbloke at 02:00