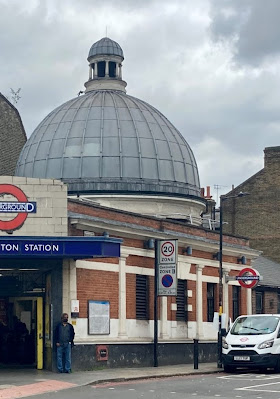 Which Station? More in a forthcoming blog. 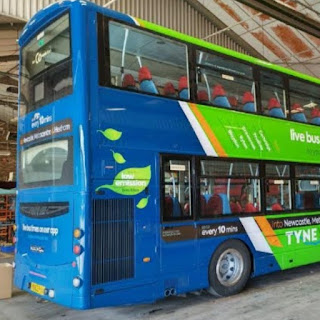 What is the SPECIFIC link between this bus and Newcastle United football team. More in a forthcoming blog.

An Offer You Can('t) Refuse 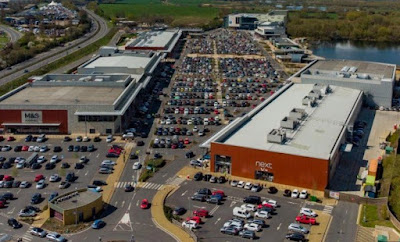 We all love a retail park - so we are told - and the above is the fantastic Rushden Lakes, at Rushden. (It is in Northamptonshire).
When it opened, everybody and the cat started running buses there to take the crowds of happy shoppers on their weekly retail therapy. They all fizzled out (buses not shoppers!) as most dedicated spenders found it more convenient to go by car.
UNOwho in fetching fuchsia, is bucking the trend with this new Saturday only offering for the University of Northampton. 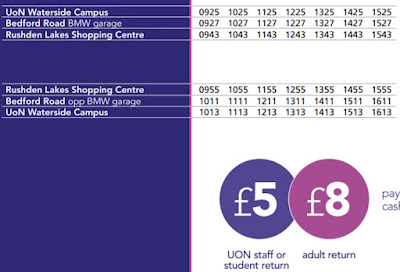 Why students and staff would want to pay £5/£8 to go all the way to Rushden to buy things they could purchase in Northampton is not at all clear, but such is the lure of a retail park.
But Rushden Lakes has come up with a spiffing wheeze to endorse its "green" credentials. It is very exciting. 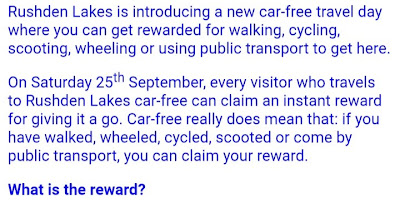 Bewiched is not the TV series (Bewitched with a "t") but a retail coffee emporium ... 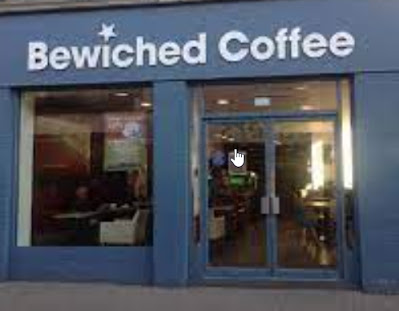 ... whilst Magazine Heaven is a retail coffee emporium which also sells magazines. 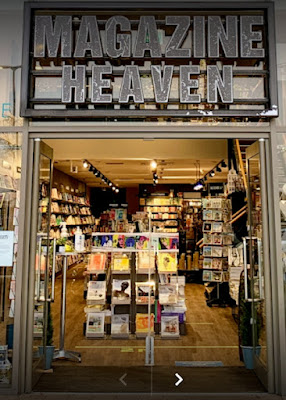 And you would guess that Jamaica Blue ... 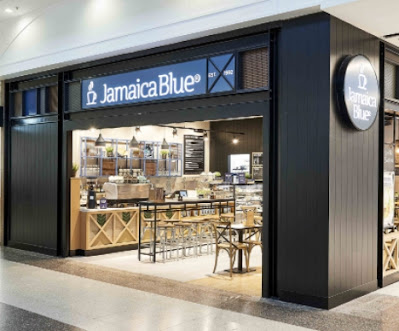 ... might, possibly, be a coffee emporium which sells coffee.
Sadly the deal only applied to yesterday and fbb has received no reports as to the size of the crowds alighting from the Stagecoach buses and rushing to claim their free bevvy.
Service 50 runs hourly from Bedford ... 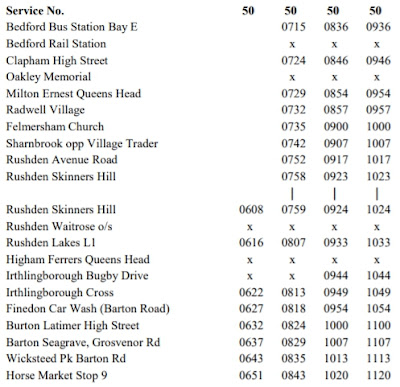 ... to the delightful Northants town of Horse Market; whilst on Saturdays, a busy shopping day, The X46 from another small town called North Gate ... 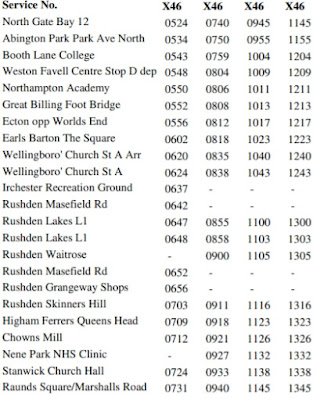 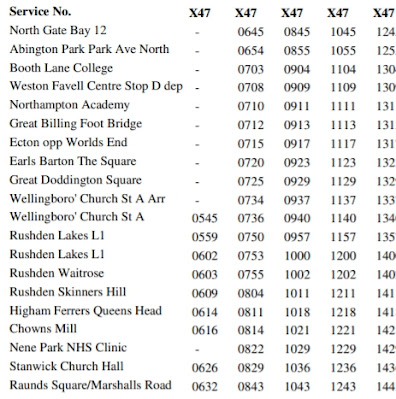 Good, innit?
It is called building back better.
fbb thinks that the free coffee may not be the greatest promotion success that Rushden Lakes hoped for. Maybe the crowd control was not really necessary! 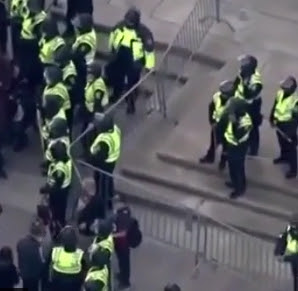 Building Back Better At A Bus Station! 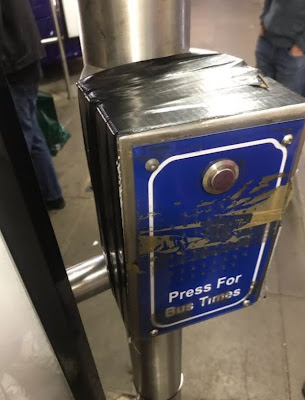 With push button help screens? Sanitising footwash at each stand - 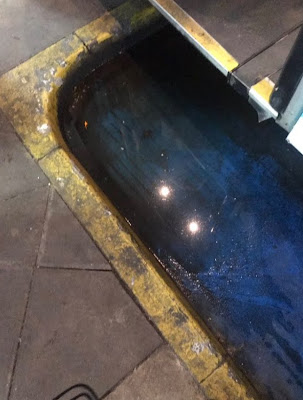 - it's a puddle! Plus superb passenger information. 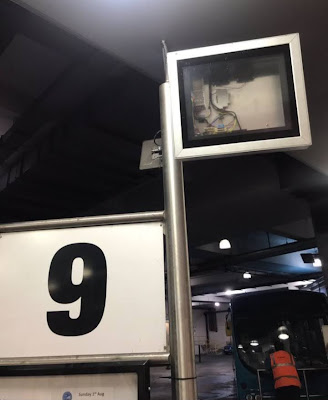 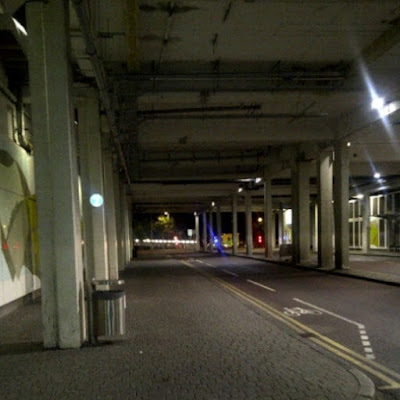 Building Back Better in Bucks?

Almost all of the remaining UK's "underground" bus stations are tatty, grim and unattractive. Meanwhile, in Europe ... 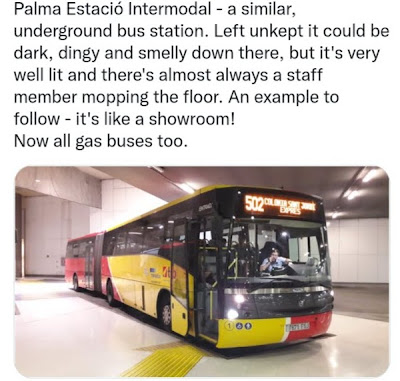 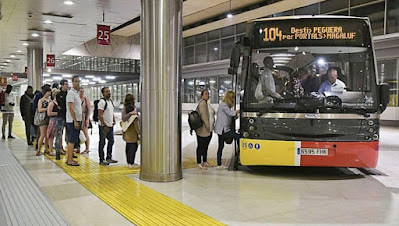 And it is utterly underground! 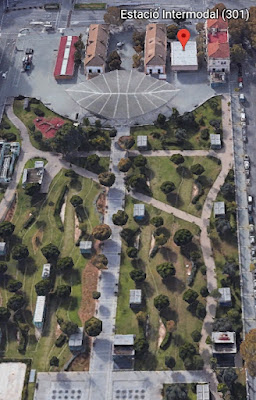 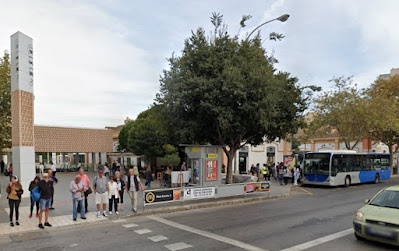 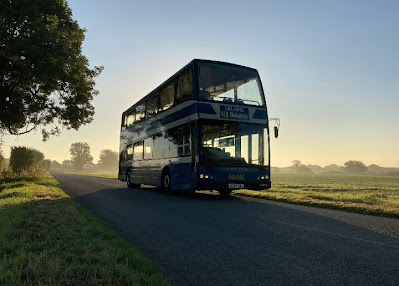 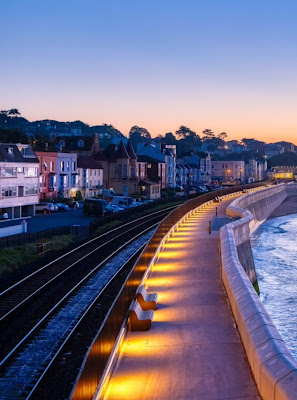 Sections of the new sea wall, now complete with lights and benches. 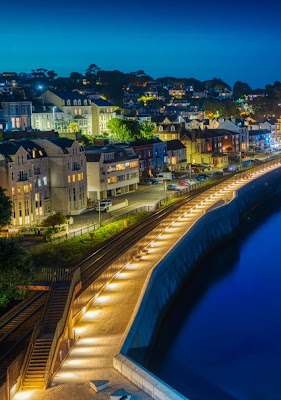 Guess Who?
... designed the "Mainline" livery for the privatised South Yorkshire Transport? 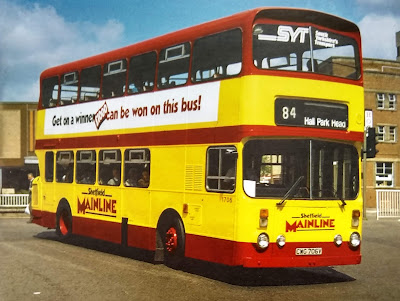 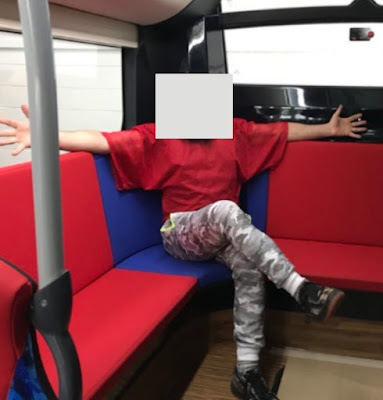 He must have been still in short trousers?
Next Variety blog : Monday 27th September
Posted by fatbusbloke at 02:00