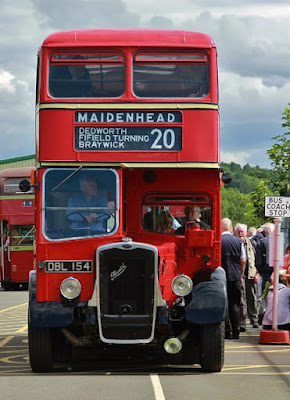 The original Thames Valley began in 1915 in Reading and rapidly expended along the corridor that would, one day, host the M4. In 1972 the company merged with nearby Aldershot and District ... 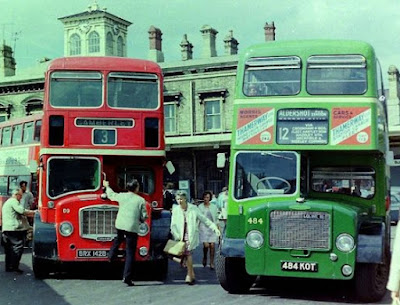 ... to form Alder Valley, named after the non-existent River Alder! 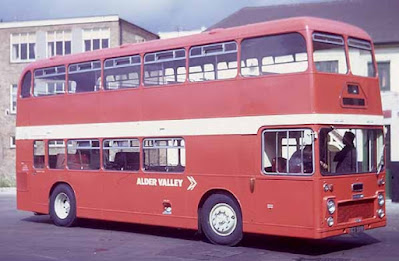 The company received a large batch of VRs from the Scottish Bus Group (which didn't like them!) hence the poorly adapted SBG destination display.
It got split again (privatisation!) and begat Bee Line ... 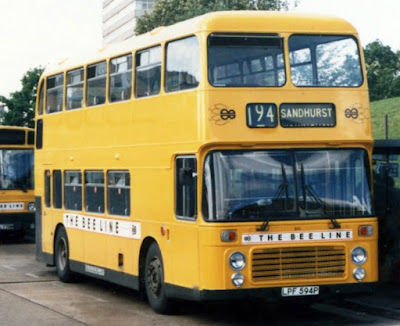 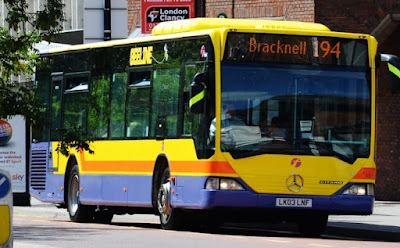 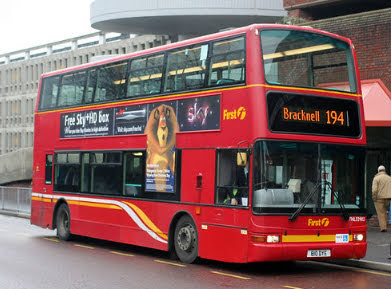 ... and thus began a steady decline and more cast-offs (from London, above) ... 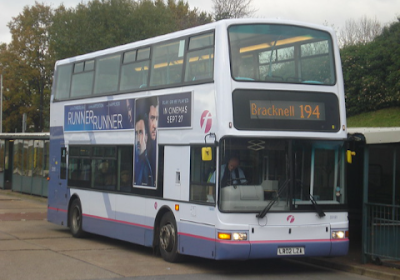 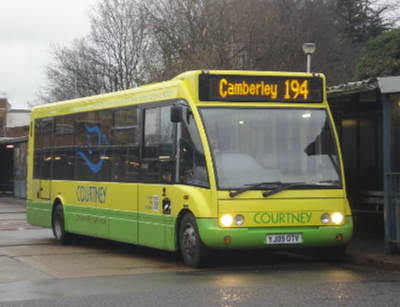 ... which were then snaffled up by Reading Buses and renamed Thames Valley; bringing us back to where we came in!
Thames Valley have just announced some super swish new branding for their route 194 between Bracknell and Camberley. 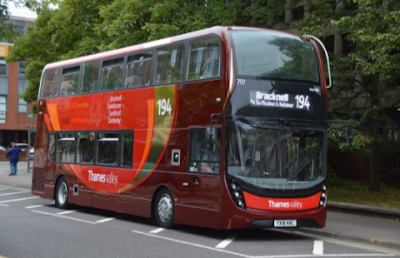 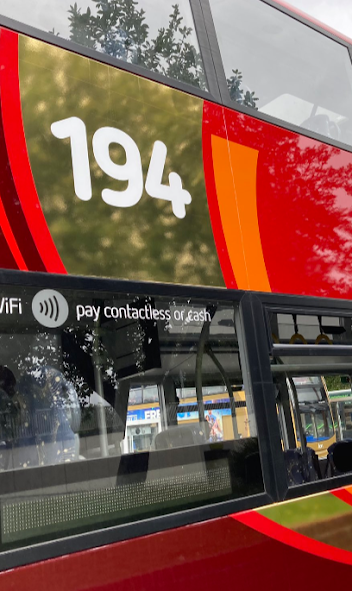 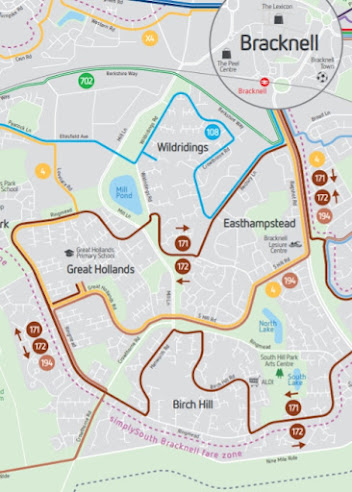 ... which only shows its route through urban Bracknell (MID BROWN). The alternative is a very unhelpful Google type thing. 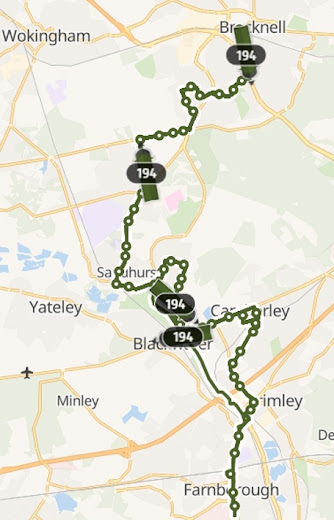 This implies that the 194 runs to Farnborough as does the timetable header, 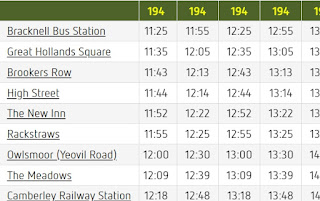 There is one peak journey to/from Farnborough which seems to be some sort of college trip; but it is unexplained in the timetable.
Excellent livery - poor maps!
More Livery Delivery
The Good, The Bad & The Ugly!
THE GOOD 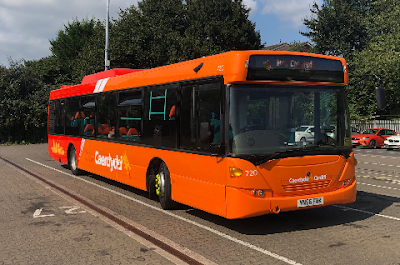 There is plenty of good stuff around - creating desire, as they say - the above is the latest offering from Cardiff,
THE BAD 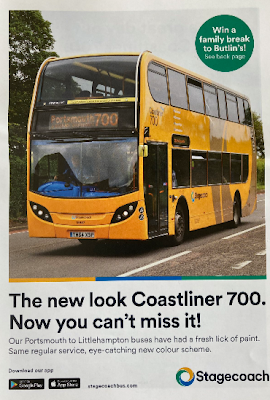 This is notable because the wife of the person who twittered this feeble poster responded by saying; "I see they are using school buses on the 700. Is that because of Covid?"
THE UGLY 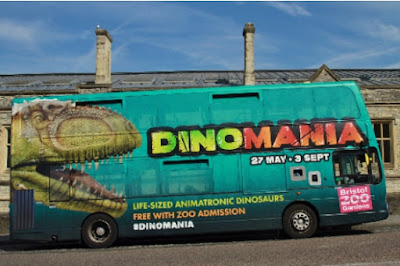 This appalling example of disrespect for the paying customer by significantly restricting their view out comes from First bus in Bristol! 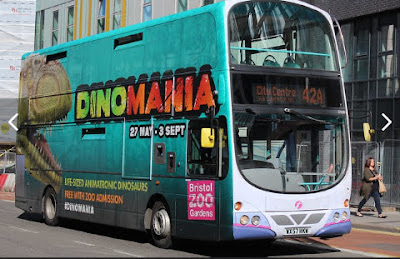 fbb wonders if this would have been acceptable to James Freeman (ex boss, retired) and his ex boss (also retired) one Giles Fearnley.
The Interesting
This selection of graphics from the side of a Team Pennine bus branded for the services to Holmfirth ... 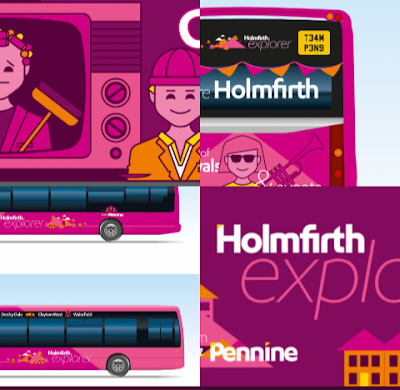 ... purports to show cartoon versions of characters from "Last of The Summer Wine"; Norah Batty with brush ... 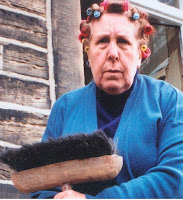 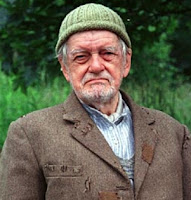 But fbb does not know who is playing the trumpet. Presumably the indefatigable Mr Stenning could not persuade the Beeb to let him use real photos.
The Boring
Steve Rotheram, Mayor of Liverpool City Region, as well as being excited by his new trains which he cannot operate in service, is even more excited by a order for new buses. 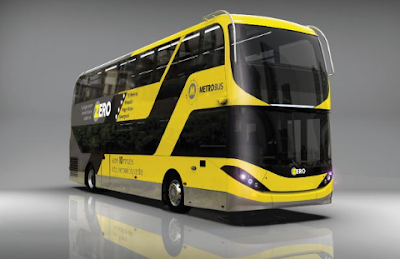 Steve has ordered 20 of these hydrogen powered Boris Bus clones because he wants to run a financially dodgy publicly owned bus service - as unsatisfactory publicity-wise as that in London and equally expensive for the council taxpayers.
So the 20 buses will be owned by the PTE. 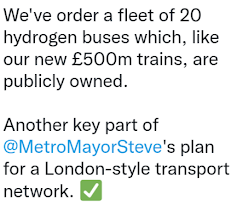 Steve has not told us where they will run and by whom; as he is currently not allowed to operate them.
They are yet another example of the emission untruth. Whilst the buses may exude Zero nasties, the factory that makes the hydrogen certainly doesn't!

Great News For Seaton
fbb is enormously privileged to live in Seaton, Devon. It is a pleasant town with a good number of local shops plying their trade. But he is even more thrilled to learn that his adopted home town has a Cultural Quarter. 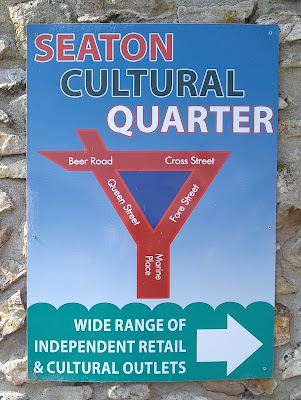 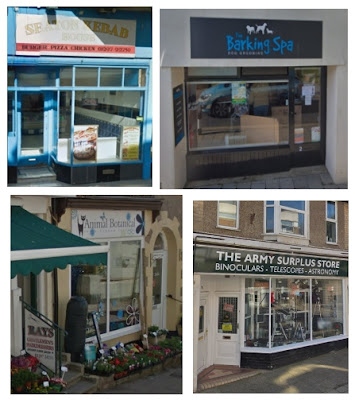 Reading clockwise from top left we have:-
Cultural Kebabs
Cultural Dog Grooming
Cultural Army Surplus
Cultural Barbers &
Cultural Pet & Plant Shop
The most "cultural" shop in Seaton is Akermans Hardware shop. Aladdin's Cave is boring and near empty by comparison. If in Seaton you MUST visit as the shop may not last long. 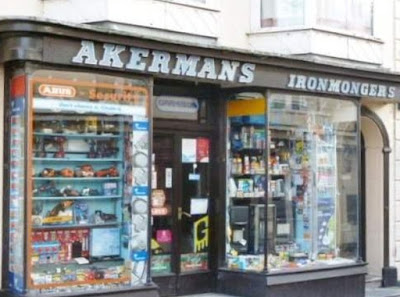