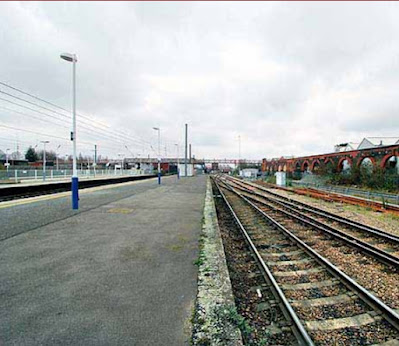 That rather tired and univiting platform at Southall station used to be the home of trains to Brentford, and that is not the Brenford that used to be served by the London and South Western Railway from Waterloo. The Great Western Railway ran the branch, opened in 1860, mainly to serve Brentford Docks. (click on the map to enlarge it.) 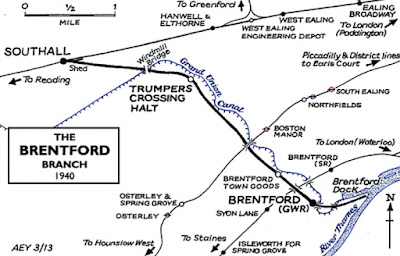 The first "highlight" of the branch is shown above as Windmill Bridge, a name which doesn't really do justice to what is there. But there are plenty of references to a windmill in the area. 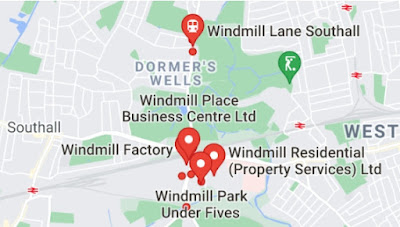 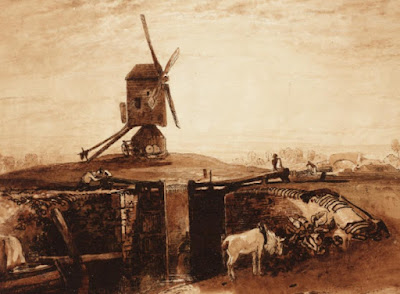 ... and its associated canal lock. But visit the site today and all signs of Turners picturesque mill are gone and there has been something of a name change. Adjacent to the canal is Three Bridges Park. And there are, indeed three bridges piled on top of one another. 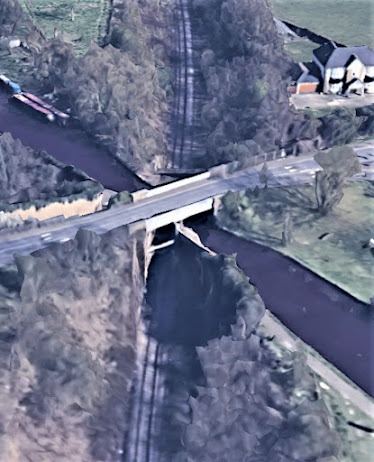 Looking south east along the railway line, we see the road with Three Bridges Park on the right; below the road bridge is the canal and below that is the railway line - three bridges - clever eh? Here is a view from  a train as it approaches from Southall. 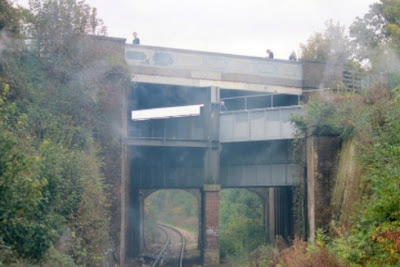 By now, you may have gathered that this little branch is a still open but we will return to today's use later.
Next on the map is Trumpers Lane Halt, sometime, in an early GWR tradition, spelled Halte.

The station sign reads "for Osterley Park", now a National Trust property accessed by footpath from where Trumpers Crossing station once stood. 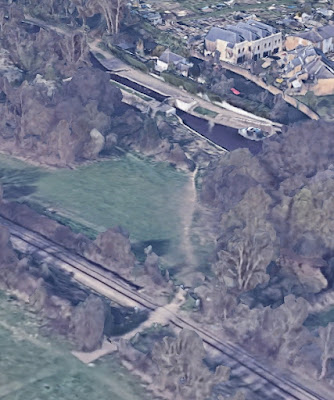 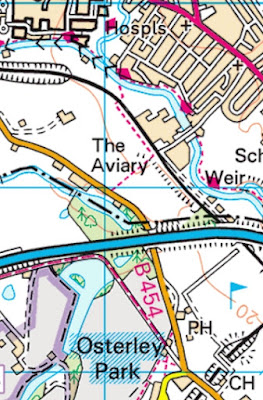 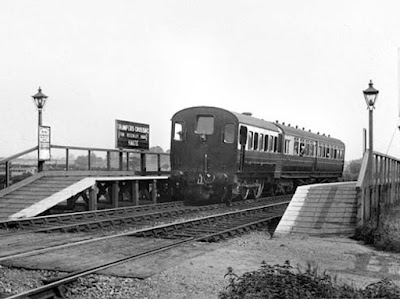 Continuing along the branch, the tracks pass under the Piccadilly Line ... 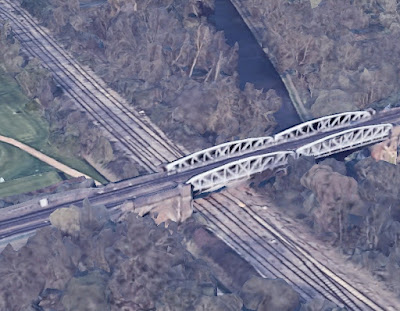 ... and are opening out to make sidings. This will explain why the Brentford branch is still partially open. About where the original Brentford goods station once was is a waste concentration terminal. 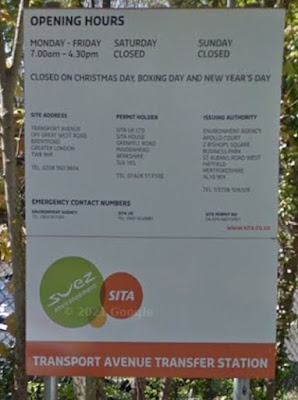 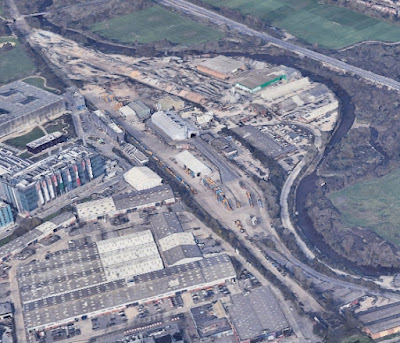 ... although the bulge in the waterway is shared with general industrial premises. But container trains still ply this little line regularly. 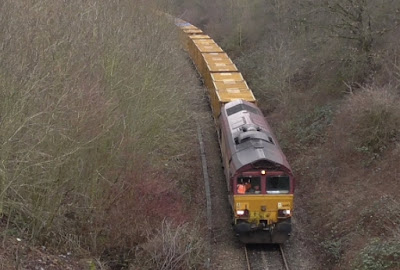 Next, the line crossed the Great West Road on a hefty girder bridge. 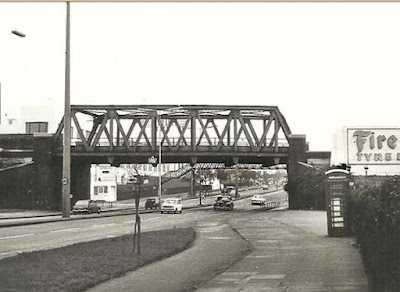 The white building beyond the bridge is still there as is the footbridge crossing the busy road. All that is left of the railway is the remnant of the embankment behind the Firestone sign on the right. 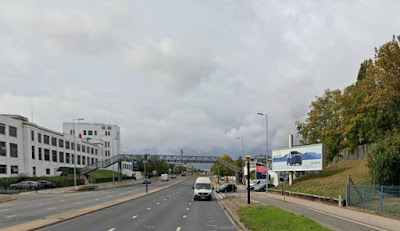 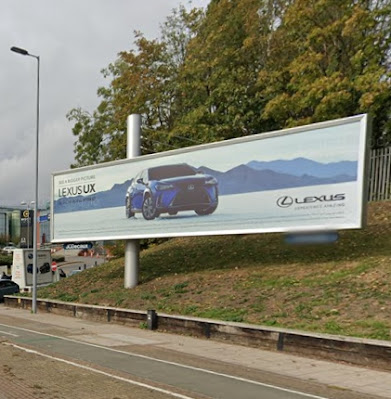 The LSWR line from Waterloo via the other Brentford was crossed ... 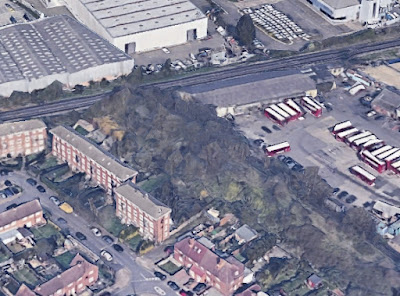 ... before arriving at the GWR station, built on the north side of London Road. 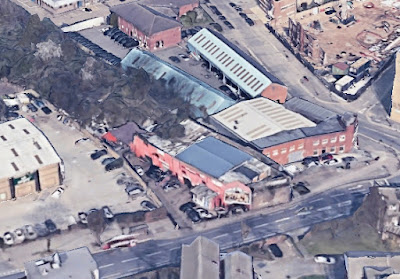 A few remnants of the station still remain albeit painted in rather lurid colours. 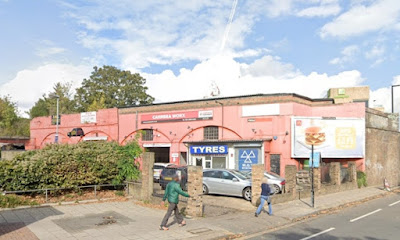 No one seems to have bothered to photograph this little-used station from road level when it was in use, but it is hardly photogenic up top on the embankment. 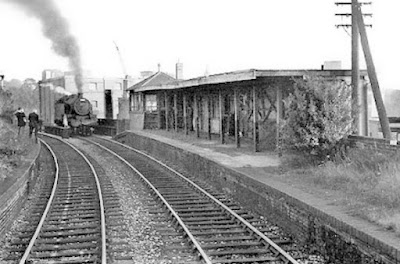 The line continued to Brentford Docks, a much more lucrative source of revenue than passengers for whom this dismal station was the end of the line.
Or was it?
Next Brentford etc blog : Thursday 2nd September
Posted by fatbusbloke at 02:00