And Then Two Come Along Together 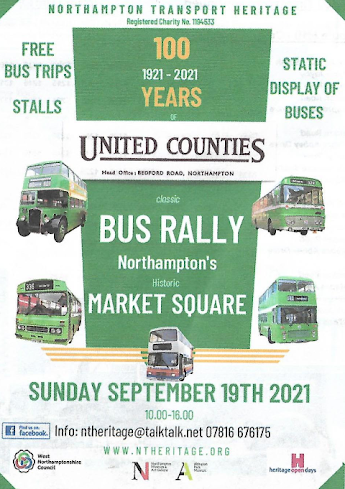 Just a week after Northampton's Heritage weekend, supported by free buses from the bus heritage group, comes another event, this time celebrating 100 years of United Counties.
There will be a display of historic buses on Northampton's wonderful Market Square ... 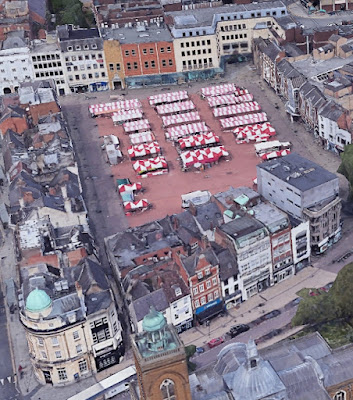 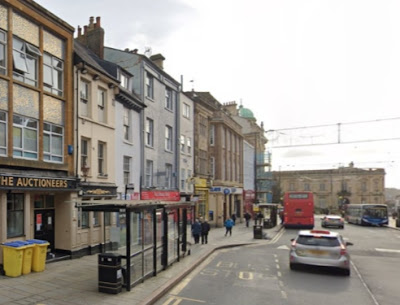 The chosen routes are all of interest ... 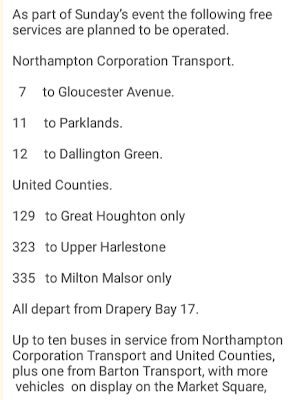 ... but notable are Dallington Green ... 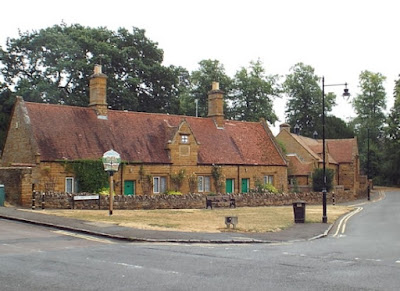 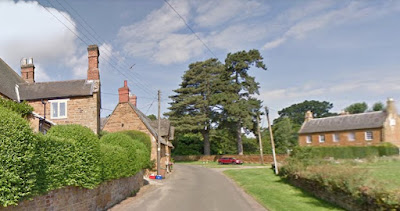 Lovely!
Well, I Nevers : Great Fares.
Looking through some of the Facebook pictures from Taneo, we find this:- 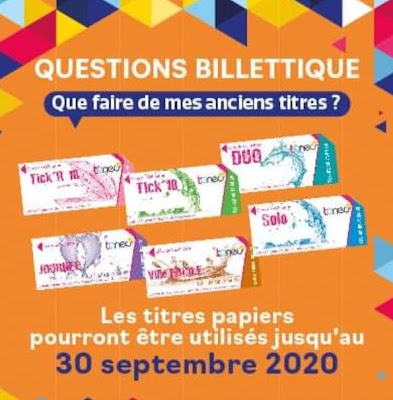 The end of paper tickets! Followed by this:- 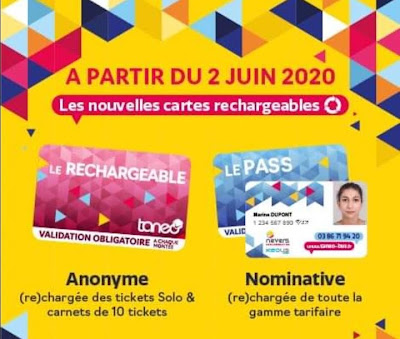 Payment by plastic using the good old French words "Rechargeable" and "Pass". fbb will leave readers to work out what these words mean in English! Then theres a "where to buy" page ... 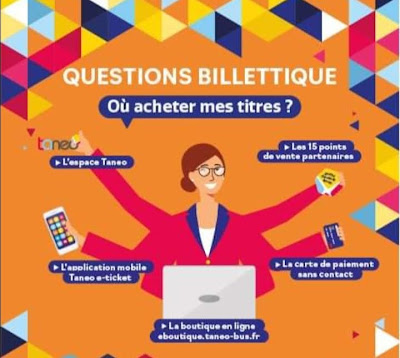 ... from top left clockwise - at the Taneo office, at one of the 15 ticket agents, contactless payment, on-line ticket shop and via mobile phone.
Money is not mentioned!

We also have pictures of validating machines in a fetching shade of pink. 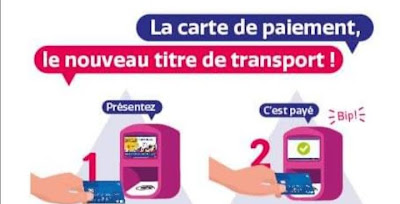 So what do you get for your non-money, for your plastic? Here is a list: 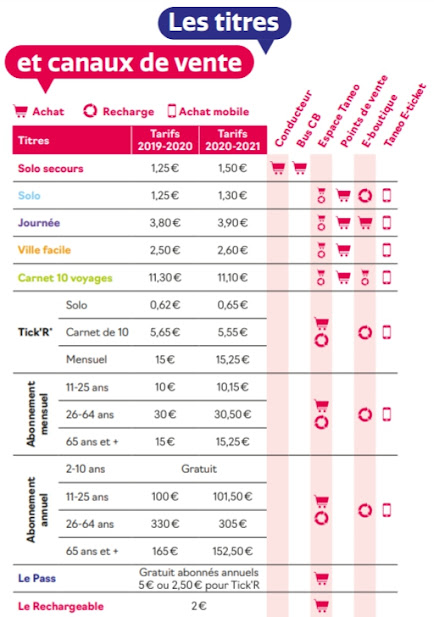 It looks as if you can pay the driver in money for a single journey (Solo secours) at 1.50 euro (1.30 electronically). How about an annual season at 305 euro? Take away approx 60 sundays and jours fetes and you are looking at 1 euro per day for travel throughout the the Nevers region.
Of course the whole caboodle is very heavily subsidised BUT the level of service far outstrips anything equivalent in the UK and the prices are simply laughable compared with "commercial" fares.
Yet still, large numbers of Nevers residents drive to the Hospital!
But there are yet more goodies from Taneo. Look at this panel on the network map! 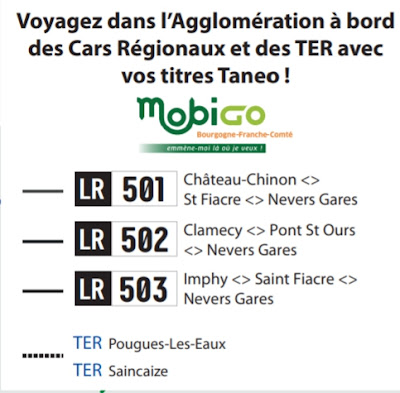 Cars Regionaux refers to three longer distance bus services (cars - coaches) the timetables for which are included on the Taneo web site. Here is 503. 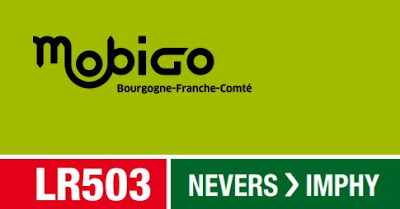 Mobigo is the brand for inter-urban routes in the region - again all franchised and all heavily subsidised. But there aren't many of them!
There are just five return journeys Monday to Saturday to Imphy on the 593 taking you about 9 miles from Nevers ... 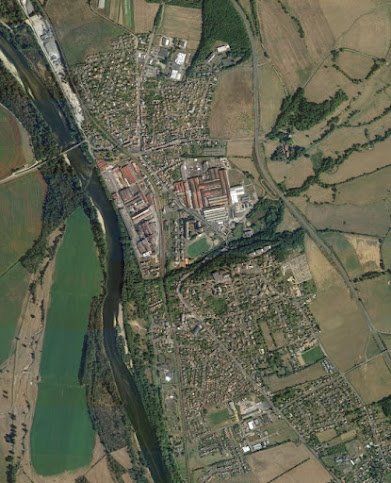 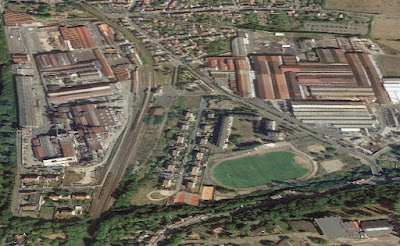 But with just five journeys a day. there wont' be a busy commuter traffic by bus!
Yet, within the Agglomeration of Nevers, the various season and day tickets are valid in the country routes, and of course local trains (TER).
What we do not know from the Taneo web site is what the overall level of subsidy for the system might me.
The answer - a lot, a very big lot!
Now here is the crunch question. If UK politicians are serious about the benefits of a franchised system, they should not look to London, but to places like Nevers. And instead of trumpeting "franchising" in a vacuum, let the politicians tell us what it will cost. Andy Burnham (Manchester Mayor) want the govenment to fork out millions (hundred of millions?) to increase frequencies, reduce fares, and improve the quality of the buses.
HOW MUCH WILL IT COST per taxpayer of Manchester?
Those that cry out for "franchising" need to do some honest accountancy before they leap into a system that is both "politically" controlled and, by definition, "politically" paid for.
COMING NEXT WEEK
Not one, BUT TWO book reviews from Sheffield and from Cornwall.
Be prepared to be amazed!
Also expected soon is news of the last major "electrification" project at Peterville Quarry Railway - and the most "interesting" so far. fbb has begun the process of installing lighting in the terraced houses that sit on top of the tunnel. (houses seen below, way back when as they were being installed!) 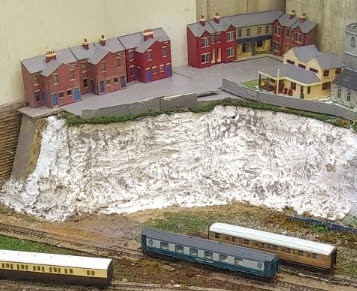 It is proving a bit tricky!
Next Variety blog : Saturday 18th September
Posted by fatbusbloke at 02:00