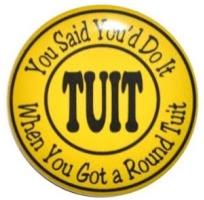 There was once a bus enquiry office at the western National depot here in Seaton. The building remains but now in the hands of Axe Valley Mini (but no longer Mini) Travel. The enquiry cabin was the little hut shown behind the bus. 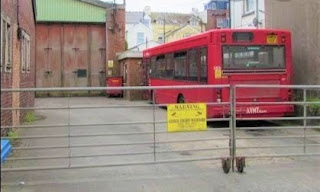 But, before that, there was a "Travel Shop" close to the main stops at Marine Place. Some time ago fbb was told that this historic venue appeared on a picture on the wall of a recently revitalised pub diner, also quite near the sea front. 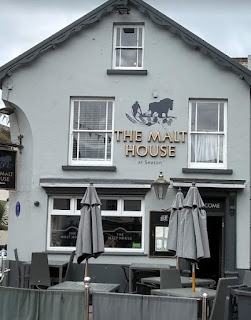 Yesterday the old man confused the barmaid and mine hostess by wandering round the extensive bar and dining area peering at old pictures of the town.

Bingo; there it was! 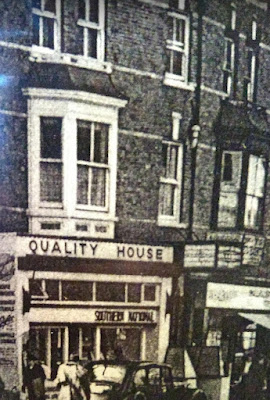 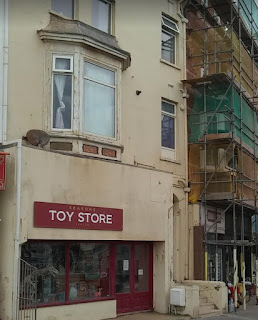 Pints of reference are the decoration under the bay window, the plasterwork above the smaller windows and the mini-walls to the flight of steps, lower right. In the old picture these have advertiaing "pyramids" on the top. Stepping back ... 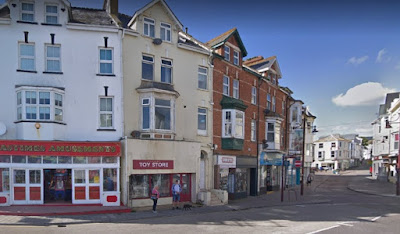 ... we see the "Toy Store" at the foot of Seaton's main shopping street with sea and main bus stop behind the camera.

fbb has no idea of when it was open and when it closed.

Manchester Matters
It all happened with little fuss an no great burst of publicity. 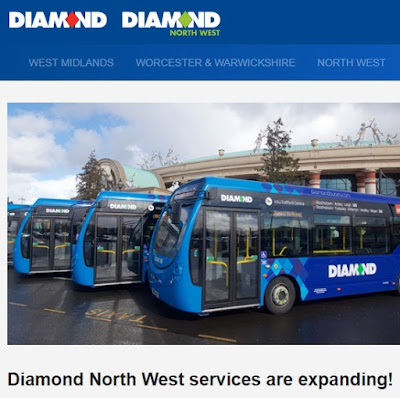 Rotala's Diamond North West took over First Bus' Bolton Depot, staff and routes from 11th August. Initially nothing changed - it was a straight and simple swap of ownership. 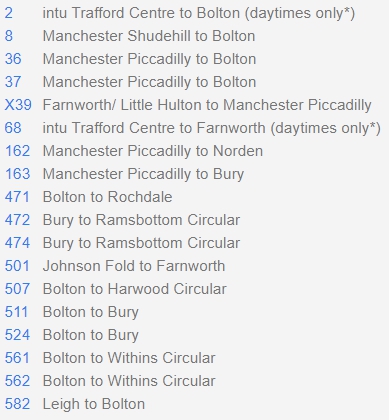 To "celebrate" Diamond has developed a brighter blue livery ... 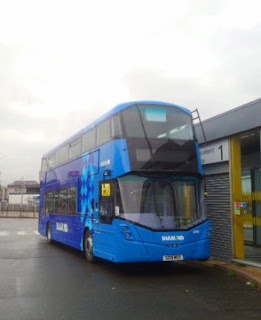 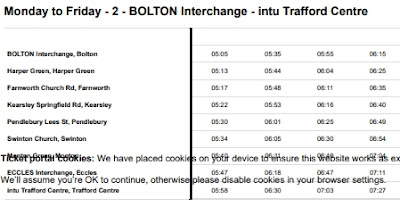 ... and there have been a few minor tweaks from the start of September.

Diamond has no network map on-line but one may come in time; there must have been huge amounts of work to ensure a smooth changeover. At the moment each route have a Google Maps based route ... 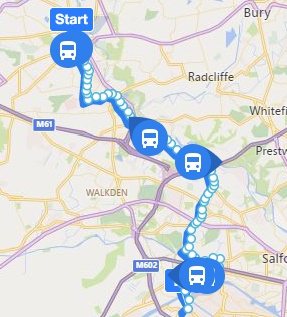 The small round blobs are not named ... 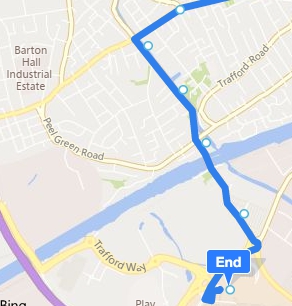 ... but detail can be gleaned by enlarging.

Lets hope that Diamond (Rotala) haven't bitten off more than they can chew. The Wessex subsidiary had big ideas in the Bristol area, but intrusion was resisted robustly by First and Wessex ceased operation. 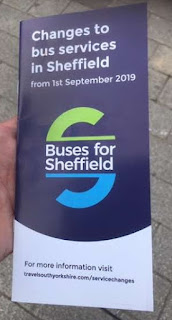 These appear to include all the recent changes but show signs of, dare fbb suggest it, at last of real understanding as to where the buses go.

The box of services that are fixed at the CG1o stop ... 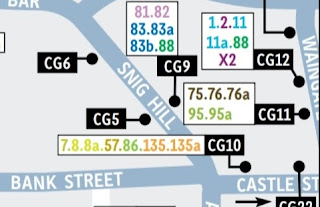 The revised 95/95a runs towards Walkley via Rockingham Street but this is not shown. 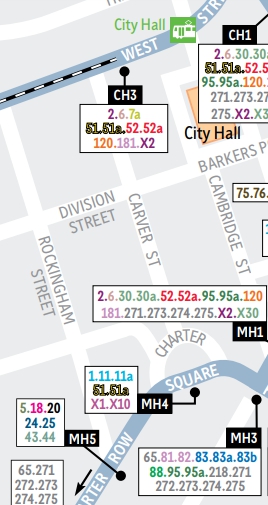 Despite the major change to this service, no timetable leaflet had appeared by the end of last week; but there were plenty of "business cards" in pink. Were they produced because the leaflet would not be ready?

They purport to show ther new route through the city which fbb revealed a few blog days back. 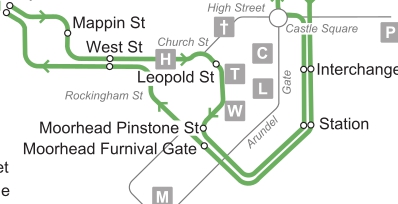 But they show it in a VERY diagrammatic way. Here is the important "to Walkley" route. 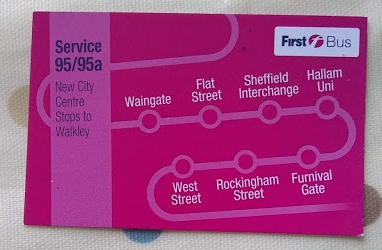 Except that the 95/95a does not stop on Waingate but on Haymarket ... 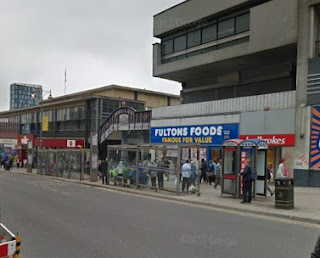 ... as confirmed by Roy's picture. 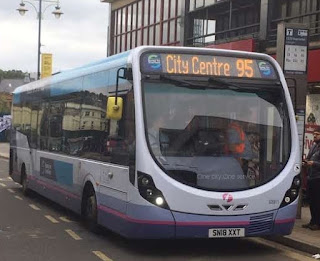 Note the building behind the bus to confirm!

There's no mention of the railway station which one would have thought was a very important "traffic objective". one argument (amongst many) for the change in city centre route is to give a link between University and station. 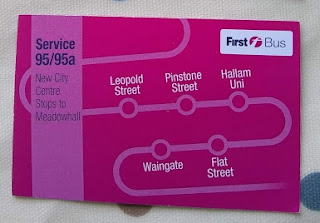 The squiggle in the opposite direction continues station-less but also implies that this 95/95a does not serve West Street. It does!

In this direction, the Interchange is omitted but 95/95a do stop opposite Platform A as well as at the top of Flat Street.

There they are at stop FS5.

You do wonder whether something more like the GoTimetable city map would have been more helpful? Even better if such a diagram had been included in a full timetable leaflet.

Why were these not printed and available in good time (that's a week or so IN ADVANCE) for the new and VERY revised service?

A Difference Of Opinion?
Scotrail versus at least one of its customers. "You've all done VERY well ..." 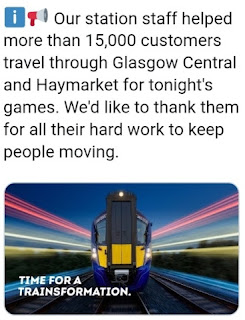