Weekend Collection (No 3 for a Long Weekend!)

... and not turning up to sit n them. The seats faced the right way, had a good window view, were ideally placed near to doors, WC and luggage space all for the convenience of the fbbs trip to Sheffield.

As usual there was the scrum and venom spitting at every stop as people sat in seats booked for others or couldn't find their booked seats or had not booked seats at all. The fbbs didn't book in case of a last minute change of plan following the Jacko demise crisis on Friday. But they were well chuffed that they did not have to join the mayhem.

How about large notices thus:- 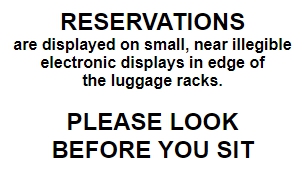 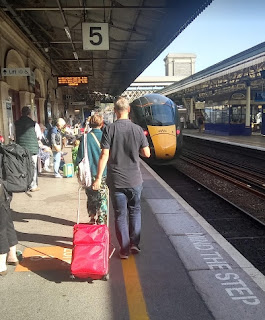 Lots of 800s trundling through Exeter Davids; very sleek and a lot quieter than HSTs because the diesels are tucked away under the floor. But when GWR join two 5 car trains together there are problems. 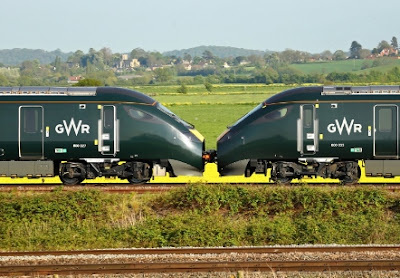 There is no route between the two units so it is very easy to get in the wrong bit. There are two lots of First Class, two areas for wheelchairs and two slots for bicycles.

Three *systems" are being used to cope with the complications.

The platform has Zones ... 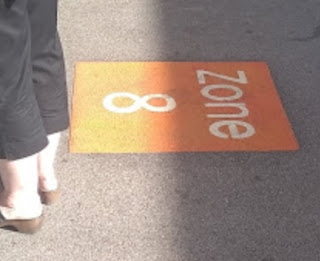 ... and a long and complex announcement us made explaining which bit of the train is next to which zone. Of course it is different for 5, 9 and 10 car trains and different again if a train has been turned front to back. 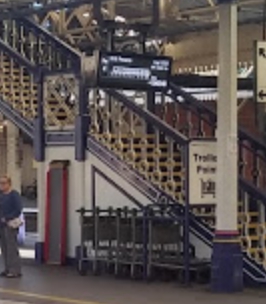 The splurge in the middle of the sign is a plan of the approaching train. These newbies were on platforms 3 and 4 whilst fbb awaited his train on 5. Had he been energetic, and had he twigged what they were, he would have made a better effort and taking the snap. Here is a better picture ...

...of a display which looks as if the "train" scrolls along the screen. In the Exeter version the "train" appeared to be matching coaches to zones in a two line display, and not scrolling.

fbb thinks that the electronic screens on the side of the coaches are a weak point. They are not big enough and really need to be bolder and brighter.

To add to the problems the screen on the 0955 showed next stop (Tiverton P) then all stations from the start of the journey (Plymouth?) to the end with stations names scrolling on the line below. 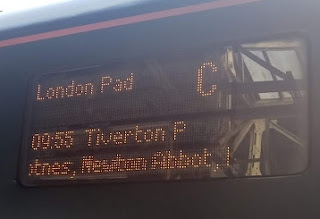 Whereas those on the 1015 also showed Tiverton P on the top line, then repeated Tiverton Parkway followed by subsequent stations (only) as shown in another rotten picture from fbb's phone. 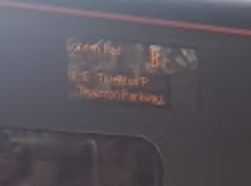 The Mystery Of Morpeth 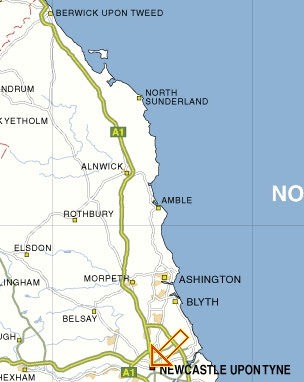 Then there was the fbb's Cross Country train advertised as terminating at Morpeth. This was on the platform screens, on the carriage screens and on the National Rail web site. Surely these trains run through to Edinburgh?

It must be engineering works and, yay, Cross Country's web site confirmed this. 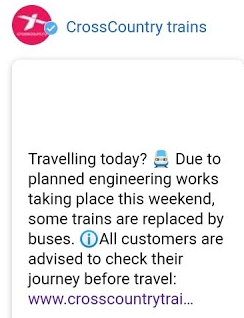 Clicking on and on, the only engineering fbb could find was this:- 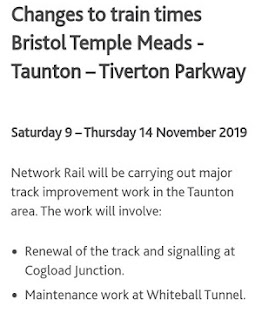 A journey planner enquiry for trains from Newcastle to Edinburgh provided a bit of a clue. 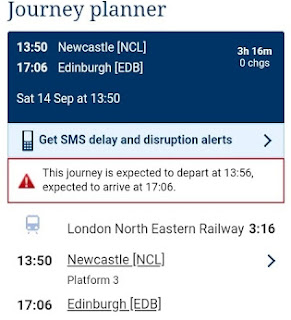 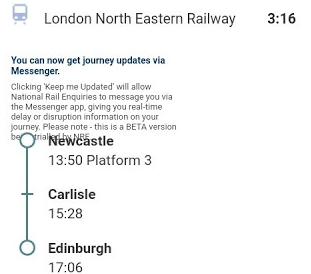 LNER trains were running via Carlisle. An extended search on the LNER site gave a satisfactory explanation for an unsatisfactory journey. 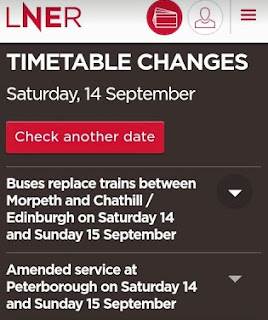 Later panels revealed the detail of the diverted services

At no time on the fbb's journey by Cross Country was ANY announcement made on the train!

Hopefully the ticket checker was explaining the situation to those who innocently expected to ride unhindered to Auld Reekie.

Why no indication of this ANYWHERE by sign or  verbal reminder.

Presumably Edinburgh passengers were advised to change to LNER at Newcastle. If they weren't ,their journey would be less than enjoyable. 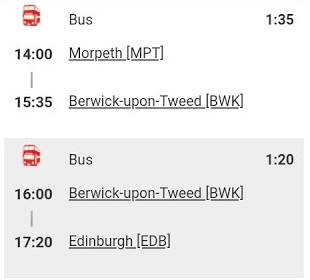 But, all together yet again, IT WAS ALL ON LINE -  but only if you used a journey planner. There were no timetables and, to repeat, there were no announcements at all, ever, anywhere.

Surely someone or some technology could have said "change at Newcastle for trains to Edinburgh"?

Yesterday's trip was a delightful as the fbbs had expected and snippets will find their way into future blogs, Just a few pictures will illustrate something of the scenery on the simple round trip.

The view along Manchester Road, Sheffield - looking out over Rivelin Valley 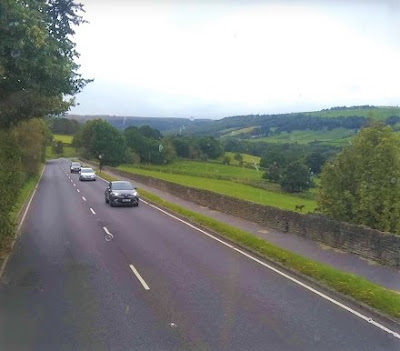 All this is within the city of Sheffield! 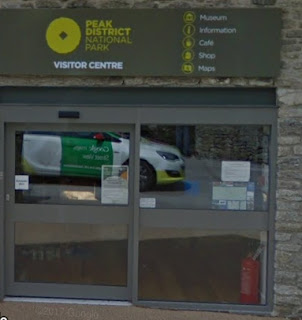 The view south from the A6187 between Hathersage and the Fox House Inn ... 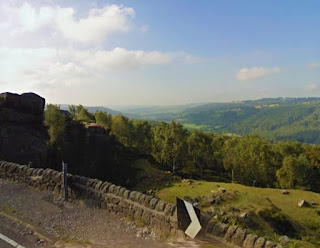 ... and the bus was special as well. The livery reproduces that of the first ever motor bus in the city which ran in 1913. 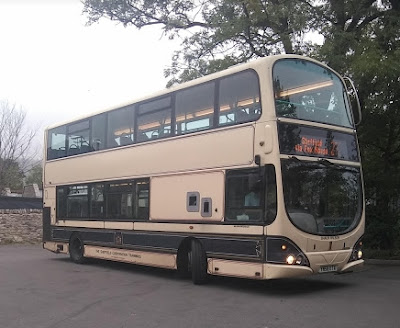 But there was an extra bonus for the GoTimetable Sheffield App. A leaflet was passed on to a Travel South Yorkshire staff member (who will remain anonymous for obvious reasons).

He downloaded the App and promptly posted a review on-line. 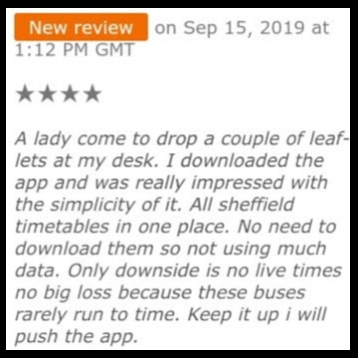 That was no "lady", that was Mrs fbb! (pause for anguished groans at a very old joke!)


Next Information blog : Tuesday 17th September
Posted by fatbusbloke at 02:00