Something for the Weekend? (one)

Announced this week is confirmation of the future for First Island Line. Backed by DaFT, South Western Railway has ordered three two car trains from VivaRail. These are ex London Underground "surface" stock (i.e. big trains not tube trains) and will be designated Class 484. 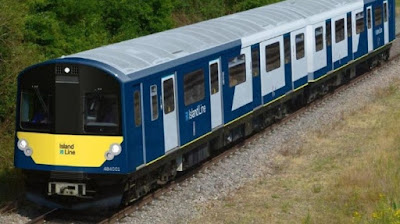 That classification implies "normal" third rail power, despite earlier hints that battery or hybrid might be more sensible in view of the poor state of the "electrics" between Ryde and Sandown. Also promised in a loop at Brading to allow a proper 30 minute frequency "matching the ferries".

Actually the Portsmouth to Ryde passenger ferry is an hourly service for most of the year increasing to every half hour only for the summer period.

No one is saying when the loop will be built!

fbb wrote recently that gauging tests had been carried out in the Ryde tunnel. What he failed to grasp is that these were done in 1983! 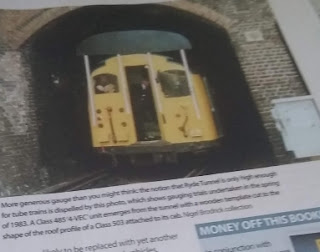 This piccy appears in the current (and excellent) issue of  Modern Railways. The cunning plan back then was to use class 503 units ex Merseyrail. 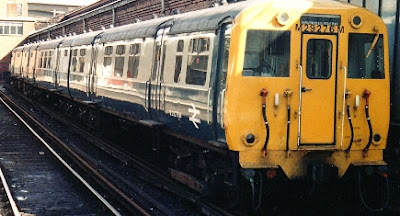 When fbb saw this headline (forwarded by two correspondents), he first though that someone was proposing getting rid of the Cowes to East Cowes floating bridge completely and utterly.

That would be a hugely controversial deal. Many years ago, the Council announced that it would build a replacement road bridge. Pictures even appeared on the side of a Southern Vectis bus!

But no - it was merely another episode in the long running saga of the unreliability of the current vessel. 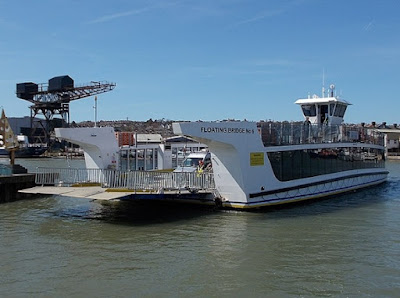 A local councillor had demanded that the present "Bridge Number 6" be disposed of and another replacement ordered. 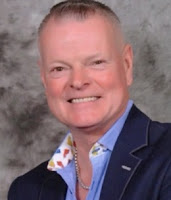 ... posted a statement on Facebook, calling for No.6 to be sent back and a replacement bridge ordered.

"This has been a fiasco and failure from the beginning, costing taxpayers millions of pounds extra to simply keep it running.

"One cannot comprehend the position taken by Cllr Ian Ward and Cllr Dave Stewart, who have consistently stated the bridge is a good reliable service.

"What is it that prevents our Isle of Wight Council from taking a positive, proactive approach, ordering a new bridge based on taking out a cheap loan, as they have done with other projects, to admit this bridge is not fit for purpose?

"Our bridge workforce operators cannot get to grips with something that constantly lets them down.

"It’s time to make the decision once and for all."

No one seems to know why the IoW Council has not been compensated for poor reliability by the builders of the ferry. The suggestion is that they failed to incorporate any meaningful guarantee clause in the contract when they bought it!

Trouble at 't' Mill in Edinburgh
The local press has reported serious staff shortages with Lothian Transport, the council-owned company that runs Edinburgh's buses and trams.

The issues were instead blamed on poor management by managing director Richard Hall ... 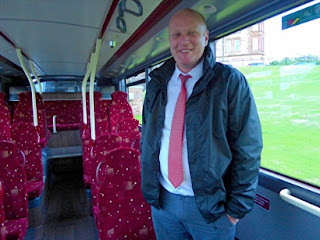 On the weekend of 5 and 6 September, more than 40 buses were off the road each day due to a lack of staff causing several delays and cancellations.

It has also been claimed that the Lothian training centre has not supplied one driver to the city bus service in 14 months, instead choosing to staff Lothian Country and East Coast Buses as the company expands.

A spokesperson for Lothian said: “Significant demands were placed on Lothian services during the summer period, and our appreciation is expressed to our drivers and staff, many of whom worked overtime, for their brilliant efforts to keep Edinburgh moving. Our ongoing programme of driver and staff recruitment and training is continuing in the coming months and this will help to ensure that Lothian continues to maintain its high levels of customer satisfaction.”

Has the company bitten off more than it can chew?

It's Just The Ticket
Sheffield Supertram began its operations with a continental style of ticketing.You were obliged to buy your ticket in advance, either in packs from shops or from machines at the stops. Then you had to validate the ticket before travelling.

The system was over-complex, unpopular and open to abuse.

When Stagecoach took over, they introduced conductors to take your fare and issue tickets. 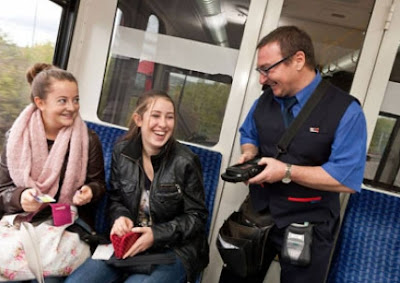 With the growth in the use of "contactless" payment, tram passengers were disadvantaged as it was cash or pass only.

Now Stagecoach is trialling new machines which will accept cards. 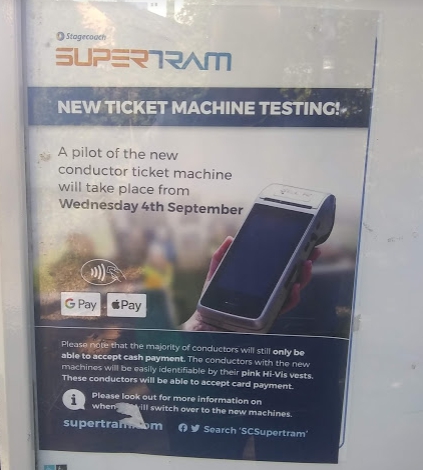 fbb experienced one of these machines on his return trip on the Tram Train to Parkgate but, as an OAP, did not experience a ticket issuing event. Chum David, however, bought a day rover with actual money and received a paper ticket.

It was a non-event!

Yesterday the fbbs returned to their ancestral pile in Seaton, a journey involving the return trek from Birmingham's Moor Street to New Street station.

Were there adequate directions? A resounding NO!

There was nothing at all inside Moor Street station ... 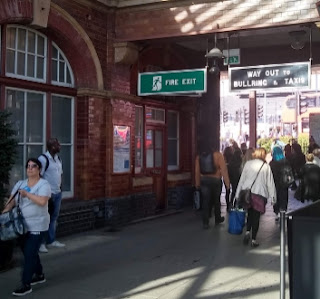 ... and if you went for the "steps" route there was nothing at all. 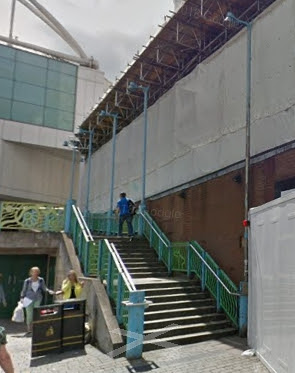 If, for some mysterious reason, you found yourself taking the "tunnel of doom" route there were signs! They were on the wall as you crossed the scary pedestrian crossings. 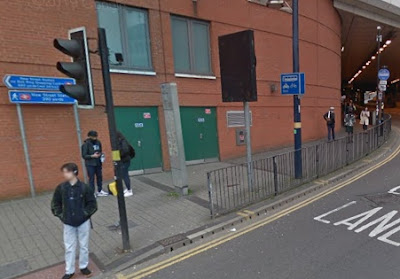 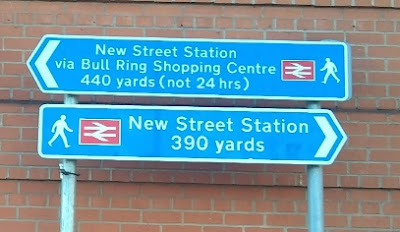 The 390 yard version led to the dark and scary route, the "tunnel with fumes". 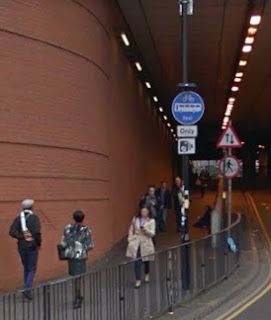 The new buildings at New Street ought to be very obvious indeed ...

... and they were, seen from the "tunnel of gloom". But nowhere was there any indication on this shiny gloopy edifice that it was a railway station. If, by some fluke of directionality, you got on to Moor Street Link, you might be happier. 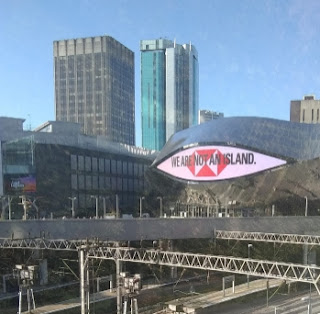 But you might ponder awhile how you could avoid the Hong Kong Shanghai Bank headquarters and find your way to the trains.

The station used to be very clearly labelled. And what was a train operator running between Kings Cross and Bradford/Sunderland doing in Birmingham. 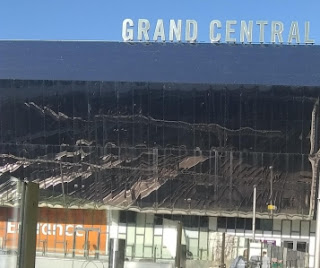 The entrance to Grand Central, apparently, was shown by an orange sign saying "entrance" and nothing else (above bottom left) 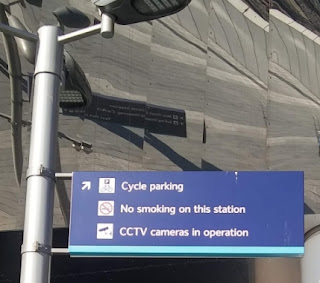 ... but it told him zilch about getting to Moor Street.

Congratulations ...
... to Stagecoach on their much deserved award last week. 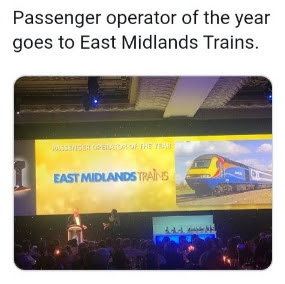 Which explains why DaFT has awarded the East Midlands franchise to Abellio, major messer-up of Scotrail. It also explains why Uncle Brian has been banned from ANY franchised operation until he has handed in his 1,000,000 lines ("I must not upset The Department for Transport") to Grant Shapps; and has agreed to waste millions of pounds supporting a Pension Scheme over which he has no control whatsoever.


Next "Something for the Weeked" blog : Sunday 22nd September
Posted by fatbusbloke at 02:00