When fbb plans a "Royal Progress", the aim is to make the best use possible of the convoluted fares system that bedogs any sort of journey planning. Likewise the attempts by the industry to hide their timetables and force innocent users to accept decisions made by technology gurus need to be overcome.

The trip that started this morning was provoked by a varied "shopping list".

1. Visit Sheffield to explore and reminisce (fbb and Mrs)
2. Visit some old chums (mainly Mrs)
3. Try to publicise GoTimetable Sheffield
4. Have a bit of a break from hectic normality
5. Meet up with chum David at Groby, Leicester
6. Visit Ruth (in Knowle), a stalwart of the fbb's Sheffield bible group
7. Visit brother-not-in-law-any-more in Sutton Coldfield
8. Keep the stress level as low as possible!

Do it all by public transport but (on the trains) with flexible rather than special offer tickets to allow for short-notice changes of plan.

The big problem is that "Off Peak" (used to be "Saver") tickets do NOT allow overnight breaks of journey on the outward leg; but DO allow return any time up to one month from outward journey with as many breaks of journey as you may like.

So - go straight to Sheffield and do the other visits on the way back. Seemples 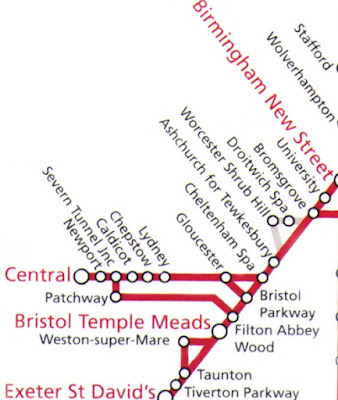 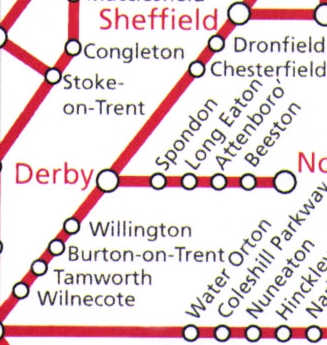 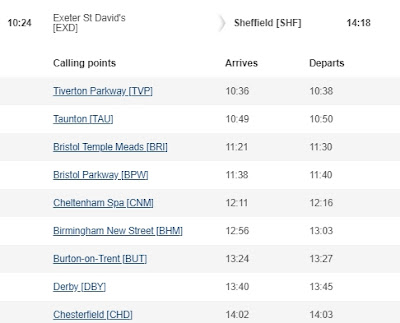 But, help! Leicester is not on the direct route.

A quick e-mail to the only person in the Western Arm of the Galaxy who understands rail fares; and back comes Bazza with the answer.

"You are in luck. The Routeing Guide allows travel between Sheffield and Birmingham via Leicester."

So off to Axminster to buy a couple of "Off Peaks" to Sheffield with old fogeys card discount. £96.65 each. 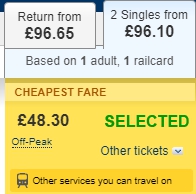 fbb decided not to investigate the curious Maths alternatives and stick with the £96.65.

But, as ever, the very nice man in Axminster Station ticket office refused to sell fbb two of those. 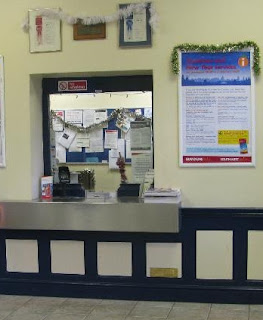 Let's do the math!

But there was a last minute panic. Would the route via Leicester still apply if the journey were priced in bits? "Yes, averred the ticket clerk, there a green tick." Where or why a green tick matters is outwith fbb's knowledge, but it seemed to satisfy the man of the moment.

So we can now put together the whole schedule. But that would be too much fun in one blog, surely. We will take our excited readers as far as Sunday evening.

The gaff is on Fulwood Road, near Nether Green ... 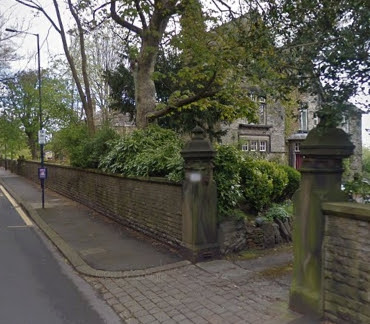 ... with bus stop right outside and looks posh - but is not expensive. 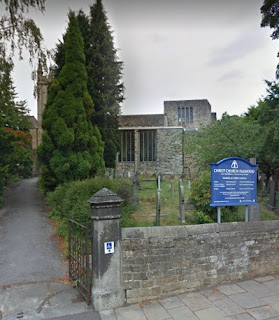 ... and back into the city centre after conclusion of 1100 service.

The fbbs attended Fulwood for the duration of their 30 years residence in Sheffield, so there may be a few old crocks to greet and remember! 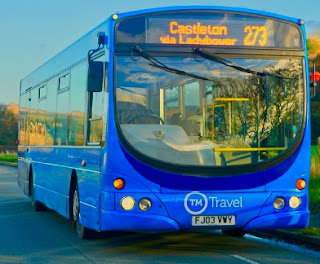 The 273 is a magnificent ride via Manchester Road and glorious moorland, Derwent Dams and Bamford. 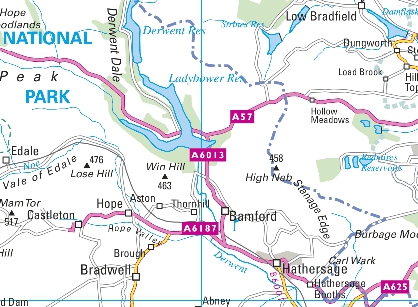 Time at Castleton for tea and a bun? 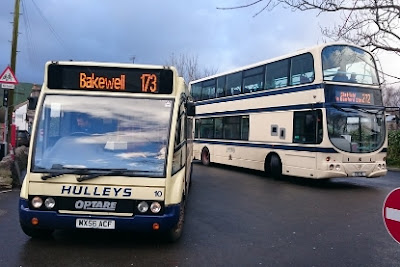 The 272 is also a pleasant ride with panoramas of the city from Fox House onwards. Castleton claims to have a bus station, bus yard more like ... 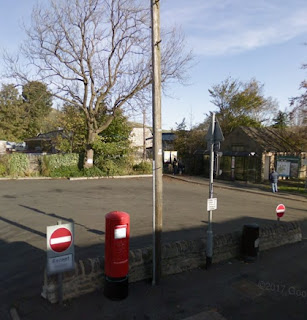 ... but at least you have no problem finding your next bus.

Back to Nether Green on the 120 ... and so to bed, probably sooner rather than later.

In tomorrow's blog we have some assorted bits up on which to catch!

Next Weekend collection : Sunday 15th September
Posted by fatbusbloke at 02:00