fbb had not planned to write any more about the latest raft of Sheffield timetable changes and service cuts - it is just too depressing; and the implementation has been utterly incompetent. But a note reached the old man yesterday of just one example of many of the consequences of this "who cares about the passengers" attitude. So here goes with a previously unplanned blog:-


And if you are fed up with reading about Sheffield (how can that be possible?) switch off now - BUT this all is typical of many operators and local authorities nationally. Information is totally inadequate.

It isn't really all on-line.

The "problem" warrants a very small-print snippet in the recently available booklet listing the 80 or so changes in Sheffield's bus routes and/or timetables from Sunday 1st September.

There are also very small print posters with a similar list which didn't mention the revised route either, according to a correspondent!

Traveline knows which way it goes ... 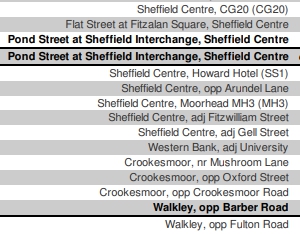 ... but only if you choose to interrogate the all stops list. Stop GC20 is known by eveyone else other than Traveline as "Waingate" and Stop SS1 might be for Sheffield Station, perhaps? And the route doesn't run via Western Bank but stops on Bolsover Street for the University. (Ah, happy memories of fbb toiling away in the Biblical Studies department on floor 6 way back when!) 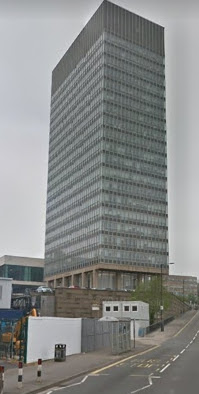 So plenty of possible confusion all-round.

But, ready for the challenge, fbb will take you to Church Street and to the stops which used to be called "Coles Corner" ... 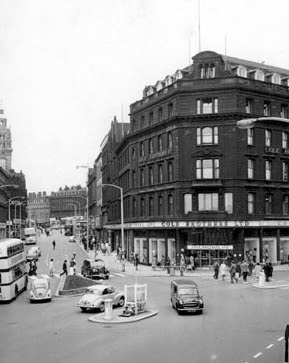 Fargate (to the left of the store) is now a pedestrian precinct but buses, still travel west-bound to the right of the building, as did trams to Crookes and Walkley before them. 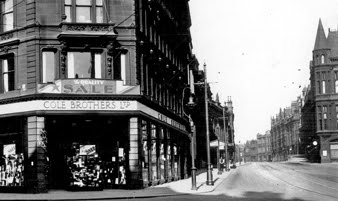 There are still two stops there today; the one nearer Fargate uses the canopy of the Coles replacement building and the other has a posh shelter. This Streetview view is looking back eastbound towards the end of Fargate (where the icecream van is parked). 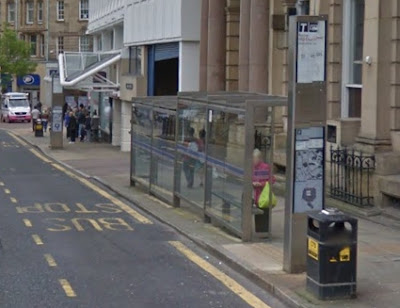 The shelters are opposite Sheffield Cathedral and its associated tram stop. 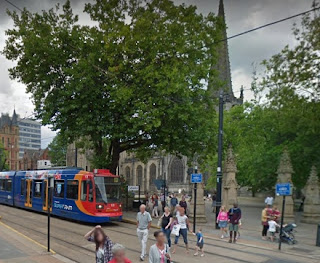 Until Sunday (1st inst) the stops were in use as shown on the Travel South Yorkshire (TSY) city centre map. 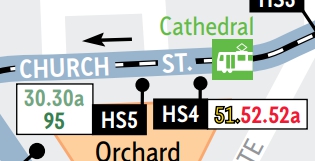 We already know that the lads at First have done a bit of re-jigging - of which one particular jig affects service 95/95a which takes a very different route through the city from anything that has gone before. The big difference is for buses towards Walkley, buses that used to stop at HS5 a k a Church Street and once Coles Corner.

They don't go that way any more.

Without going into the reasons for the change, the new route can clearly be seen on this city centre map extract from the GoTimetable App and web site. 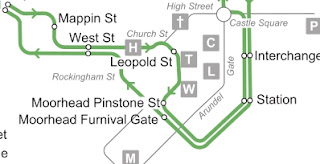 Readers may be able to spot the "icon" for the Cathedral; the other letters refer to significant city centre establishments and are listed on the full version of the map. There is no 95 via High Street, Cathedral and Church Street.

The change is (as mentioned above) included in the on-line and printed leaflet listing all the changes; but otherwise has not been well publicised. 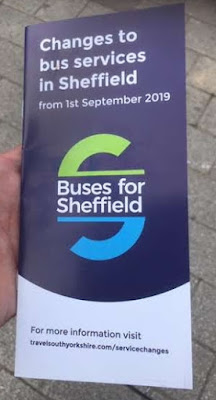 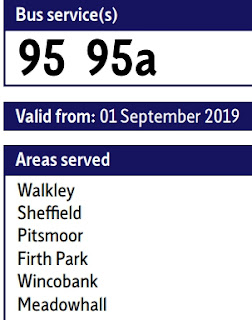 What’s changed
Service 95 - Service will be extended
beyond City centre to Meadowhall
as service 95 and new service 95a
partially replacing services 3 and 3a.

The new network maps have (in)conveniently NOT included a city centre plan, as in the past so ...

There was utter confusion at the stop yesterday as regulars arrived at Church Street to catch their usual 95.

What helpful information has TSY posted at the stop to make it obvious that the 95 had moved elsewhere?

Stop HS5 now welcomes service 51, an obscure 51a and a very obscure 7a. 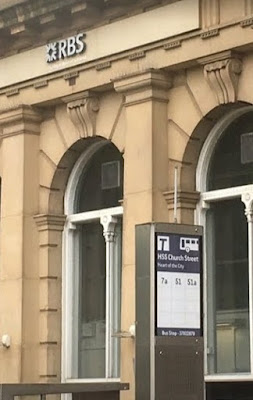 The electronic display at stop HS5 was only showing information for route 30 which, apparently, no longer stops there! Nothing tells you where to find the 95.

Streetview's map has not been updated but expands on the stop label with a few school services. 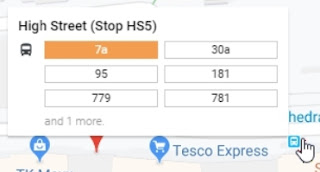 We may assume, then, that the 51 has moved along from HS4 now that the 95 has vacated its place at HS5.

To add to the confusion, Streetview thinks these stops are in High Street - that's the High Street labelled Church Street, of course! 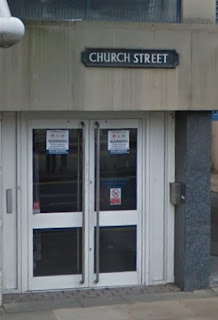 fbb's correspondent did not say whether the departure lists at the stop had been updated; but the only other piece of obvious but useless publicity at the stop is the "tube style" and farcically inaccurate network map. 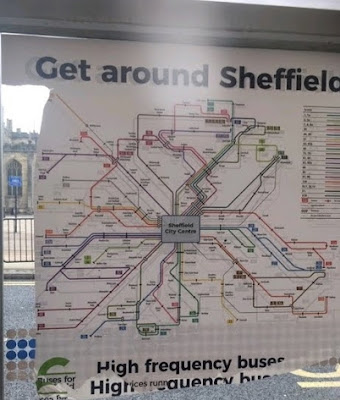 Don't be silly - of course it hasn't been updated with the network changes. What a daft idea!

Three things are NOT surprising:-

It is all very sad. Does nobody care? We know that the PTE is well divorced from reality and is only interested in the "efficient delivery of sustainable systems" then, of course, First is going to be sold which is hardly an encouragement to positive and committed management.

fbb has repeatedly offered to help with maps, printed publicity and the design of timetables to show where the buses actually go. Material is sitting on the old man's computer ready for use, adaptation or modification but all designed to keep the passenger fully and accurately informed.

Needless to say, his offers have been repeatedly rebuffed by the PTE (TSY) an organisation which has an aura of paranoia when anyone suggests that things are not right.

Of course everything is right, it must be,

it's all on line.

fbb is starting out on a series of activities familiar to the elderly, namely attending other folks' funerals. Tomorrow's is on the Isle of Wight and involves a day return by train. To avoid possible evening weariness, a blog is pre-prepared and awaiting a little tidying up tomorrow once back at fbb mansions. But the overall theme continues!