Sometimes bus enthusiasts come up with little bits of trivia that will, for ever, baffle other enthusiasts for years. Someone will ask, at the Sheffield Bus Watchers Quiz Nite, when did service 218 divert from Abbeydale Road to run via Psalter Lane?

Well most of it did, i.e. the main T M Travel service. but not all.

For reasons unknown to fbb, Hulleys runs a last trip from Sheffield Mondays to Saturdays as far as their depot at Baslow.

It followed the "old" route.

So at least one journey on the 218 was running via the traditional route, despite the oddity being ignored by the PTE's map. 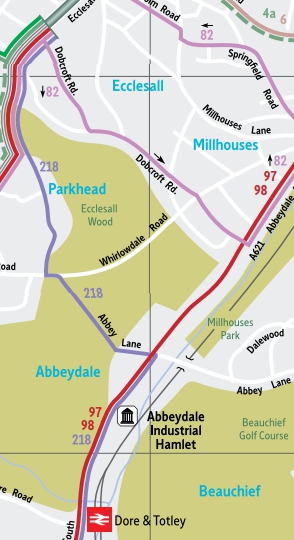 So it was that Sheffield bus watcher and blog correspondent Roy, resolute in the face of fear, went out to photograph the last ever 218 along Abbeydale Road which ran, momentously, on Saturday 31st August. 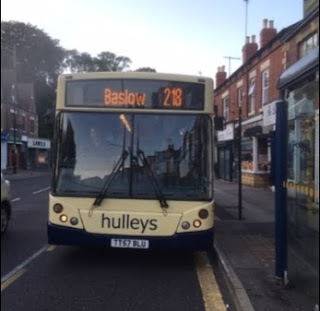 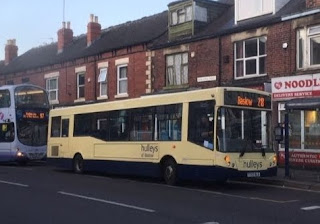 Faced with such excitement, readers may feel unable to continue reading this blog - totally understandable - but fbb will press on, breathless, to his next item, equally stunning!

A Farewell Tour For Gerry 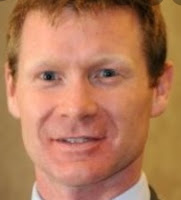 He is Gerry McFadden, who many blog readers will know, is boss of Maintenance for GoVia . He is leaving the company soon and one of his last "bossings" has been to oversee the introduction of nice shiny class 717 trains on the lines into Moorgate. 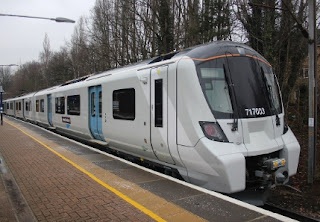 Adorned with the stunning livery of Pale Boring Blue combined with Pale Boring Grey and Paler Boring Grey (or is it white) these trains have brought more seats etc. to the busy commuter line ... 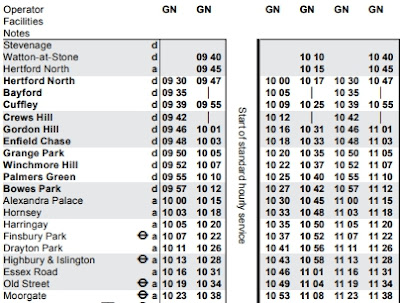 ... part of which used to "belong" to London Underground.

The mainstay of the line for years has been British Railways class 313, first introduced way back in 1976. 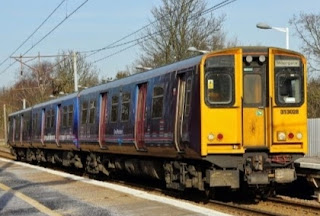 Gerry departs at about the same time as the last "Moorgate" 313 will run in service; so the Railtour commemorates both. 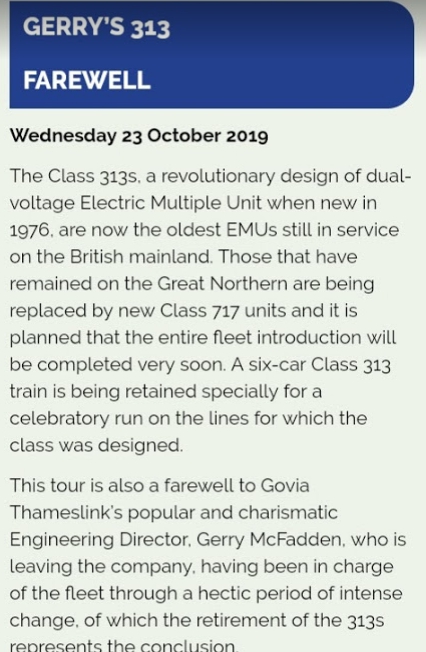 Should you intend to join the tour you may be disappointed as the on-line advert reveals that it is ... 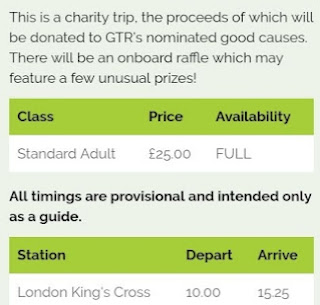 But there is no need to be downcast and disappointed because 313s will not expire completely. Don't tell all those who have bought their tickets for the above farewell Railtour but 313s will continue for a while longer on another bit of GoVia's vast empire. 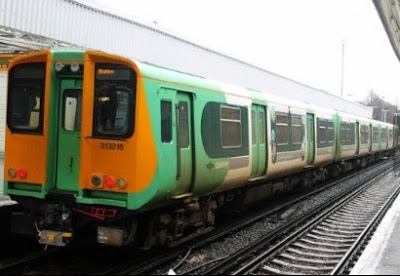 You can ride on them on the South Coast with Southern.

Nothing To Do With Trains
fbb has never watched "Game Of Thrones". (It is, or, more correctly was, a fantasy television programme.) Apparently the final series was either Disappointing, Daft or Disastrous depending on your commitment to the ethos of the series.

Look at this screenshot from one of the later episodes. 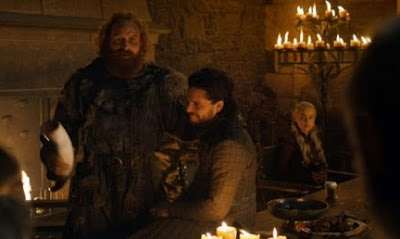 Look in front of the seated female and what do you see. Yep, you are right ... 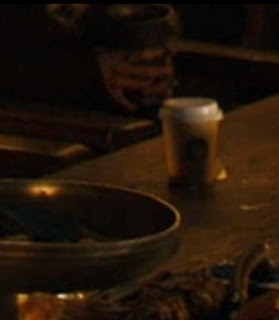 It is a cardboard insulated coffee cup with plastic lid; presumably brought back in time via a Gothic transporter beam by one of the series' Necromancers!

Or it was a mistake!

An Unusual Mixture?
Put together a virtuoso performance on a magnificent mighty Wurlitzer organ with vintage films about railways and you have a splendid afternoon or evening performance. 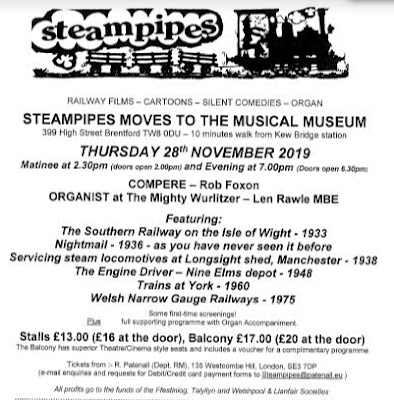 fbb loves the name, "Steampipes". It looks as if one of the films is Night Mail (two words, please!) ... 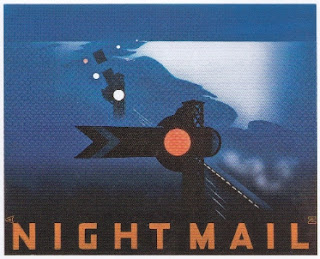 ... with words by W H Auden. And this is the bit we don't remember. 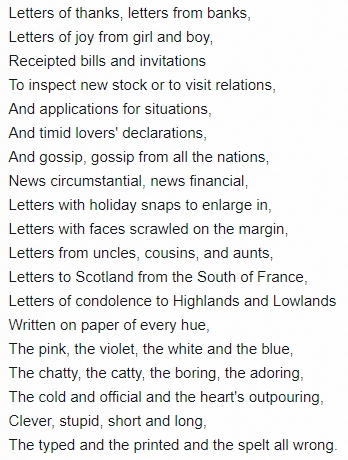 And here (SPOILER ALERT) is the bit we DO remember.

Tomorrow, a reminder for all those who bemoan the lack of printed material.

Next "It's All On-Line blog" - Tuesday 3rd September
Posted by fatbusbloke at 02:00