Yesterday in Seaton ...
... was "The Illuminated"; sadly not a report of a great spiritual revival but the final event of Carnival Week.This year's seem somewhat reduced compared with previous; only four troupes of majorettes ... 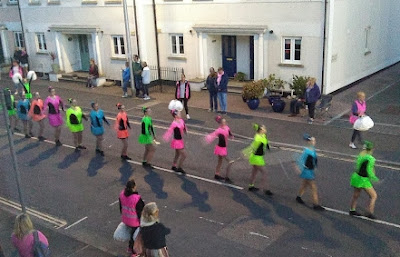 ... rather than the usual eight? The Lyme Regis "team" were the best with daglo costumes and a wider variety of jiggling about and stick flinging.

Sadly there was little of Public Transport interest in the parade with one notable exception; a float which featured a large cardboard "vengabus". 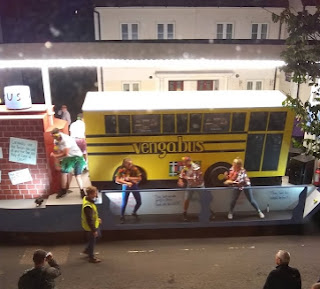 fbb understands that this is associated with some kind of popular music "turn" beloved of the youff. 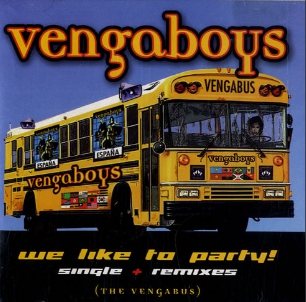 But you could always enjoy another band of majorettes. 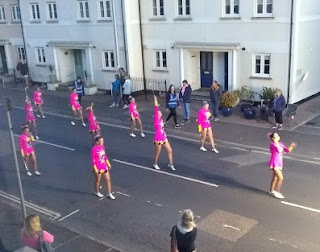 Initial observation of some of the floats revealed that the participants were all wearing hula hoops. 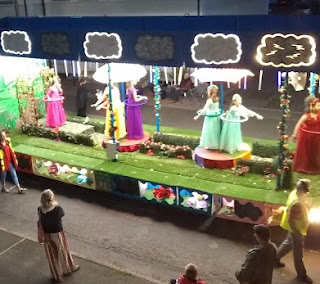 The practice was not universal, but appeared to be the latest health and safety nonsense preventing the mild enjoyment caused when a float stops suddenly and its occupants lurch forward colliding with one another.

Equally exciting, The Jurassic Mule returned on Saturday and Sunday. 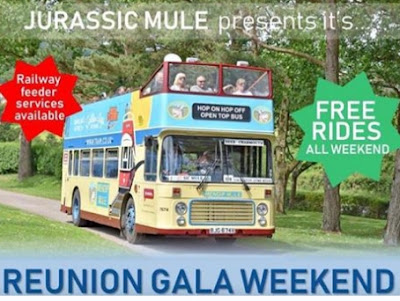 Regular readers will doubtless remember that Derek Gawn, ex Isle of Wight bus man, has had a love-hate relationship between his open top bus route and the people of Seaton. Several years of unfortunate PR, misunderstandings, claim and counter claim combined with poor weather meant that the operation ended completely and utterly a year ago.

Never to return? Derek de-registered his service to remove the temptation of having yet another "bad year".

But yesterday and Saturday he and his chums returned for one very last time. (It does sound a bit like a Frank Sinatra retirement concert) offering free rides to all and sundry. 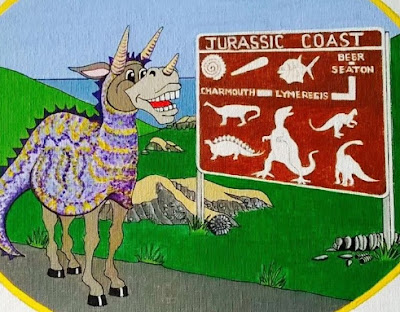 Del-boy had assembled a clutch of open-top plus a few with lids ... 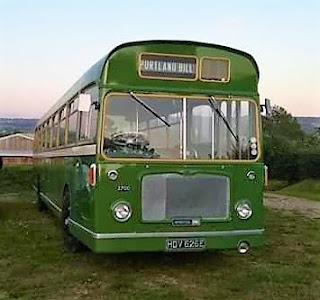 ... and a team of enthusiastic drivers to entertain those awaiting the excitement of the Carnival. 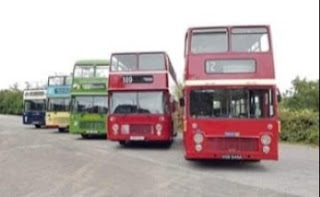 From the look of buses passing fbb mansions, the entertainment was mainly being enjoyed by "hairies" who had travelled to East Devon with the buses, and prepared them lovingly in a field at Colyton. 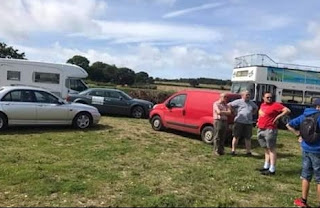 Much scrubbing and polishing was undertaken. These elderly buses would need to look their ancient best for their swan song! 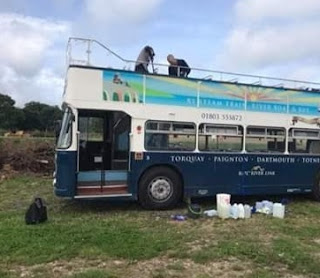 The fun and frolic is continuing unabated today!

Today In Sheffield ...
... was the big September timetable change as featured (to the great joy of all our readers!) previously in these blogs. Depending on how you count the "a" routes, nearly 80 services will offer the long-suffering bus passengers of Sheffield a change of route, a change of timetable or a change of operator or a mixture of any and all of them.

As of Friday last, publicity consisted of a list of changes in very small print posted at selected bus stops in the city centre. But (all together now) it was, by the start of last week, all on line.

Another handbill offered folk a printed leaflet version of the said list, although the item advertised did not appear until some days later. 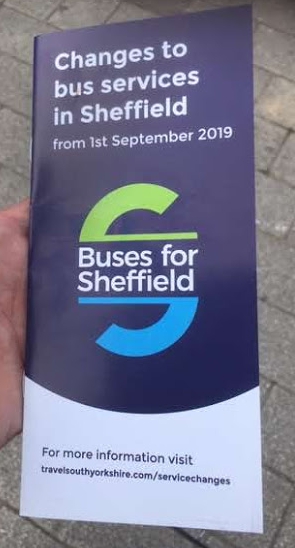 As we might expect the document is a very mixed bag with some incomplete and misleading information ... 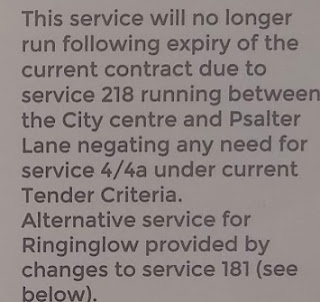 Plenty of twaddle about "tender criteria" and no real harm done on Psalter Lane or at Ringinglow, BUT no mention of the withdrawal of the evening service 4a via Carterknowle to the mega Tesco at Millhouses. 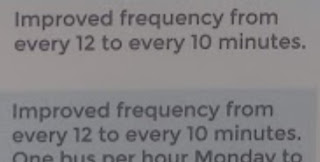 True on Mondays to Fridays but only every 15 minutes on Saturdays. Poor PR! 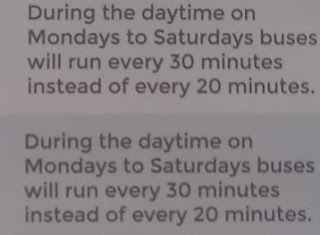 Buses have been running every 30 minutes since July! 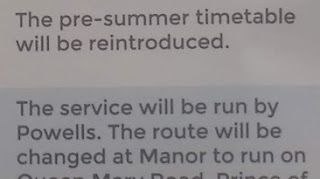 Correct. The next note is for service 10. Service 8 gets no mention but it, too, reverts to its pre-summer times after a lengthy "Summer" frequency reduction. It is a "joint" service with route 7.

The road concerned is Long Line (NOT Lane)

What is more ludicrous than this patchy summary is that, as of Friday last, it was the only printed publicity available anywhere in the city for any of the changes.

Appalling in every way. And they wonder why passenger numbers are falling! 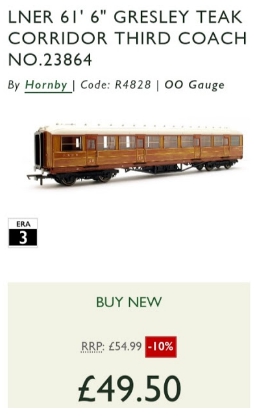 Recently announced by Hornby at £55 (for a coach? - OUCH), and discounted by Rails of Sheffield - a very fine model of a LNER corridor coach in the company's iconic teak finish. 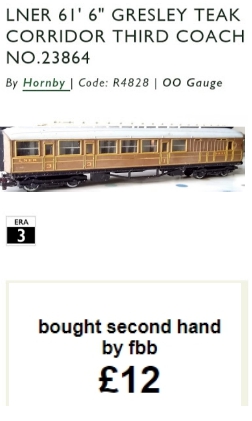 ... a rather crude paste-up from fbb of a similar coach, also modelled by Hornby some years ago. Of course the model is less detailed; the underframe is crude and very "basic". And it is a brake third but still visually comparable!

But is the latest model £43 better?

If fbb were really keen, he could buy some castings of underframe bits and posh his up a bit. 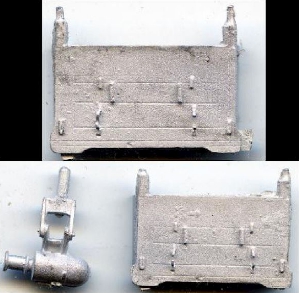 But he probably won't bother. In fact fbb has two such vehicles one of which arrived via a Church chum whose contribution to "The Community" is to take rubbish from a charity shop to the tip. Brian's rubbish is fbb's second teak coach!

Chacun à son goût as they say in Wigan!