Plenty of comments, as usual, in response to fbb's critical blog about the Transport for Manchester web site. Generally these comments fell into three categories:-

1. fbb shouldn't be using the TfGM site ; instead use [fill in alternatives].

2. fbb is making a mountain out of a molehill; it's quite straightforward.

3. it's just the usual critical stuff from fbb.

The trouble with most of the comments is that they are clearly from people who know what they are looking for and/or are hardened users of the various sources of information.

Point 3 is quite correct; but derives its approach from Points 1 and 2. To cover something of these, and by pure co-incidence, it happens that No 3 son read his dad's blog (he is a glutton for punishment) as he was seeking information for a visit to Manchester.

In November he will jet in to Manchester Airport from Basel. He is on his way to join long-time chum Tim for Tim's 40th Birthday knees-up. It takes place, as all knees-ups should, at Glossop. So No 3 wisely decided that getting to the wilds of Glossop from a 2210 arrival (very -ish, it's a plane!) might be beyond sensible.

... with nothing, then, until the following morning.

He has booked into a hotel and begins an on-line conversation as follows:- 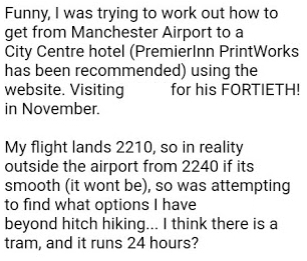 A bit more by way of explanations follows. 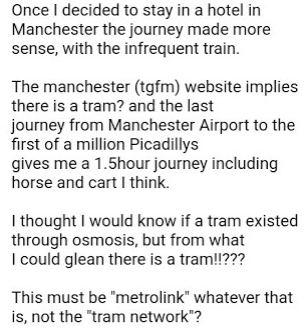 So immediately a comprehension problem - you have to know that "the tram" and "Metrolink" are one and the same.

An evasive and non-committal reply from fbb also asked again about the hotel. 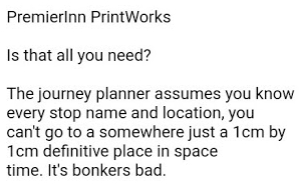 And you can't get to Premier Inn Printworks via TfGm's site either. 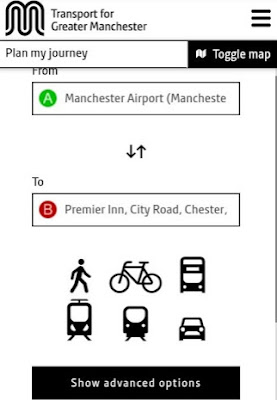 No other Premier Inns are available, apparently.

There are loadsa Premier Inns in Manchester but the one chosen was clearly listed ...

... and is spottable on Google Streetview. 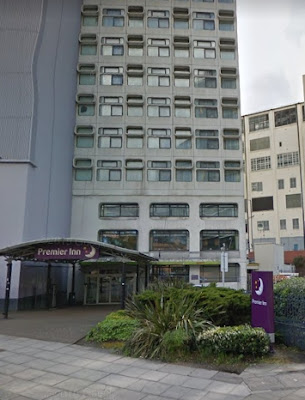 It's even clearer on Google Earth where the address "North Tower" is revealed as being very apposite! 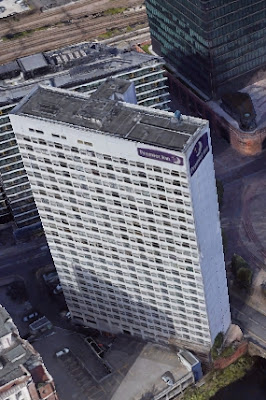 And the hotel is not far from Manchester Victoria Station. 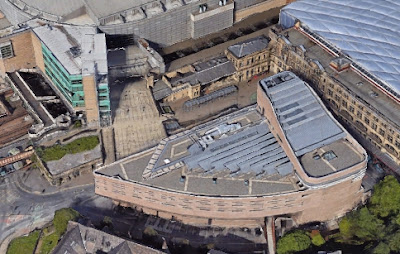 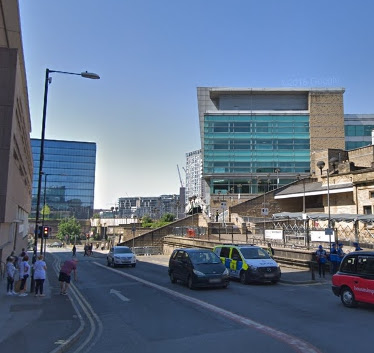 At the bottom, swivel left and you might spot the hotel ahead of you. 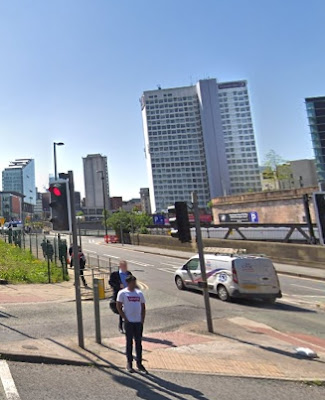 At night, which is when the boy will arrive, the purple sign may well be illuminated. A right fork just along the road takess you under a bridge ... 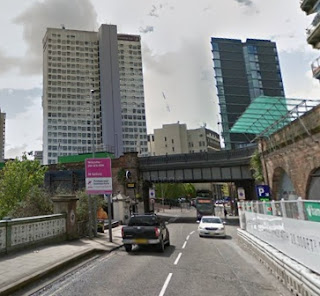 ... and you are there. The bridge did not carry a train but was the approach road to Manchester Exchange Station, alas no more. 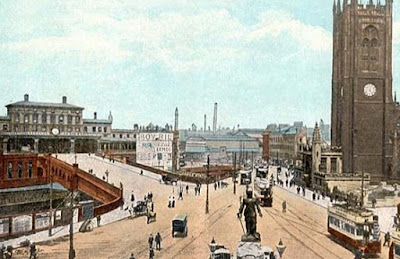 But the ramp is still there and can just about be spotted on the Streetview view. 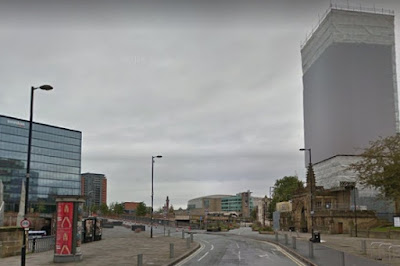 The cathedral has not been replaced with a new block of offices; when Streetview went past, the tower was undergoing a significant up-fettling!

Somehow the soul-less block that replaced the old station is so much poorer architecturally and socially. 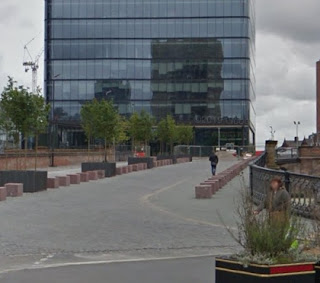 But No 3 son knows nothing of this - well, he will if he reads this blog.

Meanwhile, he is still (virtually) at Manchester Airport and (in reality) baffled by the "bonkers bad" TfGM web site. More to reveal tomorrow.

An Appeal For Help
The GoTimetable Sheffield  App and web site (www.gotimetable.com) is not "officially" supported by First Bus and Stagecoach (apparently a "Partnership" policy???) although they are very willing to supply information in good time and, thankfully, very happy to answer fbb's detailed queries.

Travel South Yorkshire refuses to engage in any way being "very satisfied" with what they provide and promising "improvements" in their information services in the future. (Over five years there have been none!)

Every year on behalf of the tireless fbb team, fbb seeks some publicity. This year a simple flyer is being printed. 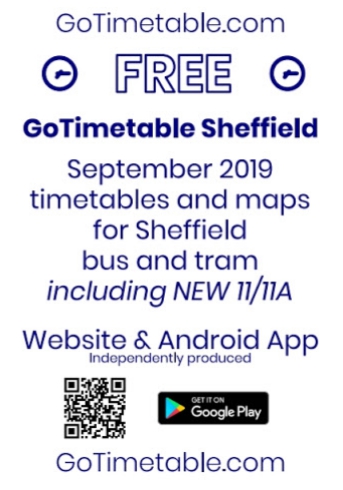 A PDF version will be available tomorrow to download and print out.

It will be passed round "on line" but GoTimetable is seeking "helpful" places and people that will be prepared to post a copy in the window (shops near busy bus stops), or have a bundle on or near the counter.

If any blog readers can help please get in touch via fbb@xephos.com

fbb will be in Sheffield Sunday 15th thru' Tuesday 17th (leaving 1030 Wednesday morning) and will have a wad with him. Otherwise post can be used!

Please remember that, apart from a dripple of pennies (literally) from the inevitable adverts, fbb and "the team" earn no income fro  GoTimetable - it is, quite literally, a Labour of Love. 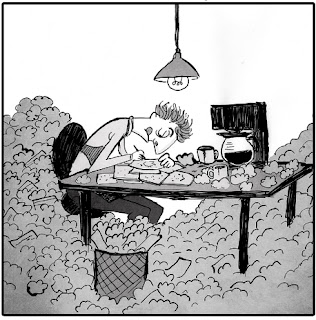 
Next Manchester blog : Thursday 12th September
Posted by fatbusbloke at 02:00