But first, something negatively positive from the collective wisdom of Travel South Yorkshire.

The two network maps (South and North) arrived yesterday at the city centre enquiry offices. fbb arranged a meet with correspondent Roy and after a chat he repaired to Colonel Sanders eatery to join Mrs fbb. 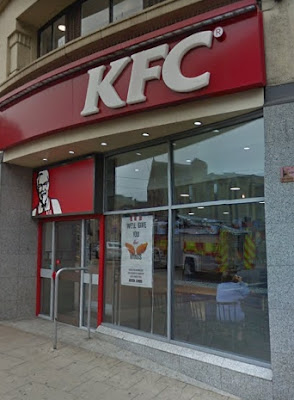 No sooner than they had begun to enjoy their finger-lickin'-good repast than Roy rushed breathlessly in to deliver one of each. 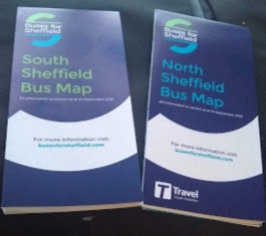 They have arrived only 16 days after the timetable changes happened and,arguably a month after they should have been available.

Oh, and the route of the drastically revised 95/95a in the city centre is not shown correctly.

The Expensive Experiment Explained
Come with fbb to the Cathedral tram stop in the city centre. fbb and Sheffield chum David arrived from Hillsborough on a "Y" for Yellow tram which would continue to Meadowhall. 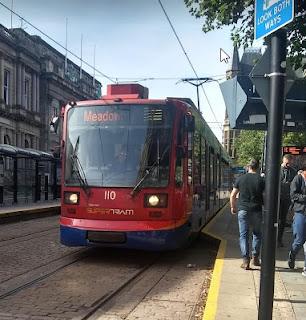 Six minutes later a "B" for Blue tram trundled in, bound for Halfway. 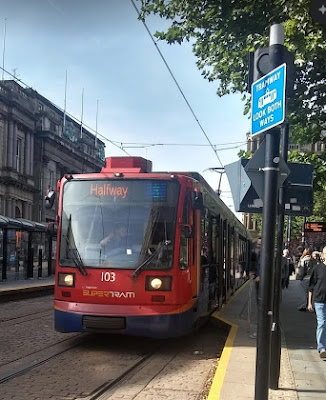 Approx three minutes later a "P" for Purple tram arrived from the opposite direction. The driver changed ends and after barely a minute's break she rolled back towards Herdings Park, 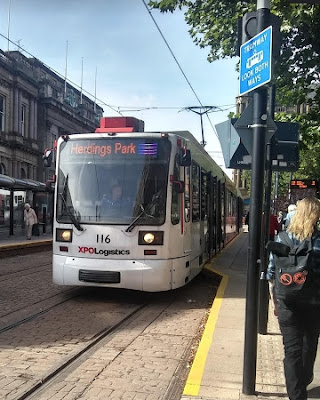 Next another Yellow tram followed by another Blue Tram and a few minutes after that a "TT" for Tram Train tram (colour is Black!) arrived from the opposite direction. Again just time for the driver to change ends and off went the tram bearing the precious cargo of fbb and chum. 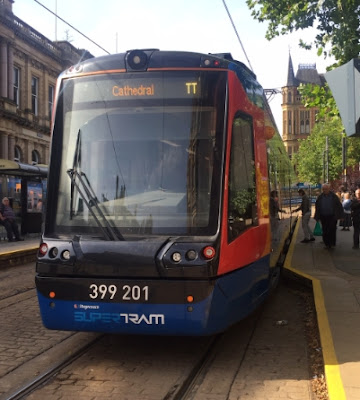 As the tram travelling twosome trundled Tinsley-wards, the next Yellow was peering hesitantly round the bend at the bottom of West Street ready to pull in to the Cathedral stop. It is a very slick operation but its slickness depends entirely on the whole network's ability to run smoothly.

Fortunately both the Purple and the Black have no scheduled "layover" at the Cathedral, so the through services (Yellow and Blue) should never be held up for more than a couple of minutes.

But it is very cleverly done.

Bear in mins as well that the \trasm Trains have to fit in with the times of proper trains via Rotherham Central.

From Cathedral to Meadowhall South, the Tram Train and the Yellow route are the same; the planners have resisted the temptation, for example, to make the Tram Train a limited stop service.

Here are some pictures to take our reader on a thumbnail trip,


Over the Park Square Bridge 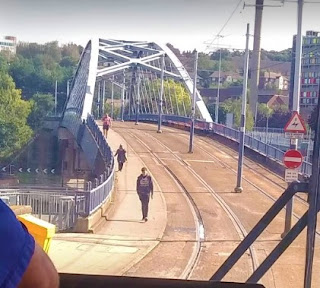 Reserved Track all the Way 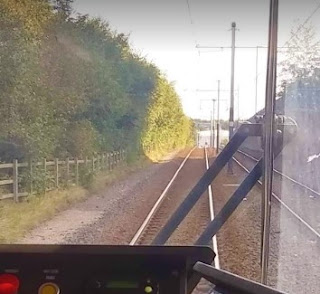 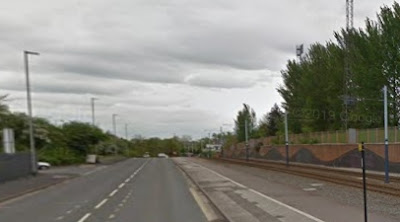 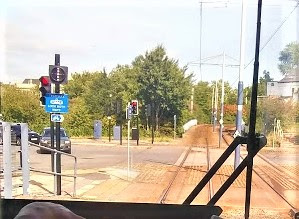 And stopping at Stations 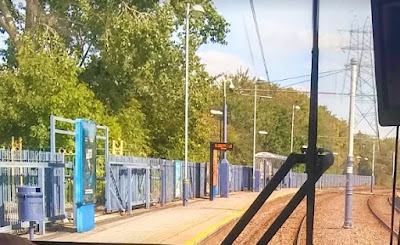 The above station was originally named after the Sheffield Arena and designed to handle the crowds ... 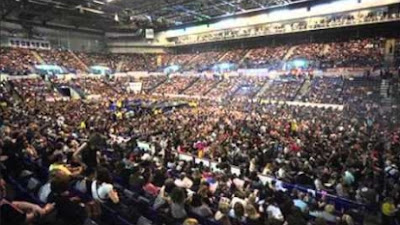 ... although, in practice, the tram system was never able to cope. The station is now called Arena Olympic Legacy Park and the Arena itself is named FlyDSA Arena which, being interpreted, is Fly Doncaster Sheffield Airport Arena.

You do wonder what identity will appear next? 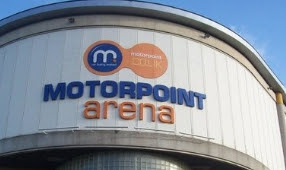 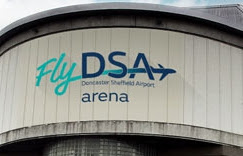 It is almost as (as bad?) as franchised railway companies! 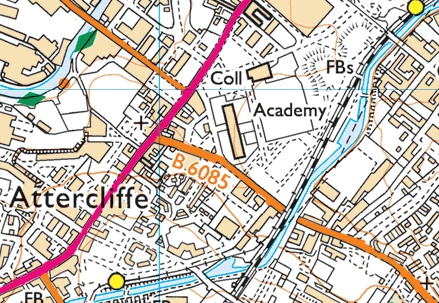 ... the tram tracks (with yellow blobs for stations) begin to run parallel to a piece of single track "proper" railway. 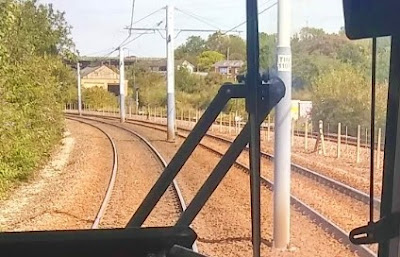 The freight-only national rail line will be joined by the tram after Meadowhall South Tinsley station. 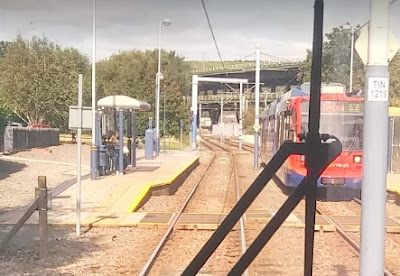 In the above picture, note the girders of the Tinsley Viaduct carrying the M1 on its top deck. Something mysterious and technologically beautiful, a railed vehicle transfiguration, will occur under those girders. 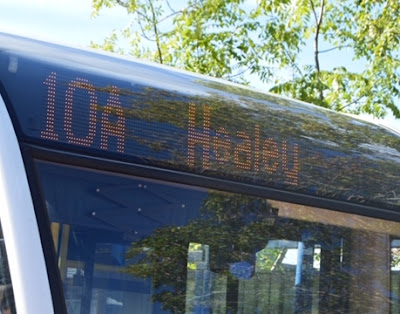 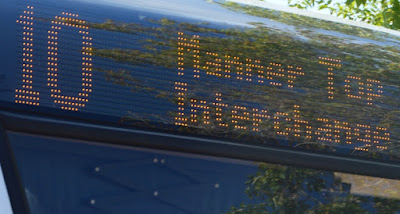 ... Manner Top instead of Manor Top.