Whilst in Abergynolwyn, the fbb's nipped northwards to Dollgellau, still spelled in English on the fingerpost just outside their holiday "pad". 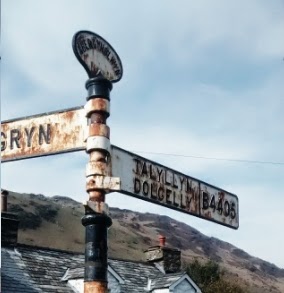 All buses stop in Eldon Square. 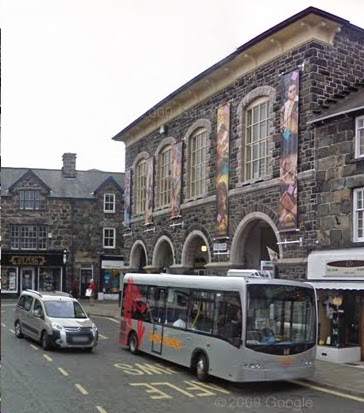 There are two stop poles, numbered innovatively 1 and 2 ...

... each with a timetable frame containing all the information a potential passenger might need. 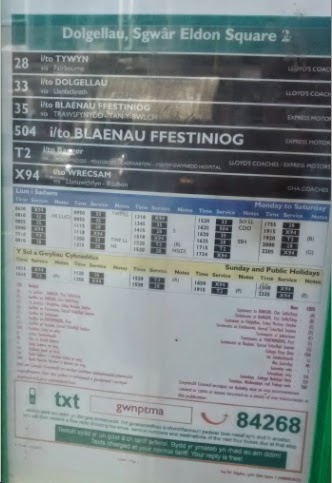 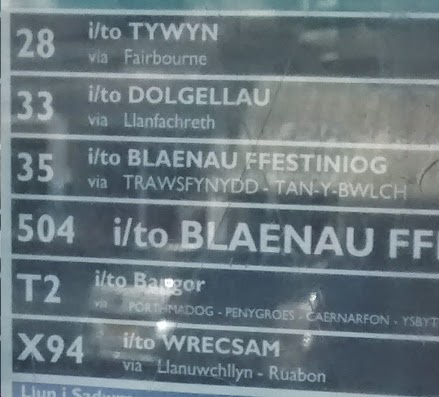 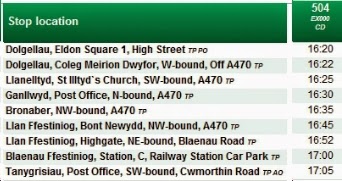 ... has to be in BIG LETTERS 'cos college students are "dwp", presumably.

Then follows a departure list in time order but with all services intermingled. Who, please, thinks that this is a good idea? 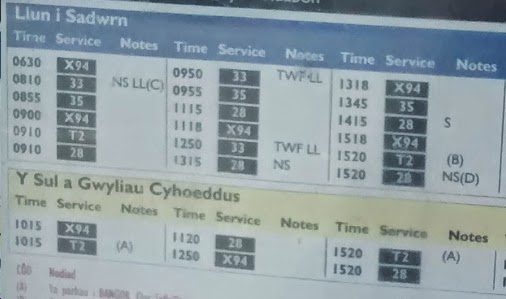 Then, to heap confusion on confusion, comes a huge list of notes. 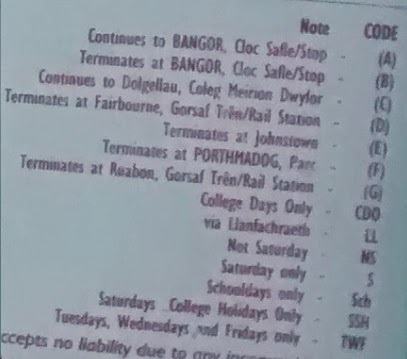 Note also that the 0810, 0950 and 1250 service 33 headed, helpfully as going to Dollgellau (which is where we are standing, remember!) via Llanfachreth each carry the note "LL". Which, helpfully, means via Llanfachreth.  tip 2  Another really useful thought from Gwynedd.

But, do not despair. One of the stops has a "flag" with a real (or un-real?) time electronic information display; so all is well, eh? 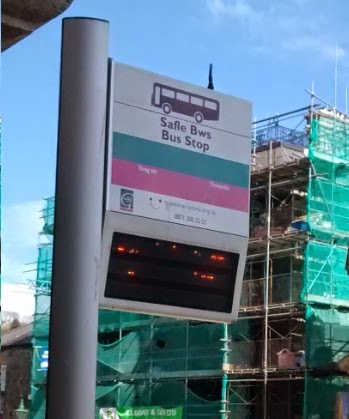 The display doesn't photograph properly but it said something like this:-

fbb's Welsh is a bit "di-liw" but he thinks it means "refer to timetable".  tip 4   A fourth hearty cheer for Gwynedd!

Back to service 33. fbb photographed such a beast, obviously a 33 from the rear destination blind display. 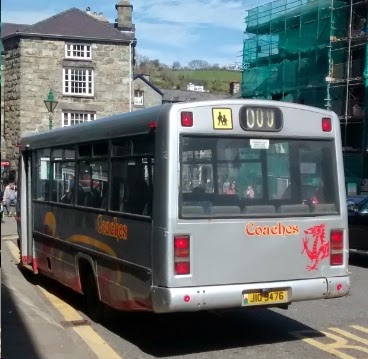 The front destination showed, not ...

Lloyds coaches publish the timetable for the 33 on-line and, as a special Easter challenge, fbb invites his loyal and intelligent readers to understand it. Note that every journey has a note! 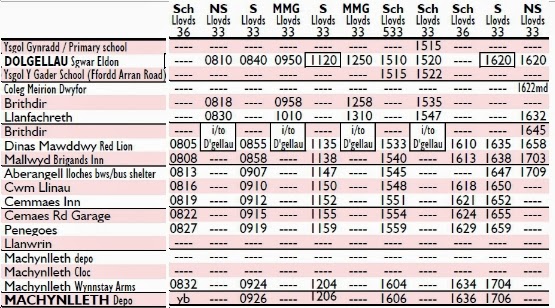 And the Gwynedd county web-site does have a map, contrary to fbb's earlier and derogatory comment. Here is an extract. 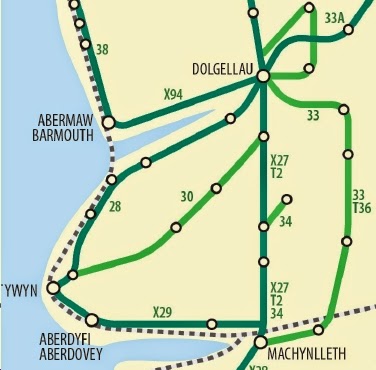 Our readers may further amuse themselves by tracing the route between Dolgellau and Llanfachreth.

This is, of course, not new news. But it begs the eternal question. Does Gwynedd council want to encourage bus use? Or is the "cunning plan" to make travelling by bus so obfuscated that no-one travels any more? That way, the Public Transport subsidy budget can be reduced to nil and any residue spent on extra staff at County HQ. [See "Managing your Money, Strengthening your Staffing" by Sir Humphrey Appleby Bart; now sadly out of print.]

You might also wonder whether staff at Gwynedd's posh HQ ... 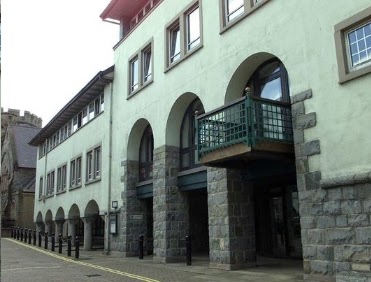 ... ever travel on the buses they so badly promote. 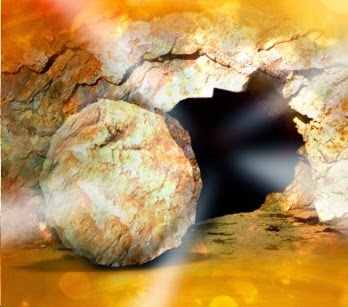 It's imposssible! Of course it is. But a God who is outside of our space and time can manipulate the laws of physics easy peasy. 'Cos he is God; that's what it says on the tin.

They (any "they" will do) took the body away. OK; so when the resurrection rumours started, all the authorities had to do was to produce the body - any mangled body would probably do - and the whole daftness of the miracle would be killed off at birth! But they never did produce the body.

It was the wrong tomb. Oh yes? The efficient and bureaucratic Romans guarded the wrong tomb, did they? Well, nip to the right one and find the body!

One of the oddest of the odd oddities is that, after nearly 2000 years of diligent research no credible alternative explanation of the events of that Sunday morning has been provided. Most of the "revelations" that have appeared from time to time are even more impossible than the Biblical narrative ... 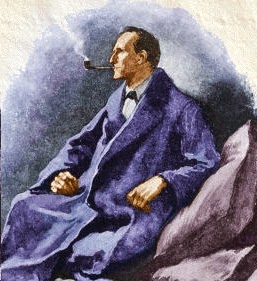 How often have I said to you
that when you have eliminated the impossible,
whatever remains, however improbable,
must be the truth.

In the end the ultimate answer has to be either faith; or lack of it.