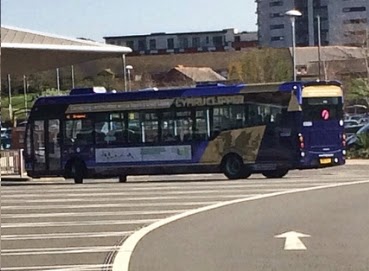 Buses liveried as above have been appearing mysteriously in South and West Wales. At first glance the paint job appears similar to that recently introduced on the X2.

That's because it is! But the brand, Cymru Clipper (shouldn't that be Cymru Clipa?) is new. Yesterday, all was made clear by First Cymru.

A network of bus services operating across South and West Wales is being given a face-lift by operators First Cymru to make it, and bus travel in general, more attractive to commuters, shoppers and day trippe rs. Underpinned by investment in both the routes and the vehicles operating on it, the introduction of the new ‘Cymru Clipper’ network is one of the biggest changes made by operators First Cymru in recent years. It brings together, for the first time, all the interurban bus routes operated by First Cymru across South and West Wales, under one name, making them morevisible and accessible to people wanting to travel.

Does that mean that the X2 gets re-re-branded as well?

The press release waxes lyrical about improvements to several routes, including the X13. 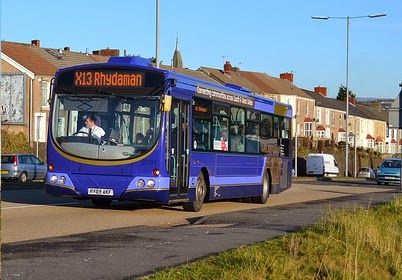 On the same day as the launch (18 May), the frequency of Service X13 (Swansea to Llandeilo), will also be enhanced with buses running every 20 minutes (rather than every half an hour), offering bus users more opportunities to travel.

Except that the X13 only runs to Llandeilo at peak times ... 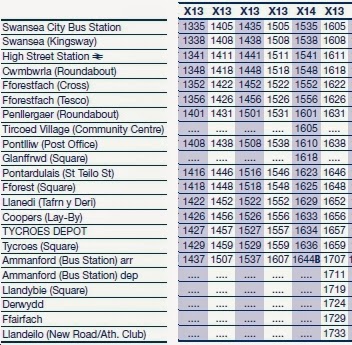 ... and some of the X13s are X14s. fbb presumes that the new 20 minute frequency operates only as far as Ammanford, NOT Llandeilo. Such is the joy of press releases, possibly created by people who don't ride on the buses!

A quick check of the "forthcoming timetables" section of First Cymru's web site solves the problem at a stroke - NOT!**

As the network and its publicity develops, fbb will review progress. In the meantime the official launch of Cymru Clipper will be as part of First Cymru's centenary celebrations. 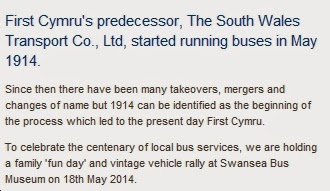 Sounds fun. Sadly, fbb has not received a VIP invite. He's not too sulky because church duties usually preclude attendance at Sunday events. Sounds a good day though. The museum web site is (here).

There will be fare reductions on the rebranded network:-

Adults will be able to enjoy unlimited travel on the whole network for as little as £5 a day, while those 18 years old or under will be able to travel for just £3 a day.

This appears to be a stunning reduction on present prices. 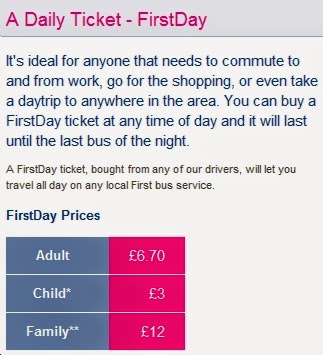 Which begs the question; is it possible to get from Cardiff to Haverfordwest and back in a day using only the First Cymru network?

There might be a few Silcox-filled gaps! If it were possible, it would be some superb bargain for a fiver!

Again, there is no sign of the map on-line at the moment. fbb is not sure whether an "underground" style map, with its consequent lack of geographical integrity, is the best way to communicate inter-urban routes. Currently this is the style used for Swansea city. 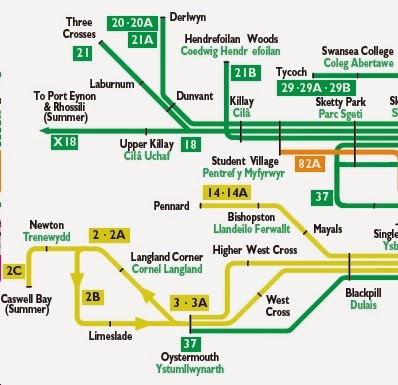 There is no doubt that this Cymru Clipper scheme has great potential. As they say, watch this space.

A couple of final thoughts for today. Here is an Ammanford local poster from way back. 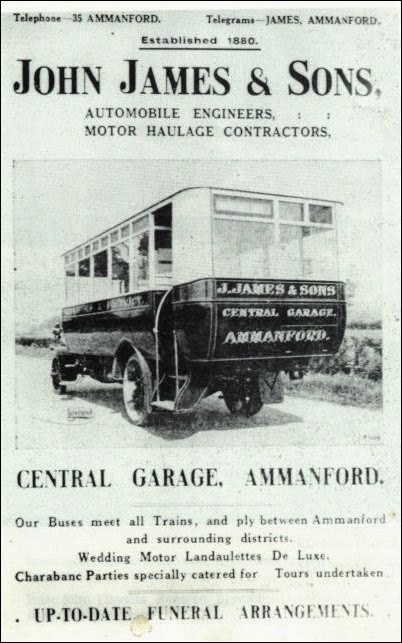 Note: "our buses meet all trains". Those were the days!

And finally: if Cymru Clippers are to be blue and gold ... 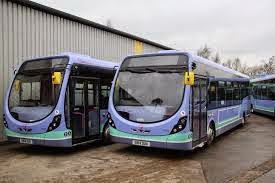 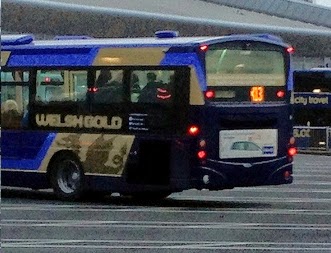 ** Although First Cymru have "no forthcoming timetables", it is possible to find some forthcoming timetables via "Travel News" and "Service Updates". Here, fbb's supposition is confirmed; the X13 is increased to every 20 minutes between Swansea and Ammanford. Peak time journeys to Llandeilo continue and the X14 variant is withdrawn. 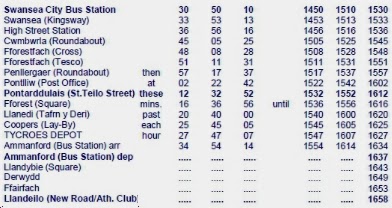 Next bus/rail blog : Wednesday 30th April
Posted by fatbusbloke at 02:00