This is Shane Mitchell ... 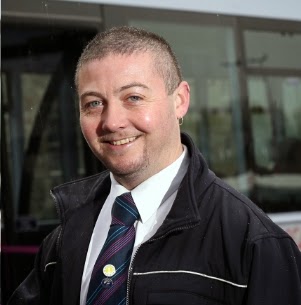 February 3rd 2014 was a normal day as Shane drove his service 2 bus along Union Street ... 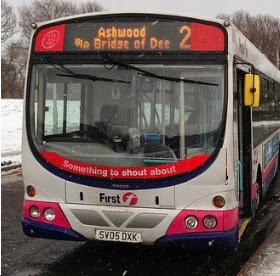 ... when he heard a thud. A customer informed him that someone had collapsed. Shane immediately pulled over and from there his instincts took over.


"I knew something was wrong because the gentleman's lips had turned blue," said Shane. "I tried shouting in his ear, but there was no response, so then checked for a pulse, but couldn't find one. I asked one of my other passengers to call an ambulance, and then I set about trying to revive him.  I opened his shirt, checked his airways and then began CPR. I just kept going until the ambulance arrived, hoping that I could get some form of response. The emergency services arrived within a few minutes and rushed him to hospital." 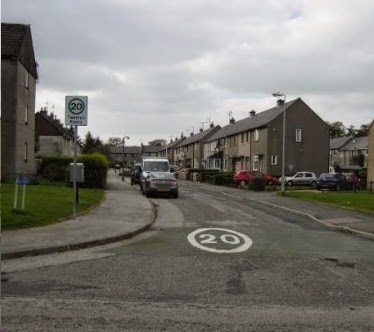 Shane, who lives in Sheddocksley with his wife, continued: "I didn't hear anything and I feared the worst, but I was contacted the next morning by the family of the passenger. They confirmed that he was going to be OK and that my actions had probably saved his life and certainly prevented brain damage; by performing CPR I had kept the blood pumping to the brain." 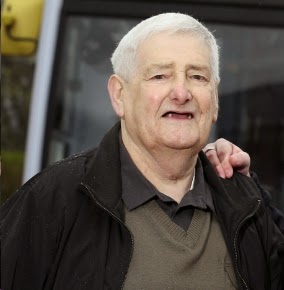 The passenger concerned was 72 year old Allan Mclean, a retired labourer, from the city's Gallowgate who was heading into the city centre at the time after getting a haircut on King Street.

The actual barber visited is, not surpisingly, omitted from this tale; but there a two listed on King Street, each with a slightly terrifying hair cutting cartoon! 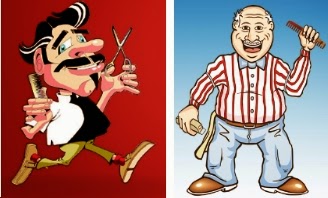 He said: "The day it happened is just a blur. I actually don't recall getting a haircut. But I remember feeling unwell on the bus and then experiencing excruciating pain in my chest. I remember thinking I must be having a heart attack and then I blacked out. The next thing I knew I was in hospital wondering how I got there. Thankfully I'm making a good recovery, but I will be forever indebted to Shane. There is no doubt in my mind that he saved my life." 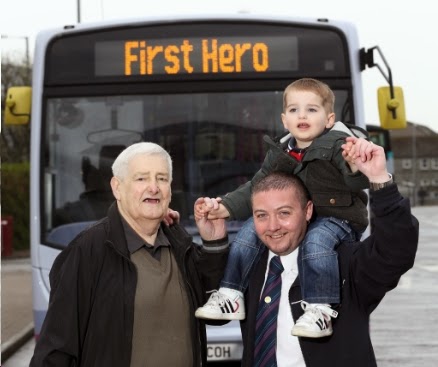 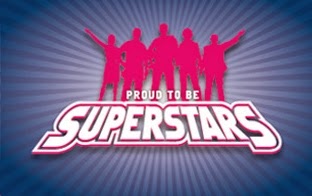 ... and will be nominated as "Frontline Employee of the Year" at the National Transport Awards. 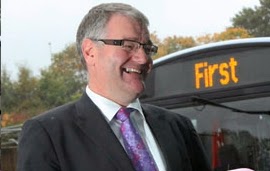 ... said: "All at First Aberdeen are incredibly proud of Shane. Our internal Superstar awards reward our employees who go that extra mile for our customers. There is no better example of customer service than saving the life of one of our passengers!"

"I just did what anyone would have done in those circumstances," said Shane. 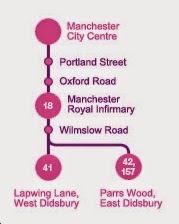 ... with a special offer which runs (initially) until the end of June. Magicbus, which also runs along the busy Wilmslow Road, has matched this price. 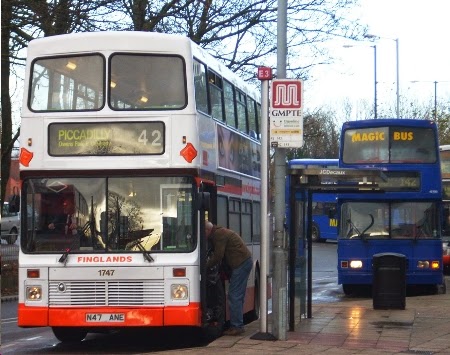 From today former Finglands services, taken over by First, have been enhanced; notably service 42 ... 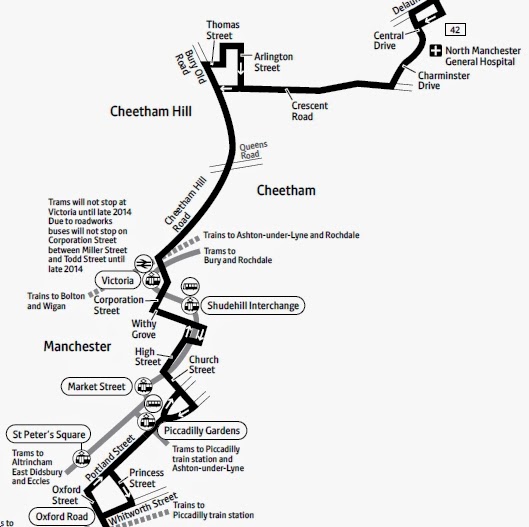 ... is extended across the centre of Manchester.

Heyho! It used to be so simple! 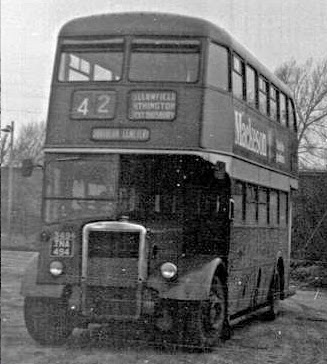