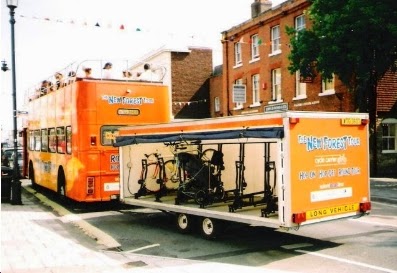 Some operators hook a couple of bikes on the back ... 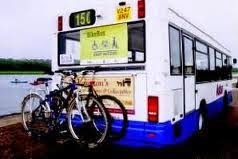 About 12 months ago, "The Vectis" announced that it's recently reintroduced "Round the Island" service (which doesn't go all the way round) would be increased from oue and a half trip a day to four, equipped with rebranded buses ... 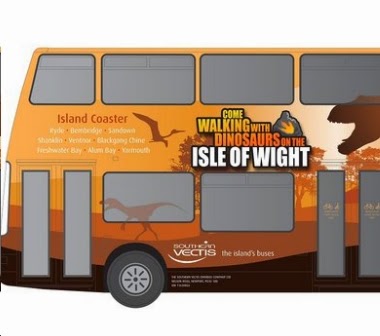 ... wwhich would be adapted to carry bikes. Unvinyled vehicles were espied skulking in the depot ... 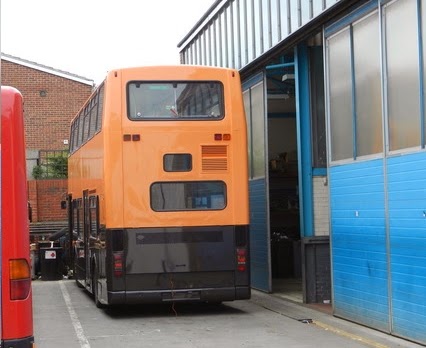 It was unclear why this project didn't happen; the rumour (probably disseminated by SV spin-meisters) was that the Vehicle Inspectors had "issues" with the bike racks.

So, better late than never, and a year later ... 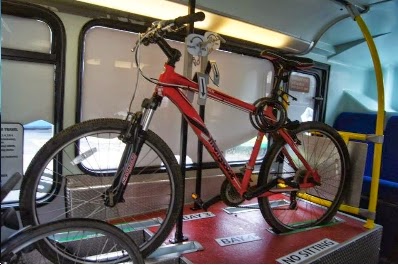 It is now easier for cyclists to take their bicycles to areas across the Island using public transport instead of their cars. The Isle of Wight Council is working with Southern Vectis to provide bike storage facilities on four buses. The buses, which are the existing ‘Coaster’ route vehicles, have been converted to each store up to six bicycles at a time using money from the council’s sustainable transport access to tourism project, which is funded by the government’s Local Sustainable Transport Fund (LSTF).

Four journeys will leave per day from either Ryde or Yarmouth, with some extended to include East Cowes and Newport, providing a round-the-Island connection for cyclists. It will mean cyclists can now visit local attractions or areas they would normally drive to using public transport instead with their bicycles.

... is the council’s Executive Member for sustainability and welcomes the new buses. She said: “This project is part of the council’s commitment to promoting greener, car-free tourism on the Island. It will support cyclists getting from the ferries, to and from their accommodation and to the tourist attractions in more remote locations. This is just one of many other exciting projects which are benefiting from government funding to improve the cycling infrastructure for visitors and locals and will strengthen the reputation of the Isle of Wight as one of the best places for a cycling holidays in the world.” 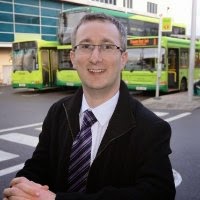 “The Coaster route has proven to be tremendously popular as it is a great way to see the Island and visit attractions without the hassle of driving. The addition of space for bikes on board gives more opportunities for cyclists to get out and about, enjoying the scenery without relying on a car.”


The newly converted Coaster buses began service from 5th April and will run daily until 28th September. There is no charge to carry bicycles on the buses other than the normal (pricey!) passenger fare. 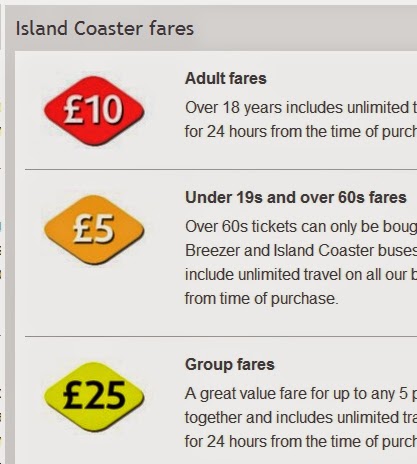 The mechanism used for storing the bicycles has been designed by two local engineering students.

Last year's timetable was for a simple four trips (each way) ... 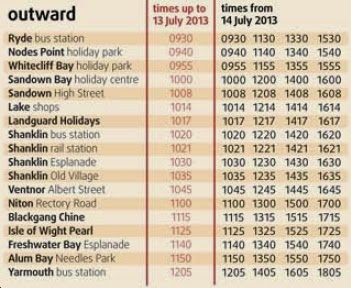 ... but fbb was intrigued by "Some extended to include East Cowes and Newport, providing a round-the-Island connection for cyclists" so went on-line to look at the 2014 timetable. 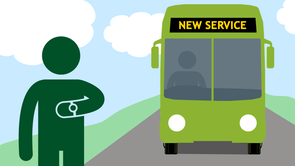 It wasn't there all last week but had appeared by Saturday morning when the service started. Better late than never! 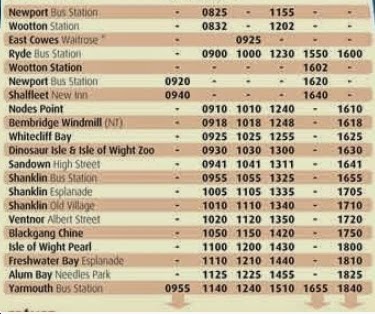 As is typical with much of today's timetable design, the panels do not deal helpfully with journeys that add something to the standard 2013 route. The 0920 from Newport and the 1550 from Ryde are part of the anti-clockwise route and should be tacked on to the top of the table below. Likewise the continuation of the 1840 at Yarmouth should appear above and not below as it is a continuation of an anti-clockwise journey. 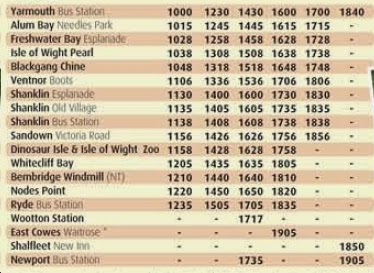 But it wouldn't do to make things easy to understand, would it? 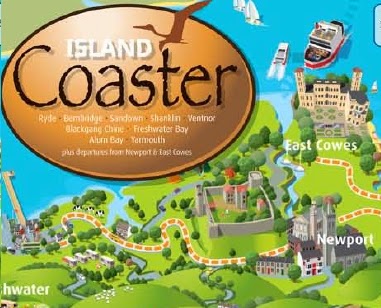 There is a pretty map in the on-line leaflet; but, frankly, it is just that; pretty with the addition of "useless" to explain the potentially useful add-on trips. Those who know the Island may while away their waking hours working out which way the bus actually goes.

By the way, Matt Kitchin, Vectis boss, has been reported as saying that the better frequency introduced in 2013 had brought a four-fold increase in revenue. Sounds positive until you remember that the number of journeys increased from one (and a half?) to four! Statistics again!

Oh yes; and how many downstairs seats are there for all the creaky old crusties that make up the majority of the Island's visitors? Looks like five, across the back.

Unfortunately, our Isle of Wight correspondent has just set off on a holiday in Barbados ... 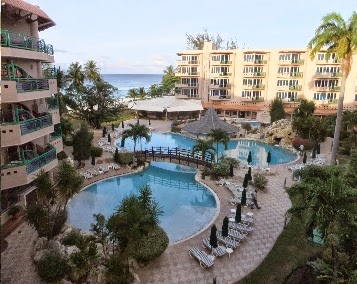 exciting view from his hotel window!

... so a detailed report on the new service may follow later.

Tomorrow, "better late than never" in Taunton and Northampton.

Next bus blog : Tuesday 8th April
Posted by fatbusbloke at 02:00