It started with this picture, sent by Alan, our Northampton correspondent. He likes to challenge fbb's public transport knowledge. "This," he proffered, "is a station even less accessible than Dovey Junction." 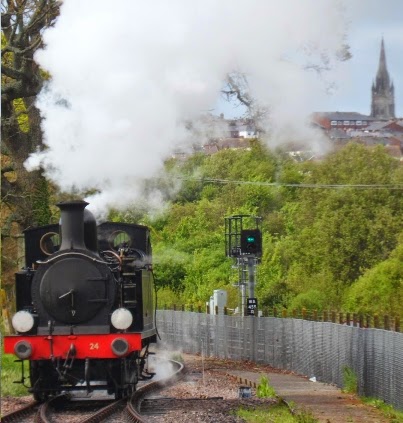 The fence, the green signal and Holy Trinity Church spire all gave the game away quite quickly. This is an Isle of Wight Steam Railway locomotive "changing ends" at Smallbrook Junction. Except that it isn't a junction. There is no connection between IoWSR track and Island Line rails. 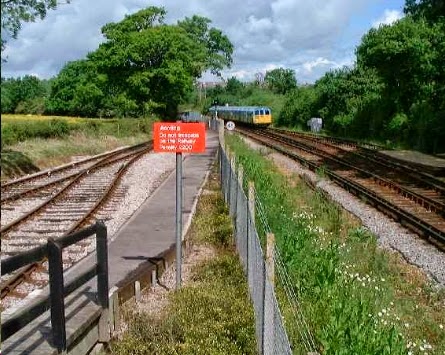 You can just see the buffers shaded by the tree beyond the "Do not trespass" sign.

It was a junction back in the glory days of steam; but only in Summer. 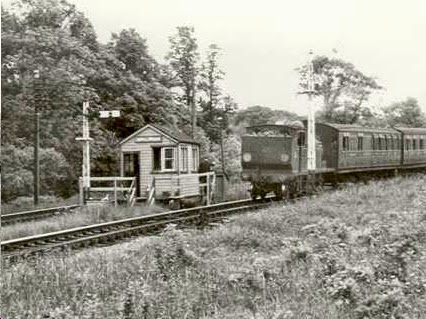 Here the line from Cowes and Newoprt juncted with the line from Ventnor. Above you see the summer signalman about to do his stuff with the single line "token". But in the winter ... 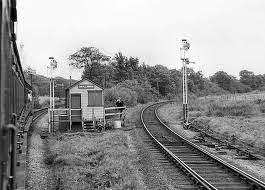 ... the box was closed, the signal arms removed and the line was worked as two separate single tracks from St John's Road station. Smallbrook Junction ceased to exist until the soft shoots of spring reappeared the following year. Either way, there never was a station there.

But in the heady, happy pre-privatisation days of Network SouthEast, boss Chris Green ... 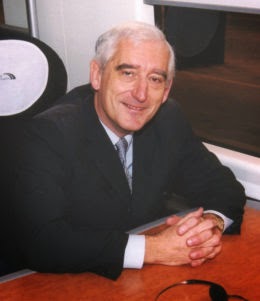 ... decreed that halts should be built at Lake ... 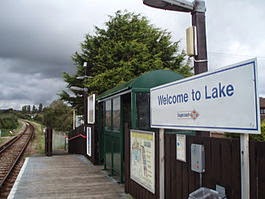 ... and Smallbrook-not-really-a-Junction, adjacent to a steam railway platform. In 2012, the lads from Havenstreet built a lovely station building, complete with ticket window and waiting room ... 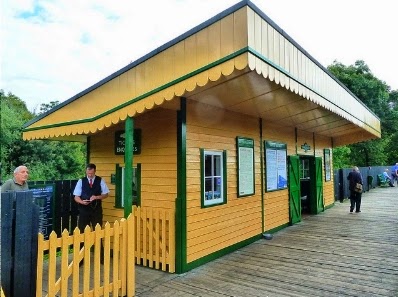 Island Line trains call at their platform (left of the building) but only when steam trains are running. 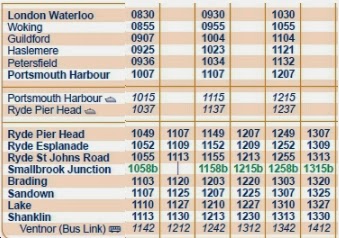 ... and there is an additional note on the Island Line table which offers a further warning. 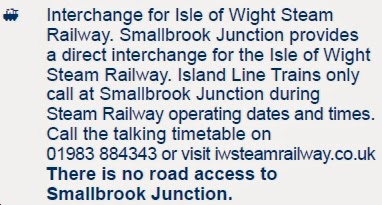 But that last sentence can be (and occasionally is) misunderstood! Well hidden on the Steam Railway leaflet is an unequivocal statement:-


Passengers visiting the railway by 'Island Line' electric train arrive at Smallbrook Junction Station, the point at which the lines from Ryde to Ventnor and Ryde to Newport diverged. The two platforms of this station, which may be reached only by rail, ...

Now that's not quite the same as saying "no road access". Thus occasional members of the happy holidaying British public have been known to seek ingress or egress at Smallbrook Junction. Of which more tomorrow.

Some time ago, fbb reported on competition on the route between Sutton Coldfield and Lichfield. Central Connect ... 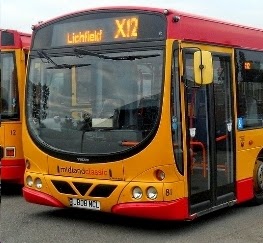 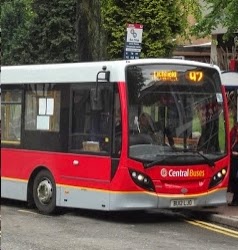 ... faded from the scene some time ago. But the significant event was the withdrawal of Arriva's 112 from the end of service on Saturday 26th April. 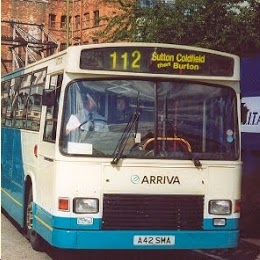 The original Midland Red route once ran frequently between Birmingham and Burton on Trent with some journeys continuing to Derby. But services had been run down over the years and little of this once great route remained at the end.

Next bus/rail blog : Thursday 1st May
Posted by fatbusbloke at 02:00