It all started when a very nice man called Clive (from Kent) got in touch with fbb. "I like your maps," he wrote (perceptive fellow!), "would you be able to quote for doing some for my book?" The book was about the history of bus services in the Sittingbourne area. 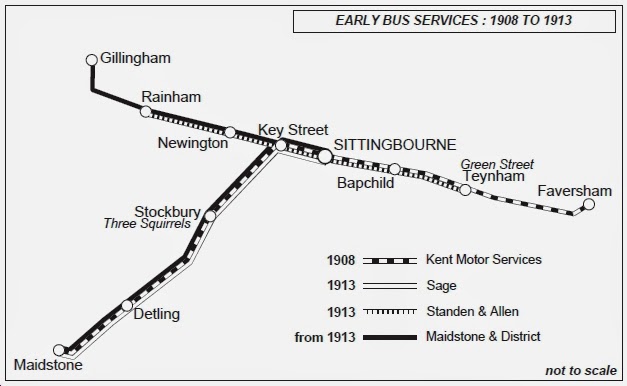 The book has not yet appeared due to a series of domestic complications, but doing the maps was fun!

Some months later, Kentish Klive was back on the ether; "I am doing a bit of consultancy work for Chalkwell (Sittingbourne) bus company. Would you be interested in quoting for some diagrams for them?" Is the Pope a Catholic? A few coppers to augment fbb's meagre pension pot is an attractive proposition.

It transpired, as per the article in "Route One" ...

... that Chalkwell was in the last stages of firming up the detail of their tender award and thus ready to produce leaflets - with maps. For the purpose of this blog, fbb will concentrate on one part of the task in hand, namely buses to Teynham and beyond. In fact four separate maps were required; of which Teynham etc. is part of one.

So Clive sent fbb some sketches of what was wanted ... 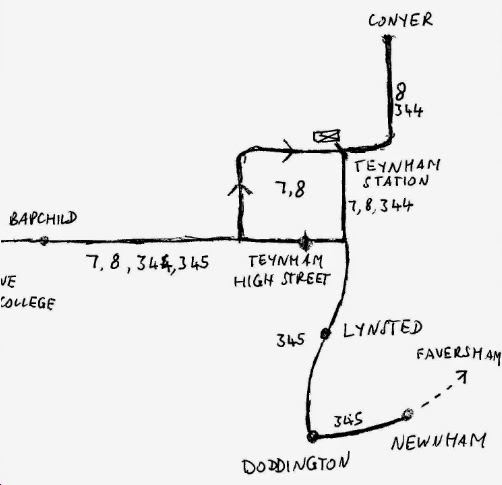 ... and pre-production copies of the new timetables. 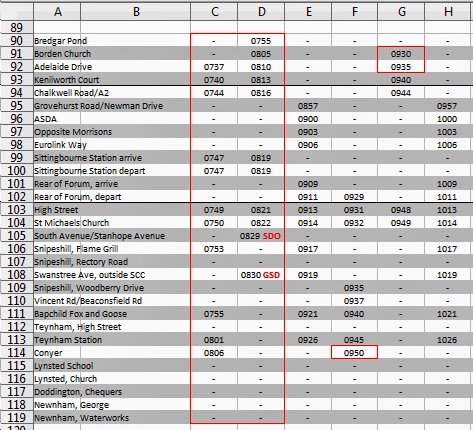 A few complications arose from the outset.

1. fbb has never been to Sittingbourne and did not know the area

3. fbb did not understand the timetable

Apart from that, the job looked dead easy! Matching the received sketch to cartographic reality was simple. 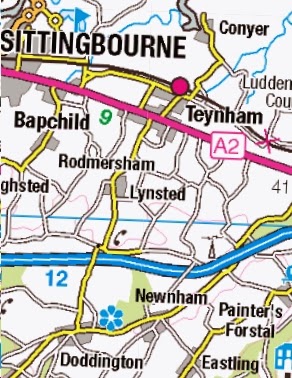 Conyer is a settlement on Conyer Creek, once a fishing port, now a haven for yotties. Teynham is on the A2, with its station a little further to the north. 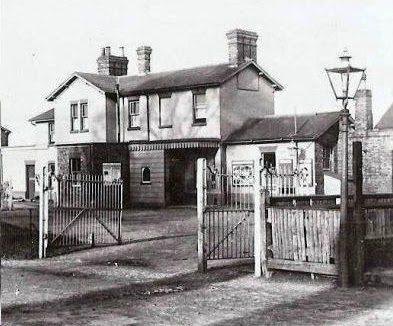 Doddington and its neighbouring settlements are pretty little Kent villages. 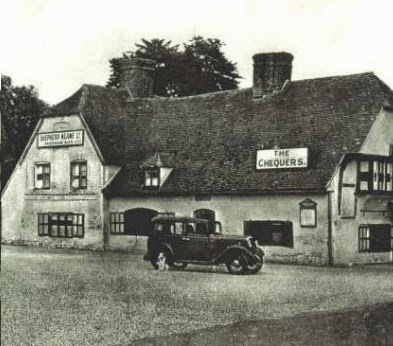 Doddington Place Gardens is a splendidly picturesque "place of interest". 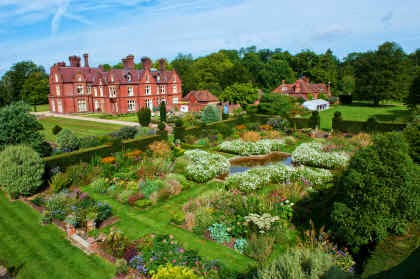 Clearly, none of these villages is going to offer huge pickings for a bus operator. Which is probably why Arriva (successors to Maidstone and District) has progressively pulled back to the "main road" network that the company runs today.

Kent has a bus map on-line which, as would be expected for cartography to a county-wide scale, was rather daunting for Sittingbourne itself ... 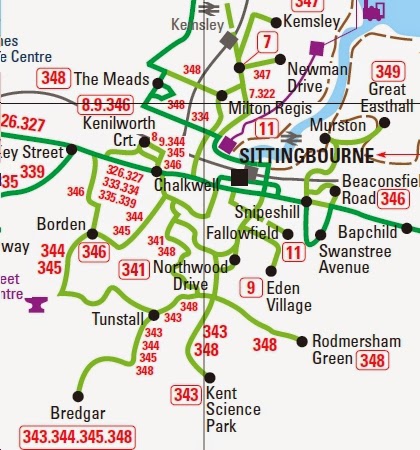 ... but deceptively simple for the Teynham area that our patient blog readers are, hopefully, following in this post. fbb did not know how up-to-date the Kent map was although it was dated from 9th February 2014. Clearly it would not show the changes from the 7th April. At first glance there would appear to be a lot of differences in route numbers throughout the Sittingbourne area. 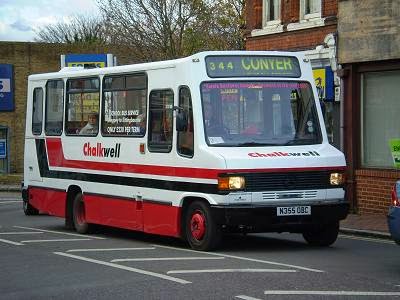 What is initially puzzling is that most service numbers are in a 300 series, looking very like an ex Maidstone & District/East Kent numbering scheme. 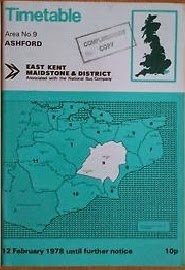 But then we espy 7, 8 and 9; clearly NOT traditional Sittingbourne area route numbers. 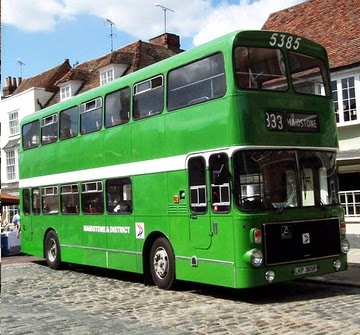 This map-drawing project is looking a bit more complicated. Tomorrow we need to look at timetables.