The campaign for timetable secrecy is not universally successful. Recent blogs on Megabus at Honiton plus parts 1 and 2 of this mini-series might suggest that the campaign is gaining ground. Despite Transport for London's tireless efforts, timetables for the 405 are available on-line in three places.

But not in an obvious location.

A search for what is Metrobus's own service is fruitless. 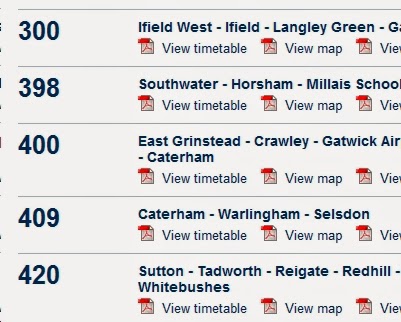 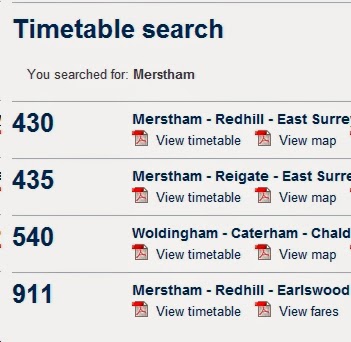 But we can turn to Surrey County Council, who offer a series of "Bus Guides" region by region but which are not available on-line. But timetables are all there, including the 405.

Now fbb has never been a fan of Traveline (you hadn't noticed?) and a glimpse at their timetable index for London and the South East does not inspire confidence. 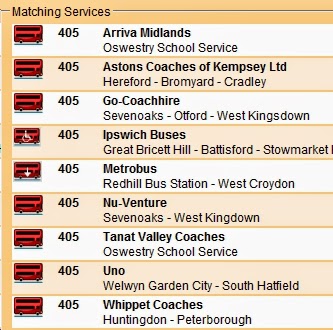 Traveline have managed to move Oswestry, Hereford, Bromyard, Cradley, Battisford, Stowmarket, Huntingdon and Peterborough into the South East of UK! But, there, halfway down the list is our friend the 405.

And there it is; every journey shown clear as clear can be.

... which mysteriously appears twice. Clicking on either of those two leads to this ... 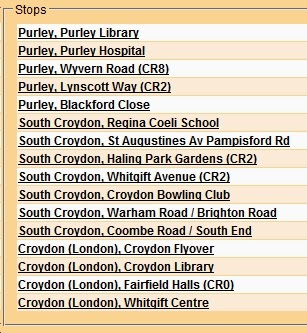 ... a list headed "stops"; which in turn clicks on to the standard TfL panel non-timetable ...

... showing "First bus" but not "Last bus" because there is only one a day. So, as thy say biblically, "the first hall be last and the last shall be first." It is a school journey operated by Arriva and not Metrobus. 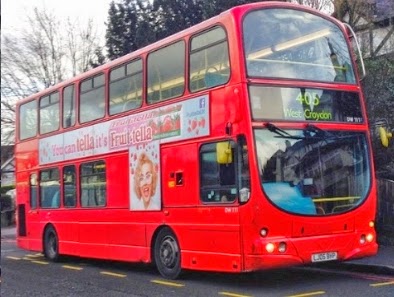 The third source pf 405 timetables is, of course, the redoubtable Robert Munster ho collects and collates ALL TfL timetables in his spare time and then bungs them on-line as both a summary PDF ...

... similar to the now-withdrawn "panels" but with the much more useful full tabular version as well. 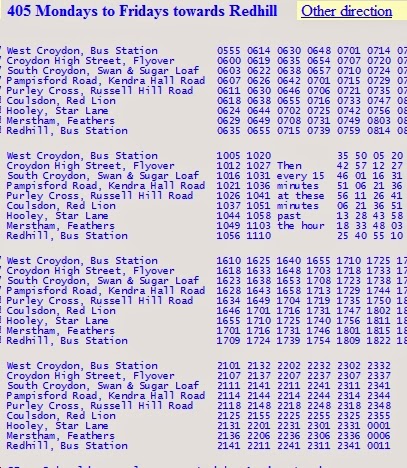 The deepest of deep joy! If you are not familiar with Robert's work have a look at his site (here). 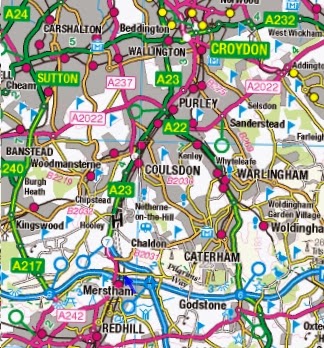 In essence, the 405 follows the old A23 south from Croydon to Redhill, cut back ages ago from its earlier terminus at Crawley. Tomorrow we assess the helpfulness (or otherwise) of 405 route maps from various sources. There is quite a bit of good news and some less good. 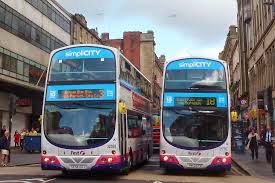