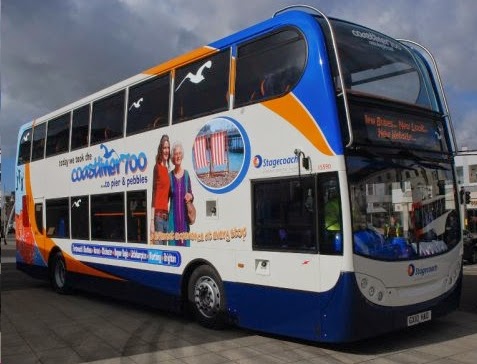 Stagecoach's route 700 has run for over 35 years along the coast from Brighton to Portsmouth. It was even called "Stagecoach" before Uncle Brian the Bearded had ever  thought of running buses. 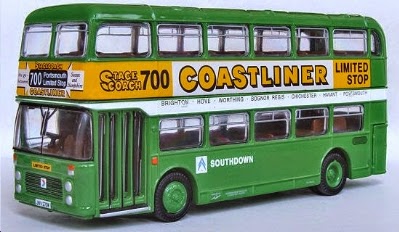 Between Brighton, Littlehampton and Arundel it was once joined by route 701. But in recent years, the whole lot was numbered 700.

Once upon a time the leaflet (at least) had an understandable route map; necessary because there are plenty of wiggles on what is essentially a very long all-stops service which runs fast via the A27 for the short hop between Havant and Hilsea (Portsmouth). Nowadays the web site offers a weird and less-than-intuitive scrolling diagram. 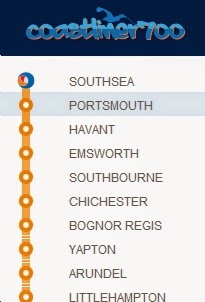 ... and the screen scrolls furiously until you get to a helpful plan of that town - NOT. 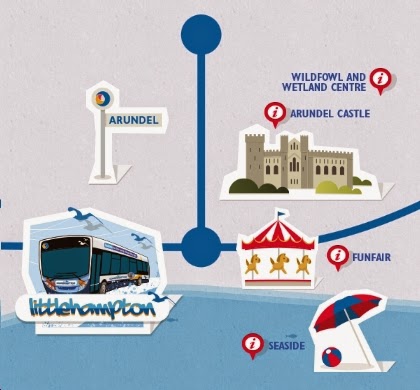 Click on an "i" button and you get a panel about that "attraction" plus, where available, a link to the appropriate web site.

What you don't get is any idea where the bus goes in between or any guidance as to which stops you need. As an exercise in whizzy computer programing it is, well, whizzy; but as a source of useful bus information it is, well, not useful.

Anyway, for some time, the pattern of service has been every 10 minutes between Brighton and Littlehampton, thereafter every 30 to Arundel, every 30 to Chichester direct and every 30 via Yapton to Portsmouth.

For timetable enthusiasts, the repeat pattern looks like this. 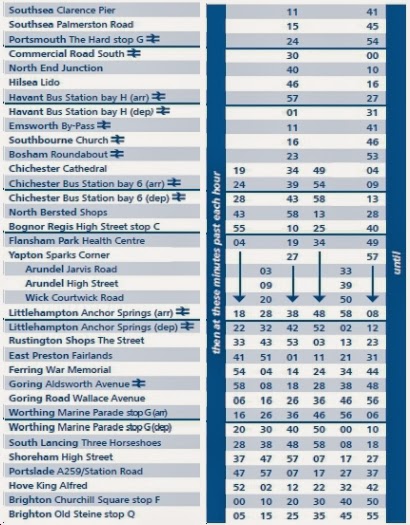 Apart from the minor anomaly of the two buses an hour via Yapton, the pattern has been relatively easy to understand. But last year, Stagecoach did a survey.

But the results seem promising. 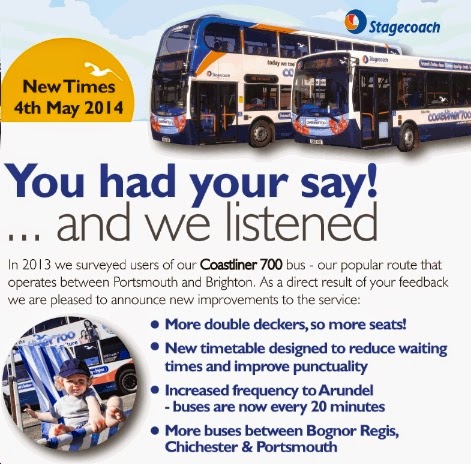 There is an improvement from every 30 to every 20 to Arundel and ditto to Portsmouth. Experts will remember a time a few years ago when there were four buses an hour between Chichester and Portsmouth which soon reverted to every 30!

And users will be pleased to see that the new timetable is "designed to reduce waiting time and improve punctuality".

It's all looking jolly good and beneficial for Hampshire and West Sussex bus users. Three rousing cheers for Stagecoach!

He was a little sad, you see! (Groan) 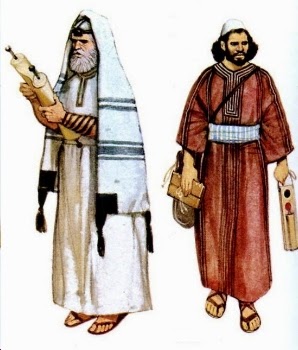 Most of us have heard of the Pharisees and Sadducees. They were the dominant political and religious "parties" of Jesus' time. Jesus had told the parable of the vineyard to illustrate their failure and its consequences and went on to reveal that he knew what was in their mind.

He asked them, "Surely you have read this scripture?"

"The stone which the builders rejected as worthless turned out to be the most important of all. This was done by the Lord what a wonderful sight it is!”

The Jewish leaders tried to arrest Jesus, because they knew that he had told this parable against them. But they were afraid of the crowd, so they left him and went away.