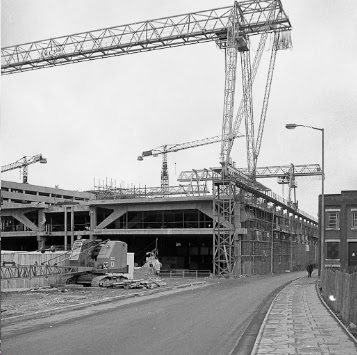 Just for reference:-
See "Bus Station Bludner, Not Big Enough" (read again); which is where this lengthy and convoluted tale started. 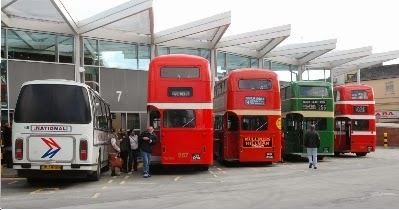 Northampton Corporation (red buses) sold out to Grampian which later transmogrified into First Bus, "Transforming Travel". This transformation was so effective in Northampton that, after years of bad management, the company pulled out leaving the town almost exclusively in the hands of Stagecoach. Stagecoach are the successors to United Counties (green bus).

So how has the first full working day (yesterday) gone. This was the on-line headline at 1430:-

The accompanying picture is worth more than 1000 words! 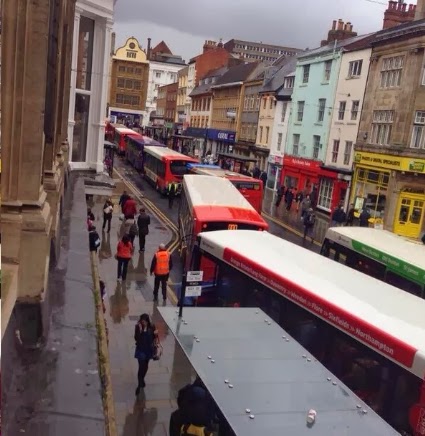 Did we hear someone whisper "I told you so"?

... it's not looking good for Councillor Mackintosh's "facility Northamptonians can be really proud of."

... and not very enthusiastic, to say the least.

... with Northampton correspondent on site to see for himself. Peak time plus school travel is upon us. At 1600 the Drapery had cleared of its jam; so has the problem been solved? 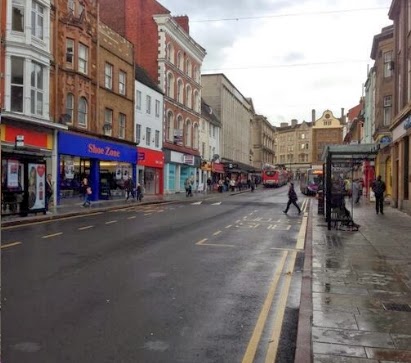 The poster of his picture noted that lots of people were waiting, many in the rain because he shelters are small and offer little protection. The road might have been empty because nothing could get through?

On the other hand, another gridlock picture; but with no timestamp. 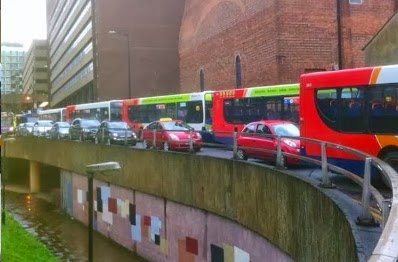 Talking of Councillor David Mackintosh, running a bit low in the Northampton popularity stakes at the moment, here is his "first look around" on 5th February.
fbb is sure today's users will be thrilled to look at the art work whilst waiting an hour or so for their bus. 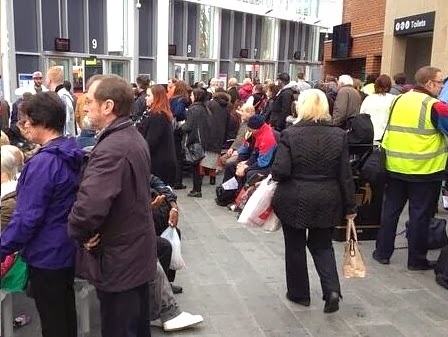 Not a lot of room, is there?

One commentator on the "Herald" site offered a technical explanation:-

"Ye cannae change the laws o' physics Cap'n!" They've reduced entry and exit from 2 lanes to 1 lane. Volumetric flow rate (Q=v'A) tells us if you reduce area you reduce flow. Buses would have to move at twice the speed to equal the throughput of the old station.

Well now! They weren't moving twice as fast for most of today. 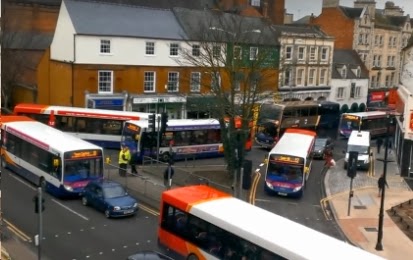 Apparently the mega cloggage after lunchtime was caused by the complete failure of two sets of pedestrian crossing lights; at least, that's the excuse being given. fbb is paying a state visit to his former home town on Saturday 8th March, by which time the "teething troubles" will be all sorted out. 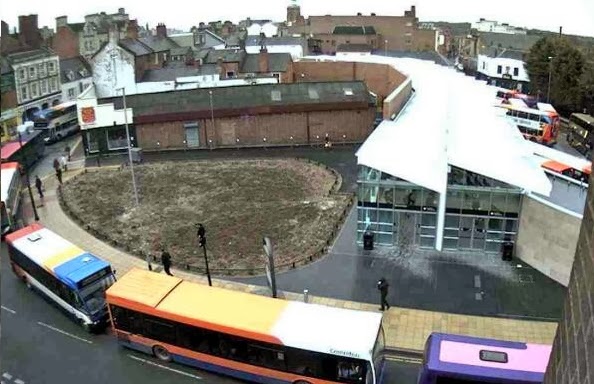 Of course, the Council could have purchased all the low grade property in the "block" pictured above. The bus station would then have been twice the present size and might, just might, have worked. Too late now, of course, unless fbb's alternative policy is adopted. 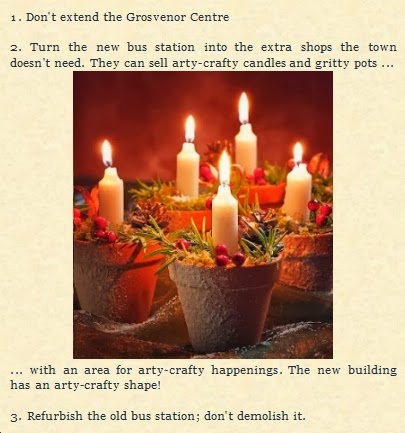 Time to go to bed.

No need to continue - the message is clear.

Next bus blog : Wednesday 5th March
Posted by fatbusbloke at 02:00