fbb (and chums) have arrived at Milton Keynes Central station, aiming to take a ride on the much vaunted new all-electric bus service; Arriva route 7. The service was, in theory, launched back in January but in practice only three of the eight buses needed were available from day 1. Here is a promotional video:-
The gang notice that at least one bus on the service is very much old-tech diesel, (see yesterday's blog - read again) so are obliged to lurk furtively at the long line of bus stands outside the station in the hope hat an electric 7 might turn up. 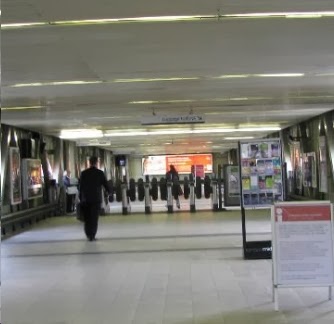 ... was a rack of bus information from which your author grabbed a service 7 leaflet and (joy of joy) a Milton Keynes timetable book. 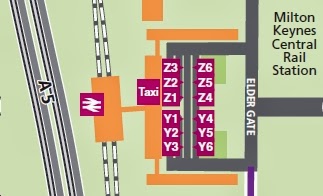 It was the leaflet which guided the party to the choice of stop Y3 for Wolverton and Z3 for Bletchley, at opposite ends of the stopping area! 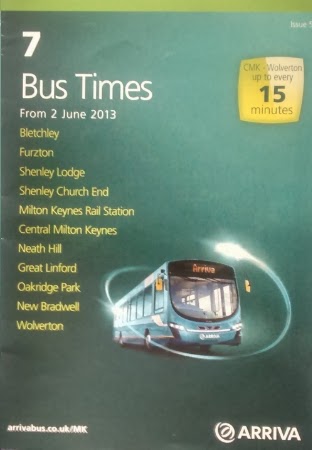 In fact the stops were a little closer, namely Z1 and Y3. Why different? The leaflet on the rack in the station was hopelessly out of date; times changed in January this year to pave the way for the as yet invisible electric buses.

But fbb did not despair. A few minutes later another 7 arrived and there was not the merest whiff of diesel ...

Rudolf Christian Karl Diesel (March 18, 1858 to September 29, 1913) was a German inventor and mechanical engineer, famous for the invention of the diesel engine. 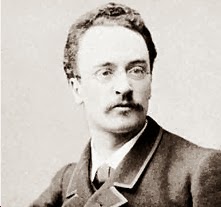 In the evening of September 29, 1913, Diesel boarded the post office steamer Dresden in Antwerp on his way to a meeting of the Consolidated Diesel Manufacturing company in London. He took dinner on board the ship and then retired to his cabin at about 10 p.m., leaving word to be called the next morning at 6:15 a.m. His cabin was found empty during a roll call, and he was never seen alive again. A search of his cabin revealed that Diesel's bed had not been slept in, although his nightshirt was neatly laid out and his watch had been left where he could see it from the bed. His hat and overcoat were discovered neatly folded beneath the afterdeck railing. A badly decomposed body was later found and contents of the pockets identified as those of Diesel. Suicide because of financial difficulties is one possibility.

... the electric bus to Bletchley had arrived at stand Z1! 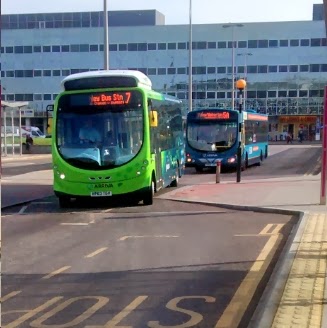 Soon after leaving the station, we passed the next Wolverton-bound 7 on Portway. This was the bus one hour ahead of ours and was not electric either. 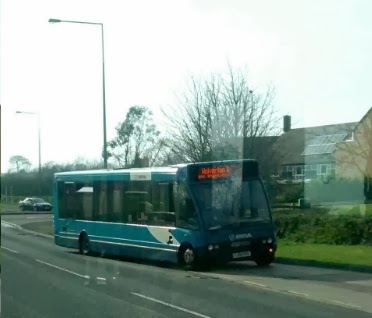 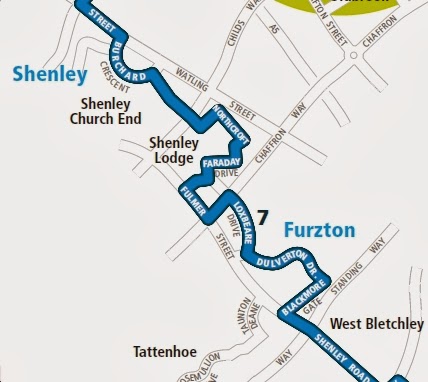 ... all typical examples of Milton Keynsian estates with narrow roads, speed humps by the dozen and loads of hail-and-ride. Furzton Lake is pretty ... 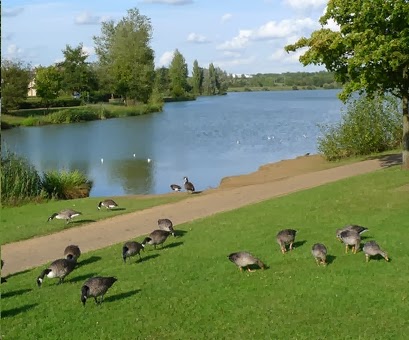 ... and popular with fishermen. It typifies the effort by the city authorities to make the environment as pleasant as possible. An eye or two is peeled to spot the bus 30 minutes in front of ours; but we may have missed it as we are underwhelmed with the view.

The Super Silent Seven is anything but! The electrical whine is at least as noticeable inside the vehicle as a modern well-managed diesel and thus disappointing. Memories of happy days riding on Rotherham trolleybi come to mind.

A sudden panic ensues as the "missing" 04 minutes past from Bletchey is spotted, apparently very late, having left the bus station (apparently, again!) at about 20 min past. fbb just manages to photo its posterior as it waits at the Bletchley Station stop. 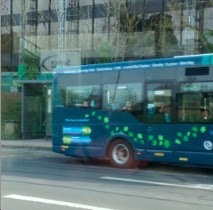 A chat with our driver reveals that six of the eight buses have been delivered (this for a launch in January last, already postponed from December 2013.) "But 'e's only got four out today."

Departure time of 34 past comes and goes, but our steed is anchored firmly to its charging plate. 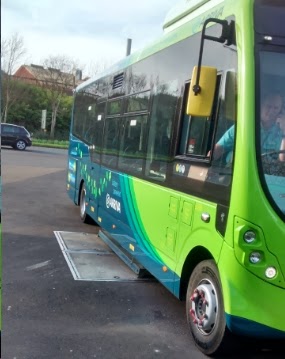 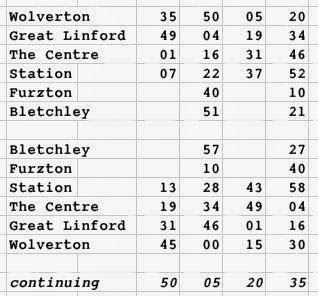 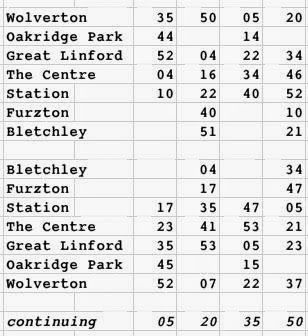 ... to allow for charging. Clever schedulers will be able to work out how many extra "bus hours" and "driver hours" this has cost.

Eventually at 47 past we are invited to board; 13 minutes late. Apparently the charger at Wolverton is only delivering half a charge so our driver is instructed to "give 'er an extra 10 minutes" before leaving Bletchley. We set off confidently and, at the station stop, the previous 04 departure is still there, well and truly busted. Its passengers are, by now, about 50 minutes late!

It is not long before we pass the in-coming next departure from Bletchley, due away at 04 ... 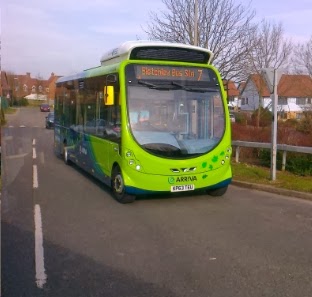 ... it is the third electric of the day; it is already 11 minutes past and, after an extended charge, he will be running at least 25 late.

The conclusion is obvious and was supported by our driver. The project is not going at all well. The theory of the promotional video (at the top of this blog) is not working out in practice; and it is the travelling public that is taking on the role of long-suffering passenger guinea pig.